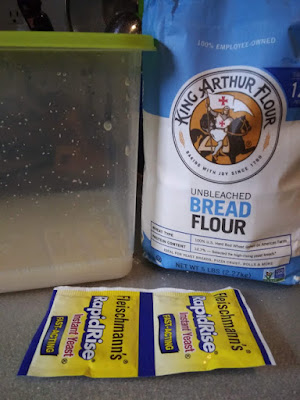 It's St Patrick's Day and I should be making soda bread but I don't have any of the things I need to make it. What I have is the stuff to make regular bread and since I always get a few questions about it I thought I'd show you how it's done. 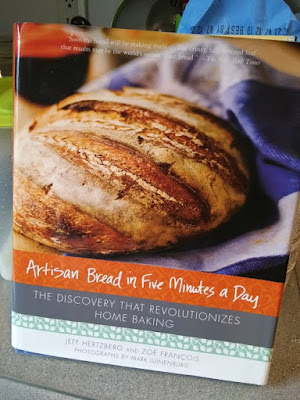 I use the recipes from this book. It changed the way I make bread forever. 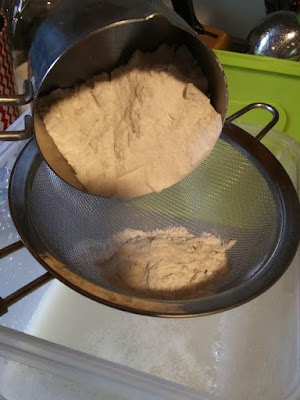 It's so easy and fast. There is no kneading. It's a one bowl process. No mess. No fuss. 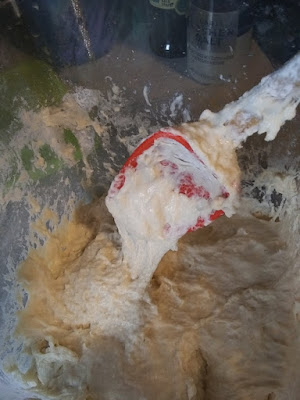 You make a slurry of the warm water, yeast and salt and then just sift in the flour and stir until you get a dough that looks like this. I think any basic bread recipe would work. The only difference is that the dough should still be rather sticky and loose-not firm enough that you could knead it. 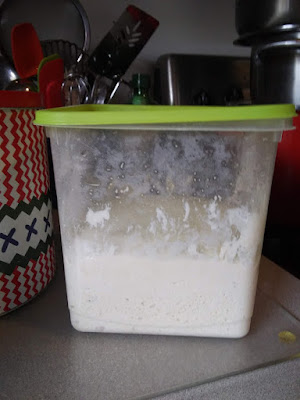 That's it. Now you just let it sit on the counter until it doubles. Then you pop it into the fridge until you are ready to bake it. 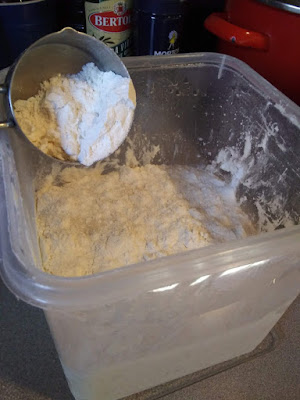 About a half hour before you want to stick it in the oven you sprinkle a bit more flour over the top and..... 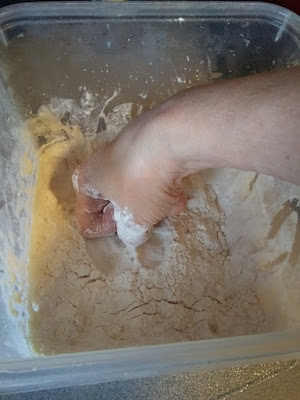 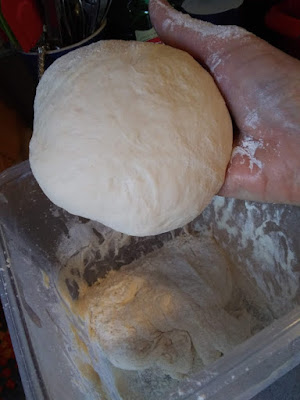 Then you reach down and grab a handful and fold it over itself until you get a nice ball. 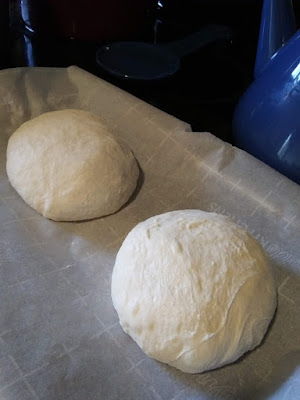 You tuck in any loose ends underneath and plop it on a baking sheet to rise for 30 minutes and then..... 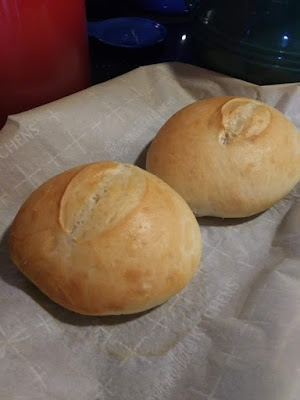 .... give it a slash and pop it in the oven until it's brown and sounds hollow when you thunck it. If you want to braid it or make a baguette or even use it for pizza dough it works just as well. 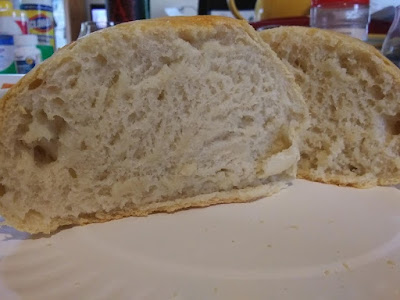 If you steam up the oven with a pan of hot water while it bakes you get a nice crisp crust and a lovely soft, chewy inside. It's so good. 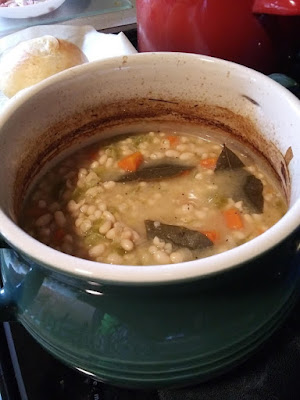 It's perfect with a pot of navy bean soup. It's not exactly our traditional St Patrick's Day dinner but we have to make do with what we have these days. At least my bean pot is green.
Lá Fhéile Pádraig sona duit!
Posted by Araignee at 12:00 AM