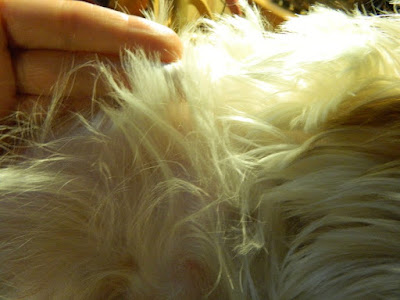 My first few days of the Tour have not been exactly fun. I've been working with fiber but it's not the kind I thought I would be working with every morning. 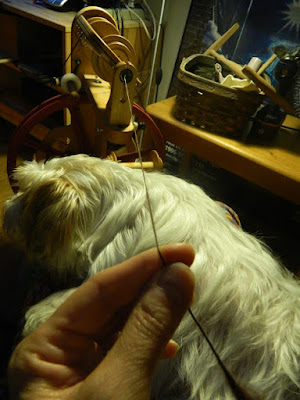 It's Pup. She won't leave me alone. The minute she hears the wheels going she wants to be in my lap. 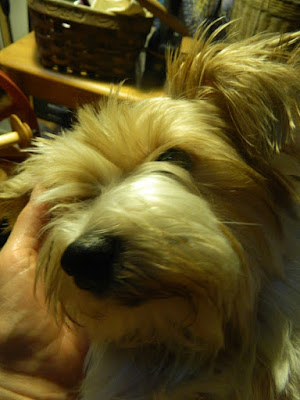 Morning used to be our walk and play time so she's not happy about me sitting down on the job. I put her in my lap but the motion makes her sick. She actually threw up on the morning of the first stage. I was not happy but just look at that face. 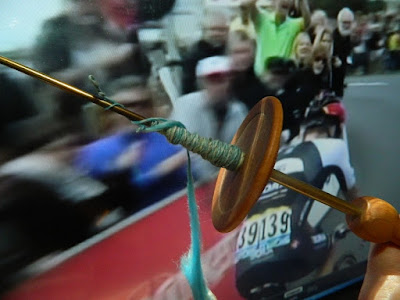 I have better luck with the spindles because I can work standing up. She doesn't mind me standing up. That's cotton right there. Yay me. It took a while to get the hang of it and it's not anything much to brag about but it's staying together and that's the battle right there. 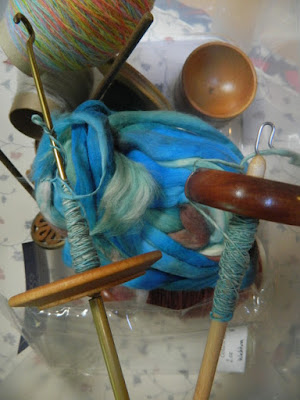 I tried a drop spindle and it worked but it was slow going. My little Spindolyn does a great job. I think I am going to like this. 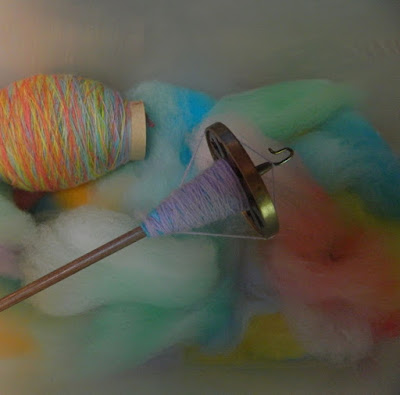 I also dug out this really, really old project. I've been collecting Cormo singles for at least three Tours now. I would say that this might be the year for plying but I know better. 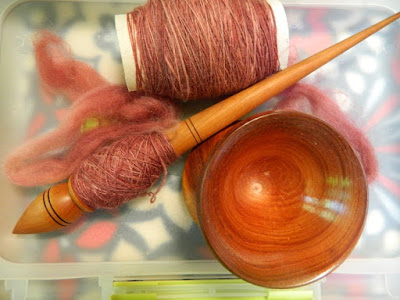 Same for the singles on the Russian spindle. I only work on these during the Tour so of course I never get anywhere. It's become a tradition along with the Cormo so I really don't care. It made me happy to dig it all out Saturday morning because it felt right. You just can't argue with tradition-even when it doesn't make any sense.
Posted by Araignee at 12:00 AM