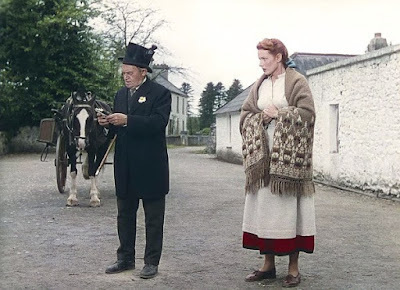 Every time I watch The Quiet Man I fall in love with this shawl and go looking for a pattern for it. 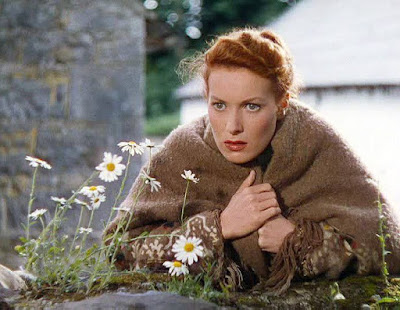 I'm not the only one wanting one of them. There is/was a whole group on Ravelry dedicated to the shawl but they haven't been active in 5 years. 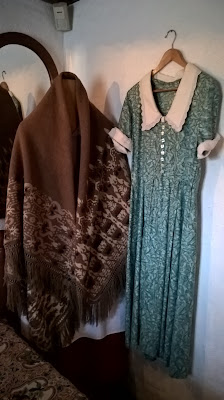 The one Maureen O'hara wore is in a museum in Ireland. Supposedly it's a Galway Shawl and it was woven on a Jacquard's loom and the director, John Ford paid locals next to nothing for as many as he could buy to dress the extras. As a result there aren't many originals left in Ireland. 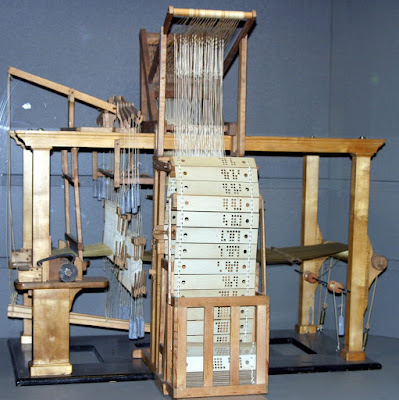 That's the loom in question and there is a video on YouTube here. 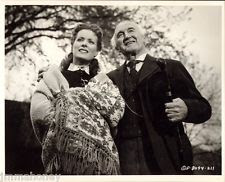 Monday night when I should have been watching convention coverage I was watching TCM instead and darned if Maureen O'Hara didn't prance around in that very same shawl in another John Ford film. This time it was The Thin Grey Line and she called it her Shawleen. It had even more air time than in The Quiet Man. It made me twitch with envy. 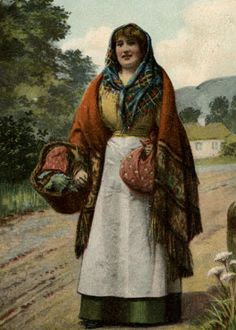 I spent wasted hours researching it and trying to figure out how to reproduce it by knitting it. 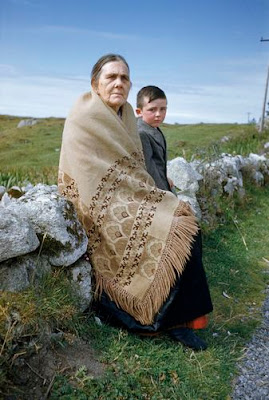 It would be crazy to try it-even for me and I am known to try crazy things. 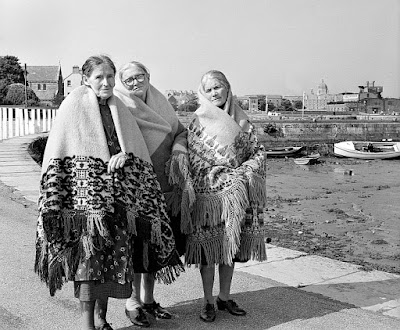 It would take a lifetime though and I'm already pretty old. 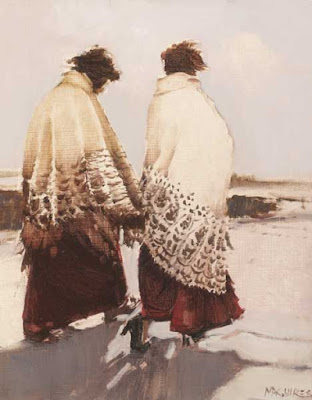 It's a pipe dream I suppose. 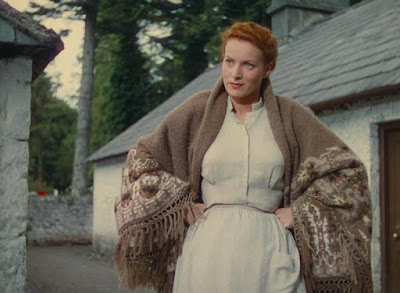 This is the third or fourth time I have seriously given it thought but it's not happening even if I could figure out a way to double knit it. Right?