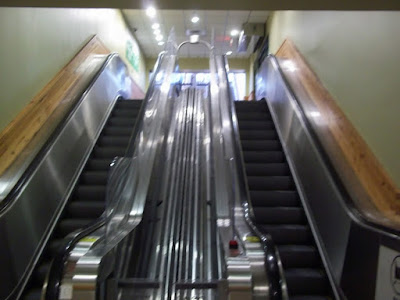 Daughter's building is over top a Whole Foods. You go down in the elevator, and then up the escalator and come out right in the middle of the store. It's weird and for me very disorienting. 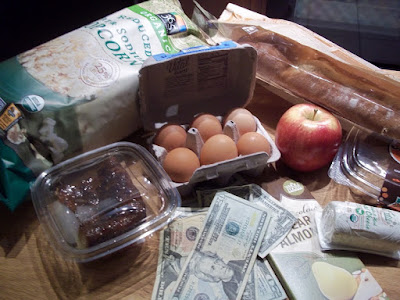 Daughter had left me a pile of twenties to buy food for my stay. My first trip down resulted in my coming back with lots of weirdly indulgent odds and ends. I shopped forever but I have to say, as pretty as everything is displayed, Whole Foods just doesn't do it for me. Having said that, the baguette and goat cheese were perfect. The bread pudding, pumpkin chocolate chip cookies and dark chocolate pear and almond bar were beyond yummy. The popcorn and brown eggs were as expected and the only disappointment was....believe or not-the apple. As perfect as it was on the outside, it was rotten on the inside. 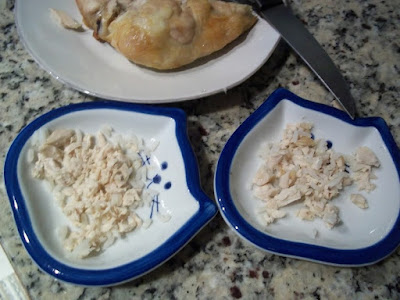 The next day I went shopping for the kitties who both had very upset tummies. They are prone to tummy issues when stressed so I cooked them some fresh chicken, salmon and rice. I also picked them up some fancy schmancy kitty food to plop on top if they balked at people food but it wasn't necessary. They gobbled it up and it seemed to settle them both down which was a big relief as I was growing tired of cleaning kitty barf off of Daughter's light beige carpet. 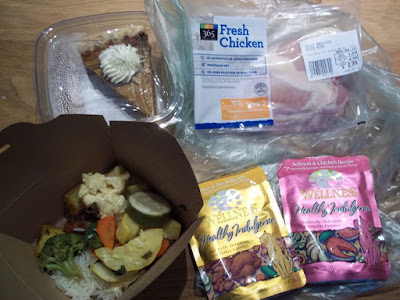 I threw a couple of spoons of food from the hot bar in a box for my dinner and it alone came to $6. The slice of pumpkin pie was a bargain by comparison at $2.  Those five items came to $16. Sheesh. I am so happy I don't live here. I would most certainly go broke. 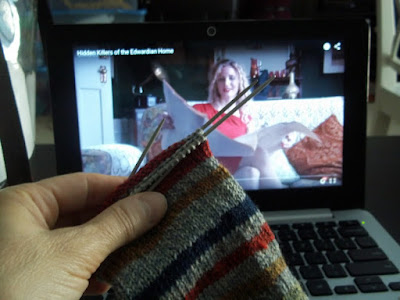 On the last day of my staycation, I got all caught up knitting again and watching BBC's The Hidden Killers history series on You Tube. Scary, scary stuff but a great way to kill three hours. 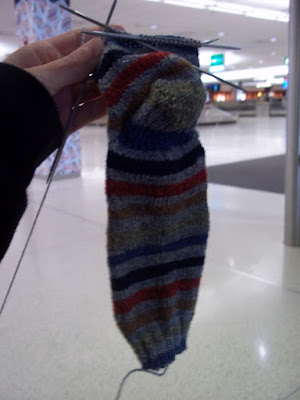 The next morning I only managed a few minutes of airport knitting while waiting to pick Daughter and Hubby up. 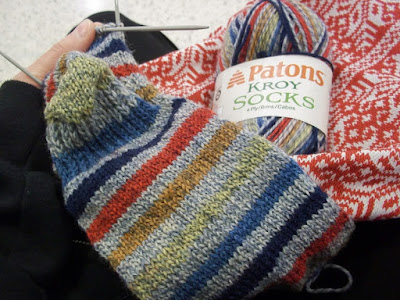 I left her condo in Bethesda at the same time they were boarding their plane in Florida and I made it to BWI just as their plane was landing. An early morning accident with an unfortunate fatality on the highway in front of their complex created complete gridlock on every road leading to the Beltway. I sat in traffic for hours. After picking them up and dropping them off, I still had my hour's drive home. Whew. Was I happy to be home.