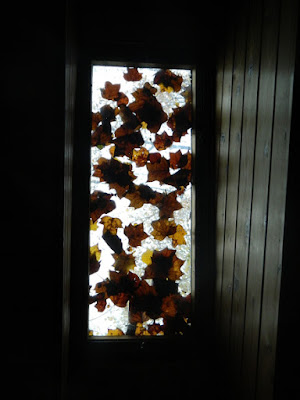 It was oddly dark yesterday morning. 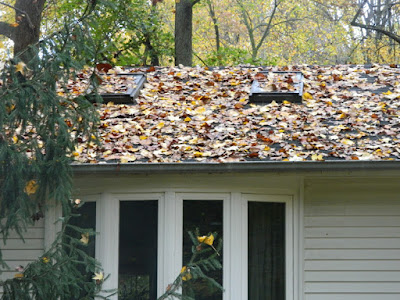 It seems my poor little house was covered in leaves. 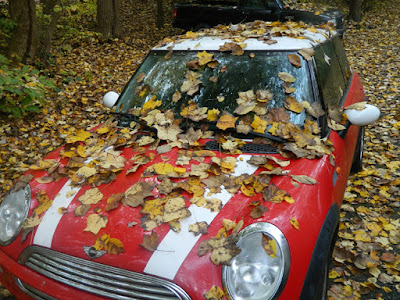 And it wasn't just the house. Poor Mini is a mess too. 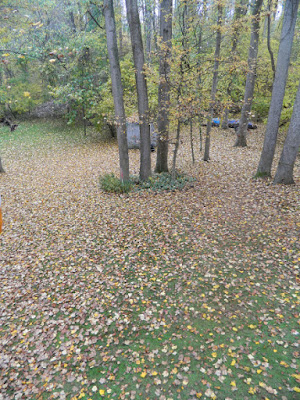 The Mister takes great pride in keeping the leaves up but we were fighting a losing battle yesterday. Instead of the usual trickle it was a blizzard. 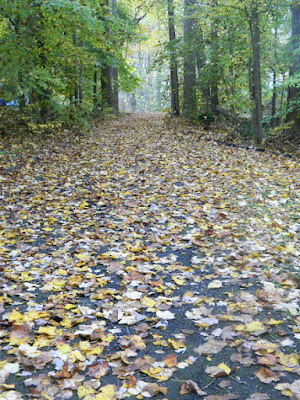 It was a leafy snowstorm all day long. 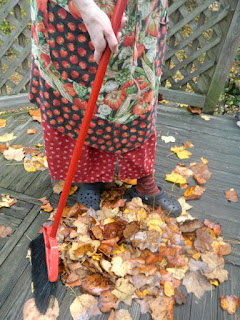 I'd no sooner sweep them up then they would be back and deeper than ever. It was very odd. 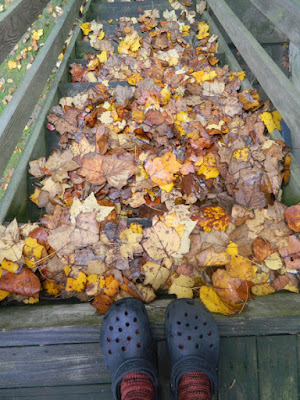 If this keeps up we won't have a leaf left by Thanksgiving. I should also mention I had to turn on the AC as it was also hot as blazes. This should be an interesting winter.