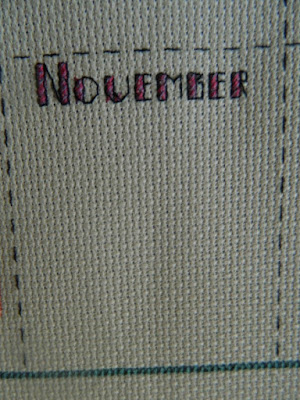 These are dark days around here. The sun as sunk down behind the house and the leaves that remain are keeping us in shadow. 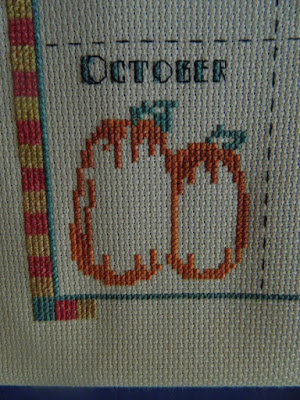 Even with my new bright Ikea light and extra super duper magnifying glasses, stitching has been slow going. 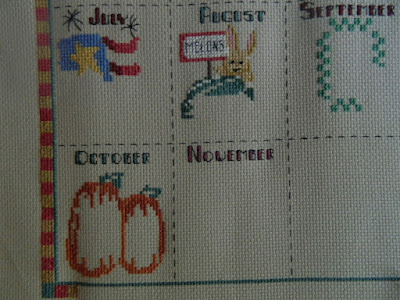 When the sun comes back in January and my couch is covered in beautiful warm sunshine every afternoon this is going to be a pleasure to pick up again. Lately it's been a chore. 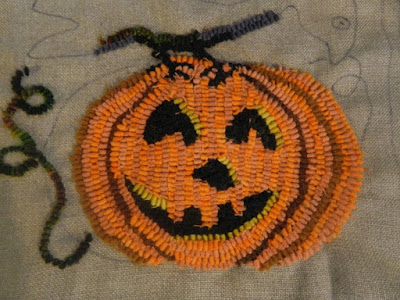 I have to admit that I spent more time on this than on stitching in October. This is the official 2015 mugshot because it's now all put away until next year. 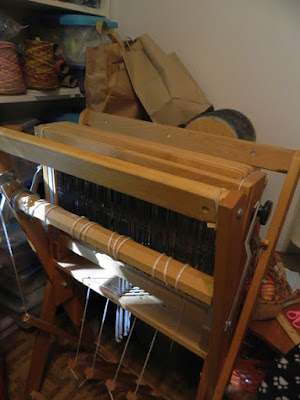 Speaking of being put away, the latest weaving project is also a done deal and my little loom has been packed away until after the holidays. Sniff, sniff. I had to hastily cut the towels off and store them until I can free up some time to deal with those hems. I'll have to finish it all later because there is something urgent and very big sitting in the middle of my living room-but that's a post for another day.

As for that Halloween prank with the Echo app, it worked perfectly from Daughter's house. First, my Pandora Spooky Symphonies station blasted the theme from Psycho and then the Theme from Beetlejuice late last night. The Mister thought the parrot was turning it on. Hahahahaha....