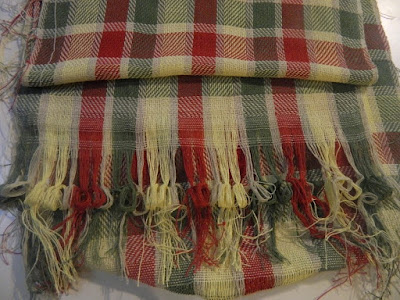 There was so much going on chez moi in the days leading up to Halloween that my last weaving project got snipped off in a hurry and packed up in this sorry state. 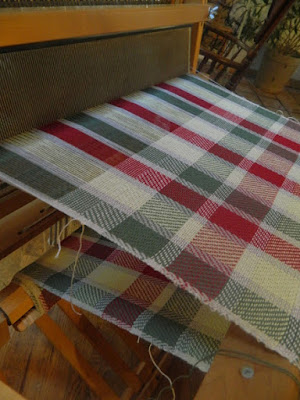 I did take a few photos before I went for the scissors. 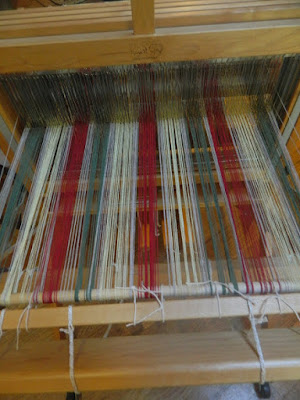 I had this much warp left. I was worried if I would squeak out the last full sized towel but I did with a bit to spare. 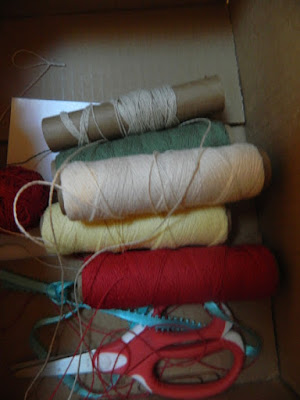 I also had quite a bit of yarn leftover. This was a very generous kit from Cotton Clouds. 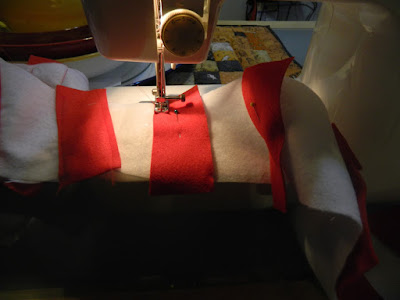 It had to get packed away because I needed the space. 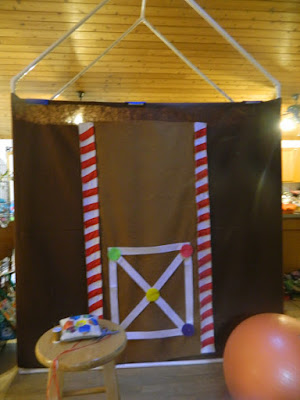 The space the loom took up is now occupied by the beginnings of a very large (and a bit wonky at the moment) gingerbread house. I've got to cut all the pieces out, pin them on as straight as possible and then find the time to hand sew them on. This is only one of the three sections of it that need to be finished asap. That roof is not going to be fun. Thank goodness I have high ceilings. 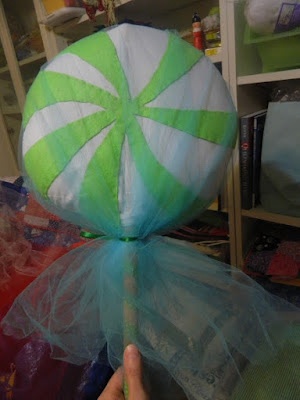 There is also candy to be made. Lots and lots of candy. 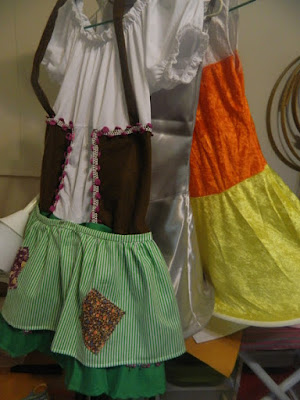 And costumes that need to be re-made as some of the ones we bought were awful. I had to make a Hershey kiss from scratch. 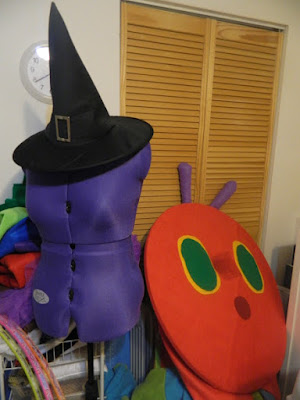 Then there was that huge caterpillar that needed to be sewn together. It was only pinned in place so I could figure out how to fit four girls in it. I had to hand sew in all the hula hoops that makes up its body but the worst part was cutting a hole in its cute little face so I could put in a piece of red screen so the lead skater could see where she was going. That meant digging a big hole in all that head padding and then covering it with more red fleece to neaten it up. Oh, that was a job. We are quickly running into the holidays and running out of ice time for practice so everything needs to be put into production NOW. Ouf.
Posted by Araignee at 12:00 AM