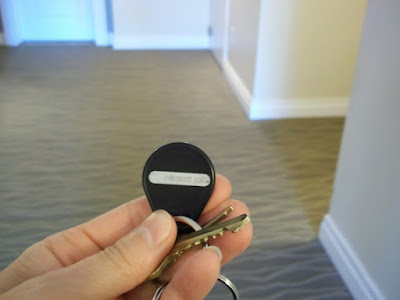 As you know, I've been kitty sitting at Daughter's this week. It's been terrifying. It's a very high security type of place filled with snooty urbanites. You have to use this disc thing to gain access to everywhere you go. I stood in the elevator going nowhere for who knows how long until I figured out you have to swipe even inside the elevator. It's not enough just to swipe to gain access. Sigh. It's been tough. 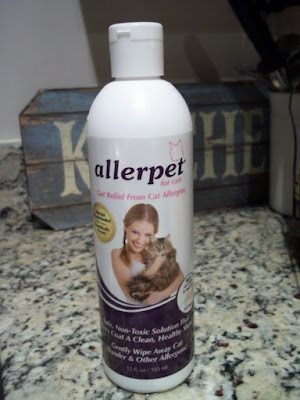 Then there is the matter of the kitties. I'm terribly allergic to kitties so I have to go over the place with this stuff. I swear by it. It may be all in my head but it keeps me from having asthma issues. At home I wipe down my kitties with it. At Daughter's I give the place a good wipe down and steer clear of the kitties. 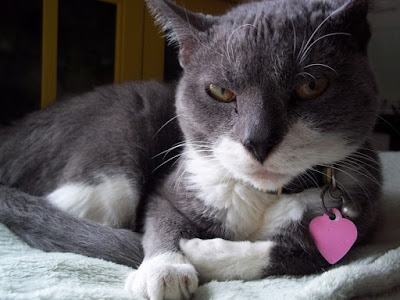 That's no problem because they are not very fond of me. 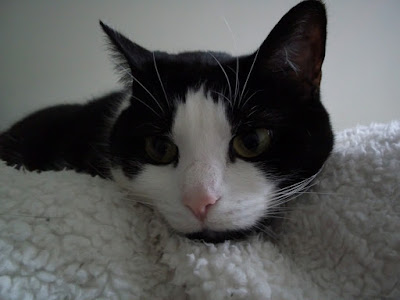 They know Mom and Dad are gone when I show up so they pout and throw up all over everything. 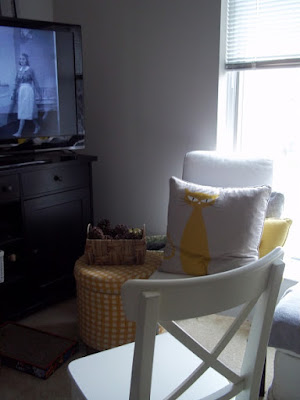 The first two days of the four day staycation wasn't too bad. Lots of TCM and knitting next to a sunny window. I never left the place or even got out of my pjs. Sweet. 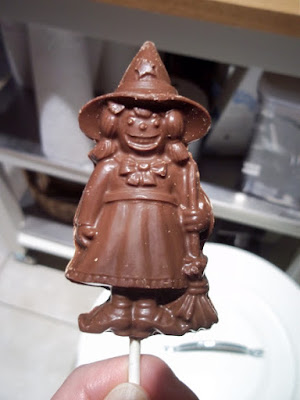 I had brought a box of cheerios, some soymilk and a bag of Popchips. Daughter left me this chocolate witch and with the cans of soup I found in the cupboard,  I had plenty to keep me alive until I felt like going out for groceries. 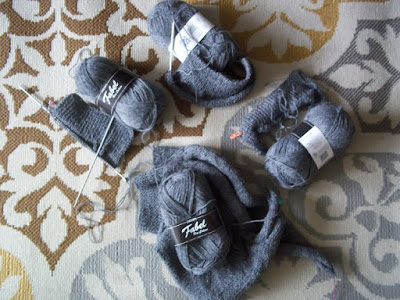 As for knitting, that's son's cardi being knit all at once in pieces. If he shows up at anytime over the holidays I want to be able to see if anything fits so everything needs to be partially made. It's actually not a bad way to do it. All the pieces are different so it's like having lots of projects which as you know is my favorite way to knit. 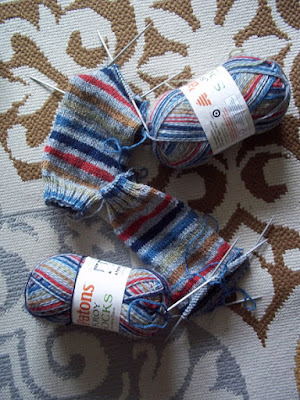 Same thing for these socks that will be gifted. Knitting both at the same time is like having someone knit the other one for you. It makes the process go so quickly it'll amaze you. 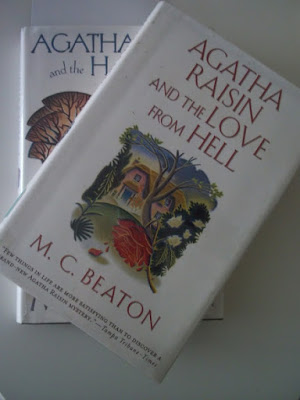 When I wasn't knitting I was reading. My library didn't have anymore of the Flavia De Luce books that I am in the middle of so I had to make due with someone else-Agatha Raisin. The verdicts still out on how much I like her. I listened to the first book in the series a while ago on Audible and it was read by the hilarious Penelope Keith so it was her that I pictured as I read. It helps as the middle-aged, man crazy Agatha is a bit on the unlikable side. It also didn't help that the woman drinks like a fish and I had neglected to bring even a bottle of wine to get me through the long nights. Sigh.