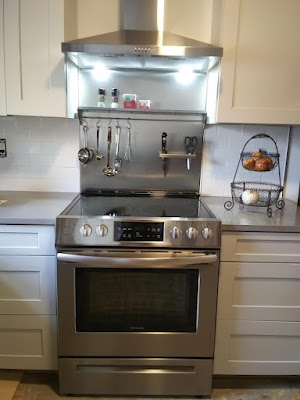 I knew it was too good to be true. There doesn't seem to be a new stove in our future-not anytime soon anyway. All week long The Mister fought with Lowes and Fridgedaire and it seems that even if the technician says it needs replacing it counts for nothing when it comes to the folks in the office. Lowes literally laughed when we gave them the file number the tech gave us for an exchange. Frigidaire said that they don't replace ovens for smelling bad and didn't understand why the tech would tell us otherwise. I did some research online and found lots and lots of folks mad about their smelly Frigidaire ovens and none got anywhere trying to replace them even when they had photos of burning insulation inside them.  Sigh.... 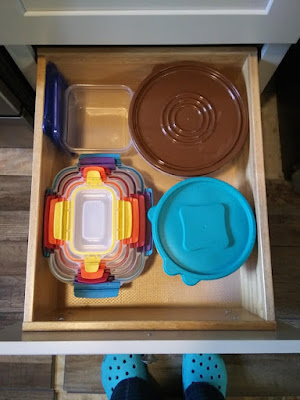 Oh, well we'll fight on but today I'd rather ramble on about some other thoughts I have about the kitchen remodel. Even though it is far from finished I'm just starting to feel comfortable with all this new stuff. It was a bit intimidating at first. I love the big drawers for storing stuff. I used to just have under counter cabinets but the drawers are so much better for organizing. 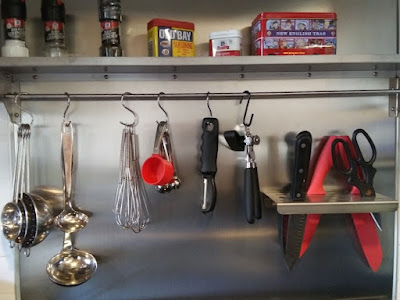 My industrial behind the stove backsplash has been so handy. I keep all the stuff I reach for all the time right where I can get it. 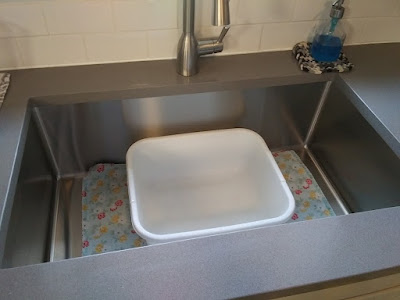 My new sink is a love/hate affair. I love the size of it but it is a pain to keep clean. It also scratches easily. I keep a plastic dishpan in it so I don't have to put stuff right on it and I even keep a towel under that. I tried some sink protecting mats but they left marks. 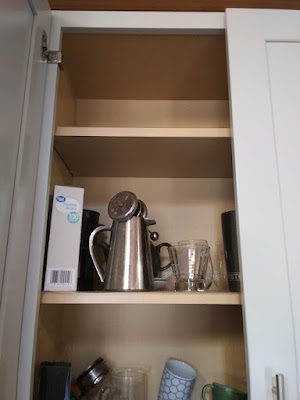 I opted for the extra tall cabinets and I have to say you really can't reach those top shelves. Most of mine are empty at the moment. I still haven't organized the rest of the new cabinets because I still have two plate and cup racks to put up whenever we get the floor down and the dining area put back together. 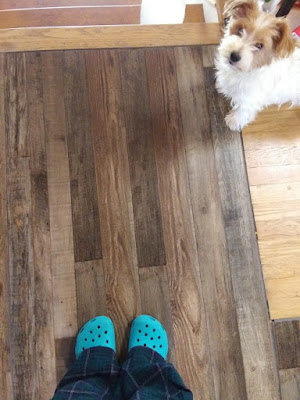 Speaking of the floor I've had a few weeks now of walking on the planks that we will eventually put down. We were waiting for the stove issue to be resolved but might as well get started. At least that's what The Mister said yesterday. 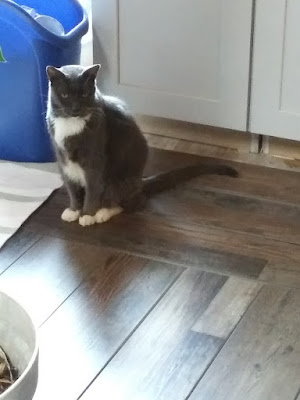 I think I am going to like this floor. The cats and Pup have done their worst on it and it's still looking pretty good. When the sun shines on it sometimes it can look spotty which reminds me to go mop it up which is easy enough. It hides dirt a little too well for my liking-but it's probably something I can get used to.