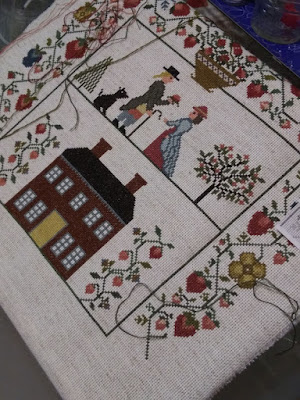 There were some real issues with Needles and Pins over the past few days. A little voice kept telling me that there was something wrong but I kept stitching. 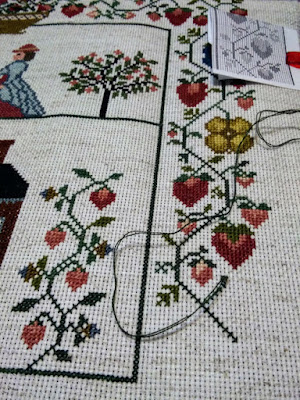 See that long vertical green line of stitches that frames the thing all the way to the top? It's not the same one that was there two days ago. I had to rip it out and move it over. By one stitch. I know I could have just ignored it and gone on but I couldn't and I didn't. The thought of it even woke me up out a sound sleep so I knew it had to be done. It still looks a bit lopsided but that's the pattern's fault not mine. It's not centered. I counted it out a million times and for some reason it's really not so I'll just have to deal with it. 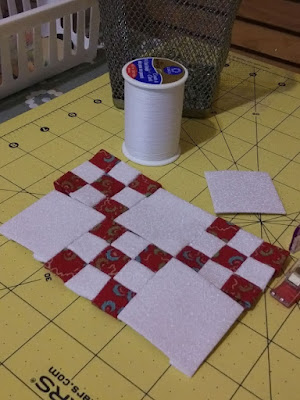 Dear Jane has another row completed but I can already tell there is going to be more drama when I have to join those wonky rows. I'll worry about it another day. One issue at a time is all I can deal with at the moment.
Posted by Araignee at 12:00 AM