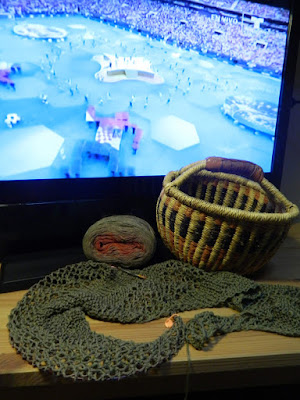 Four years ago I started a World Cup project that was a total disaster. As soon as the final game was over I ripped it all out. It was all I could do yesterday not to rip this one out too. 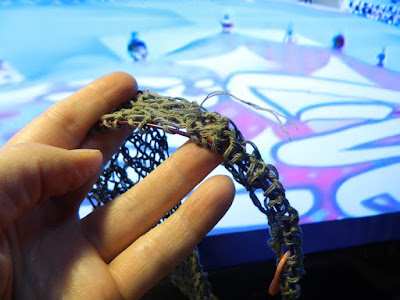 My first gripe is with the yarn. Not only is it a terrible, drab color (my fault for picking it) but look at the little "eyelashes". I have them all over the thing because they just tie the individual ply whenever they run out I guess. I have no idea how to weave in anything this tiny. 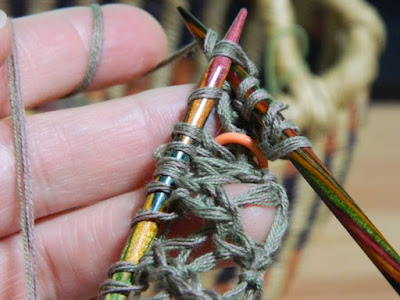 It's four strands of unplied cotton and it's a real pain in the neck to work with. Some people love this stuff. I have no idea why. 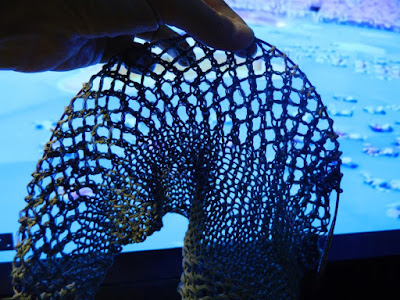 If the yarn wasn't bad enough my knitting has been even worse. It's a simple pattern but I goofed it up by not paying attention and then trying to fudge it. My yarnovers are supposed to match up. Mine are all over the place. Ugh. You can't rip this stuff out so I'm stuck with it. Being cotton you can't block it either so it is what it is and it's pretty darn awful. 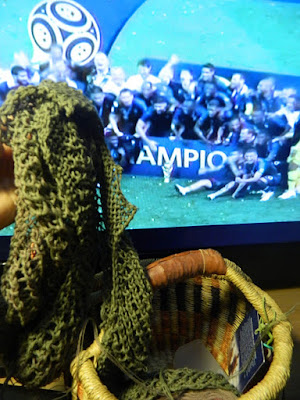 Having said all that, I am going on to the bitter end. I will see this thing through and hope to have it done by the next World Cup. Maybe. 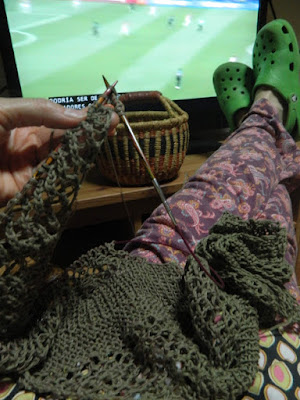 I am going to miss having 90 minute knitting breaks during the day. 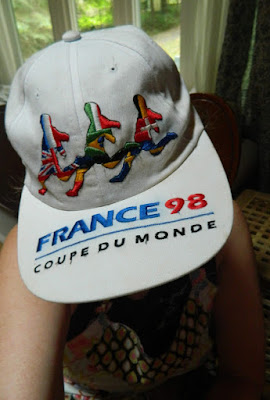