A Brief Return to Winter 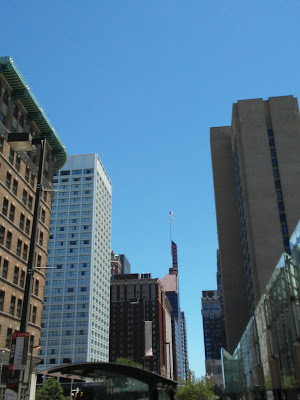 Daughter and I went off to Baltimore yesterday. 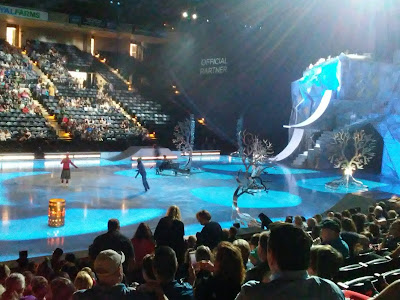 She has been dying to see Cirque du Soleil's Crystal since she heard about it last year. The audience was welcomed by performers acting as if the place was a neighborhood skating pond even before the show started. It was all very charming. 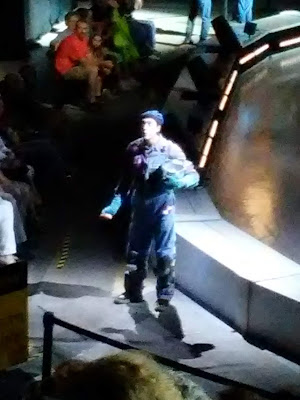 Out of the blue someone started lobbing snowballs into the audience. Real snowballs. The guy in front of me got clobbered. It was all good fun and after the heat we had last week a little snow was just what we all needed. 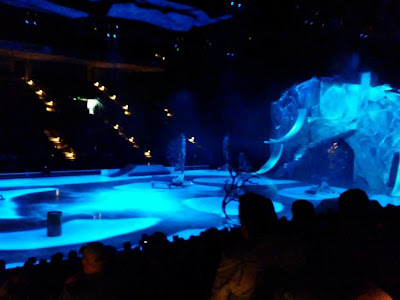 When the lights went down the place was transformed into an icy wonderland. As they do in the Winter Olympic opening ceremonies, they used the ice as a big screen to tell the story. 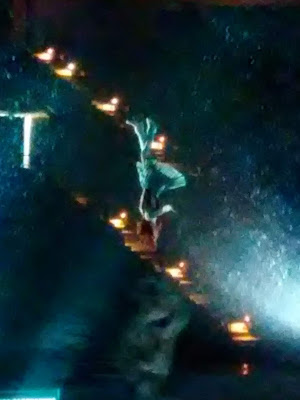 Here is our star hanging over the audience upside down in the middle of a blizzard. When she swung and flipped all over the place on the trapeze, still in skates, my heart stood still. 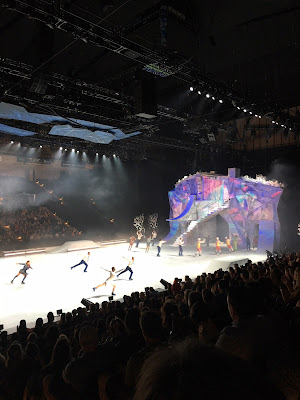 It was a spectacular show combining traditional Cirque entertainers with figure and hockey skaters. 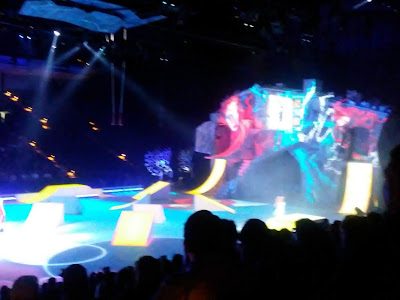 I wish I had taken more photos but I was too mesmerized by what was going on. The hockey skaters were flying up and down ramps with such speed I half expected one to land in my lap. 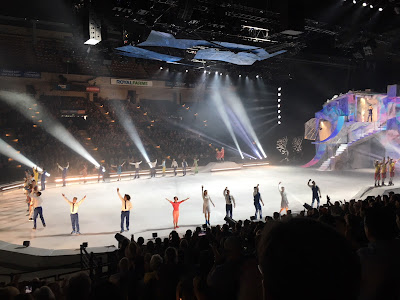 Those two hours flew by.