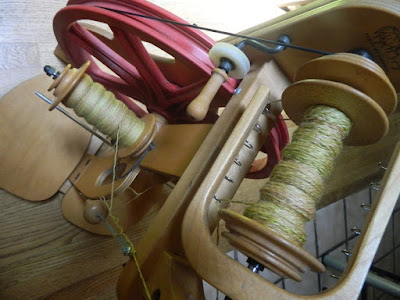 The Tour de Fleece has officially begun. That means for the next few weeks I will be boring you to death with way too many posts about fiber. 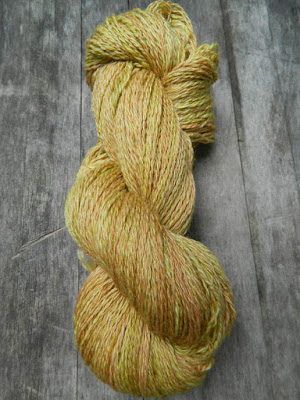 Stuff like this. I've been peddling like a madman all week trying to get the Ladybug free so I could start something new today. This superwash Merino has been hogging the wheel since early spring. 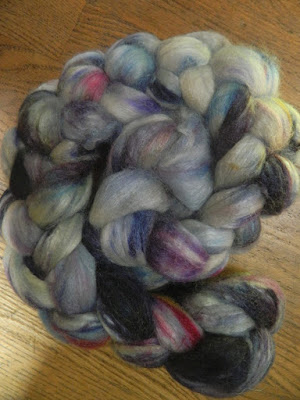 This is my official TdF entry. 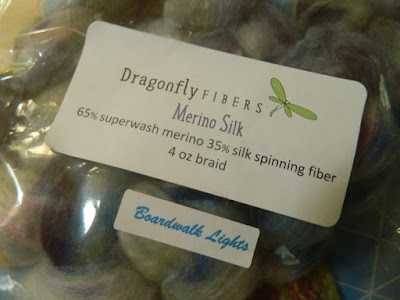 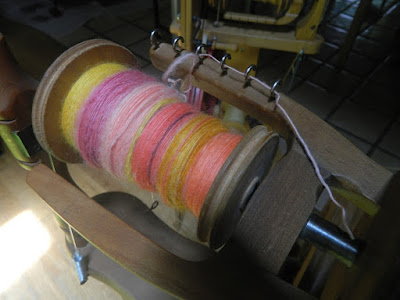 The Traveler still has the Merino fleece experiment on it and will have for ages. 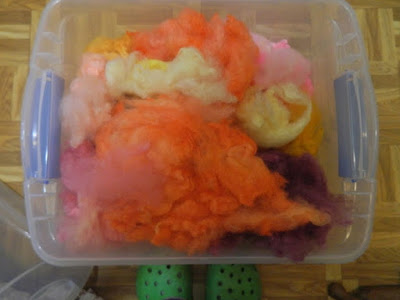 I've got a giant tub of locks I am spinning one by one in a rather willy nilly fashion. 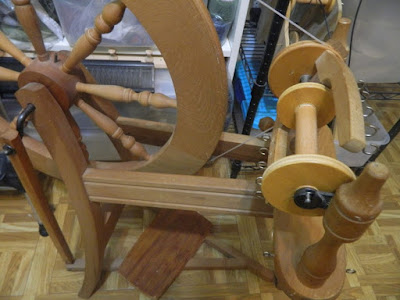 The Traditional is empty. I'm not sure what's going on her. 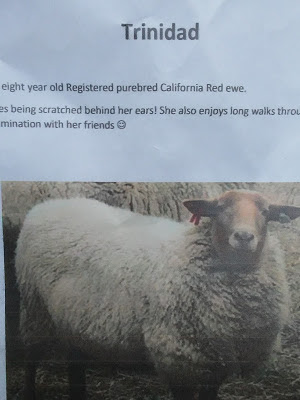 I am supposed to be spinning all the rolags I should have made from the fleece of this little Miss but alas....the wet spring and the early hot summer squashed my dreams for fleece washing this year. I may do a handful or two but I really don't even want to go out to the fleece shed at the moment. It's that bad out there. 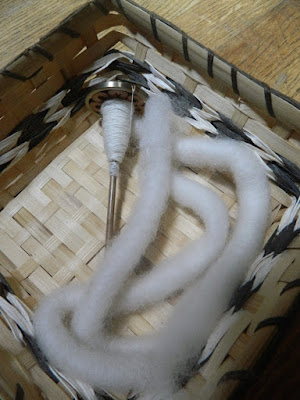 I haven't even finished the sample from the few rolags I did manage to get done back in May. Maybe that should be my only goal this year. 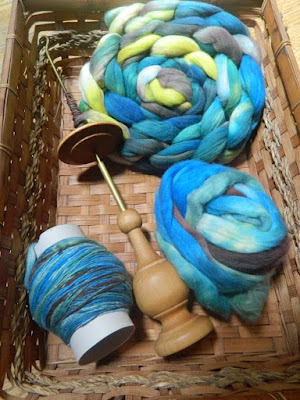 Having said all that, what I really want to do for the next three weeks is spin this. It's cotton. It's hard to spin but I like the idea of cotton. It's just too hot and humid to have any nice thoughts about wool.