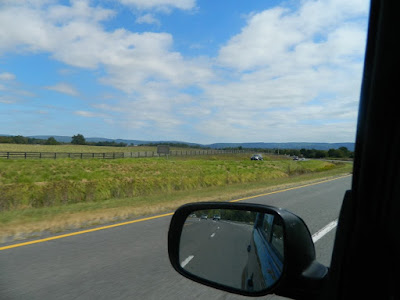 I was heading up the country early Sunday morning. 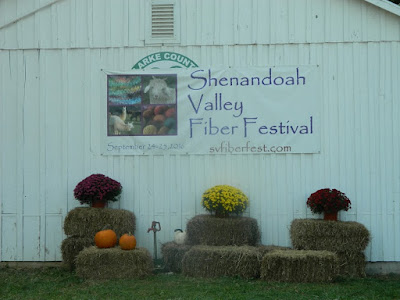 While The Mister was doing his intense football watching thing I took the day off from home improvement and went to the fair. 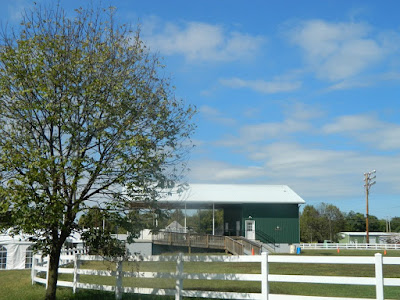 It was the first nice day we've had in ages. It was not sweater or wool sock weather but it was comfortable enough to be outside. Hallelujah. 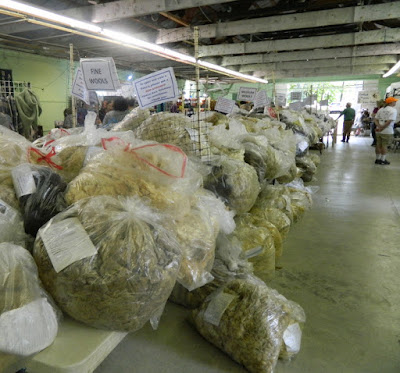 I browsed but was not tempted by the fleece sale. The shed is full as it was too hot to think about washing anything this summer. 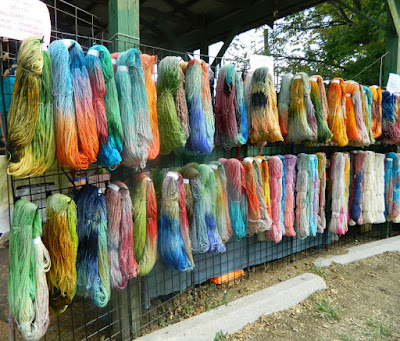 There was plenty of yarn to be tempted by. 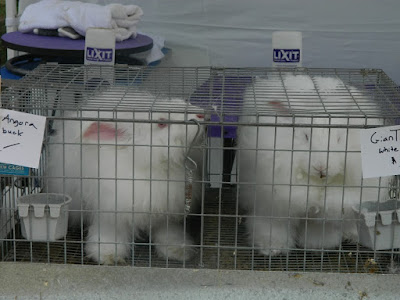 There are always lots of bunnies here. The couple walking out ahead of me had a bunny in a box that they had just purchased. 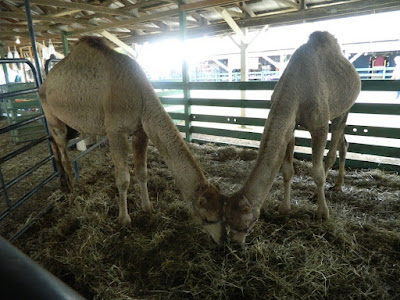 Instead on one old camel, this year we got two young ones. 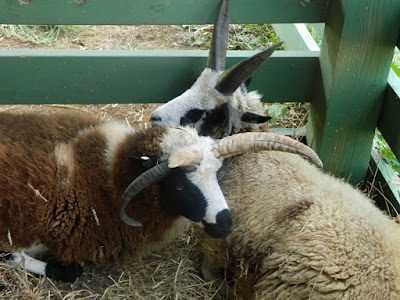 There's not many sheep or goats to look at. This fest isn't about the livestock as much as it is about buying stuff. 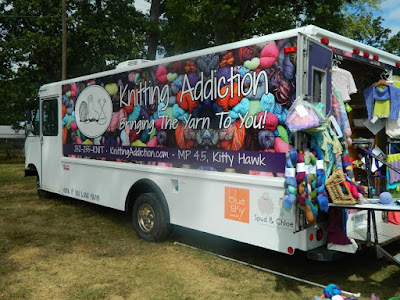 I love this vendor's set up. It's always too crowded to get close enough to see what's up. 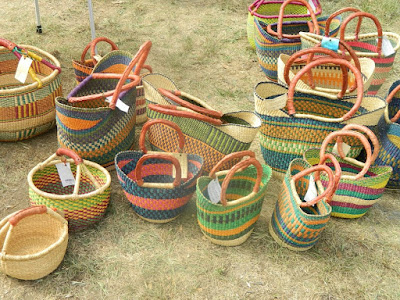 There were lots of baskets at this festival. You can't have enough of these. 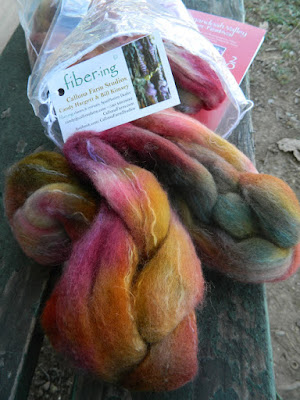 My first purchase was some fiber. BFL and mulberry silk to be exact. Someone just gifted me a pattern-more about that on a later post-but this is the fiber I will spin for it. I bought it from Fiber-ing at Callaluna Farms Studios. I almost had a breakdown trying to decide on a colorway, they were all so gorgeous. 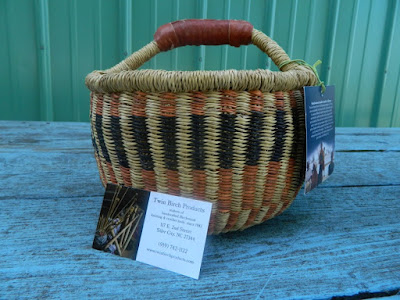 You knew I had to go back and get one of those baskets. My second purchase was this itty bitty one that matches my big one. I picked it up from Twin Birch Products who had the best prices. 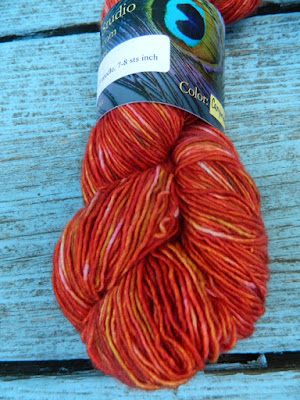 I walked my legs off looking for sock yarn. My rule is that I can't buy from the same vendors that I bought from last year and I'm running out of new sock yarn vendors. This is a kinky superwash Merino sock yarn from Unplanned Peacock in the Canyonlands colorway. 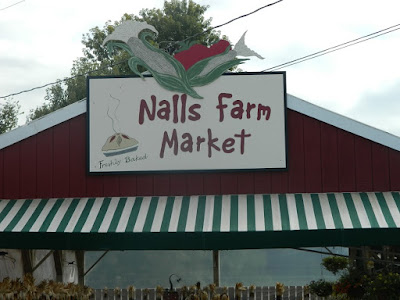 On the way home I stopped at my favorite farm stand. 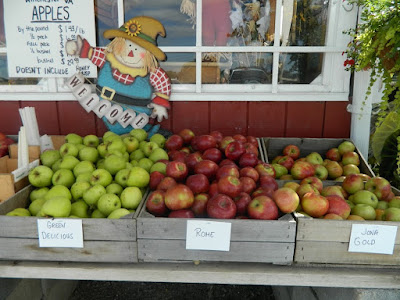 They usually have the best apples and produce you can find but it wasn't so this year. There was very little to choose from. 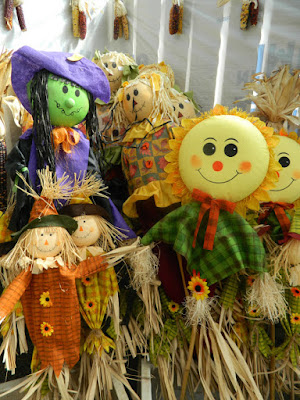 There were plenty of nice pumpkins and yard doo dads but I wanted apples. Real apples. 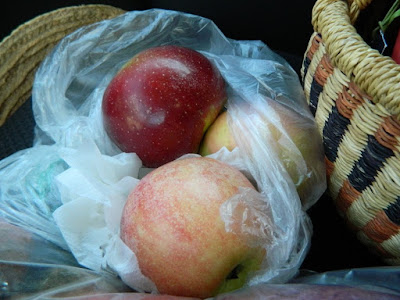 I picked out three that seemed promising but they weren't. It must have been a tough summer for farmers. I know it was for me.