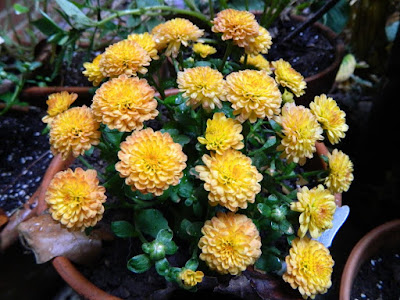 My impatiens were a bust this summer. I bought lots of big clay pots and all I had in them were ugly dead stalks. 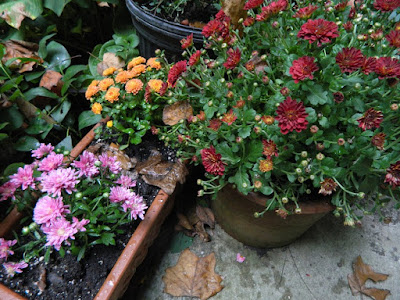 As soon as the mums came out I ripped up the dead things and replanted. 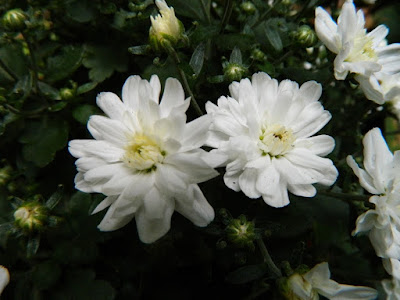 So far, so good but a few are starting to turn brown already and some of the buds are drying up. Jeesh. I've had no luck this year with my clay pot garden. 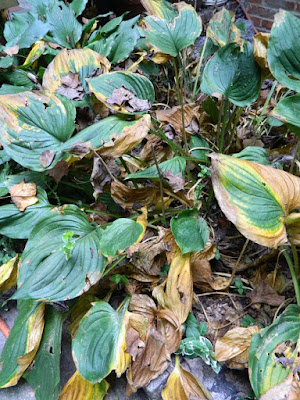 Speaking of drying up, the hostas are already doing just that. It's been HOT and dry so I guess they are ready for their long winter nap a bit early this year. I know I am. 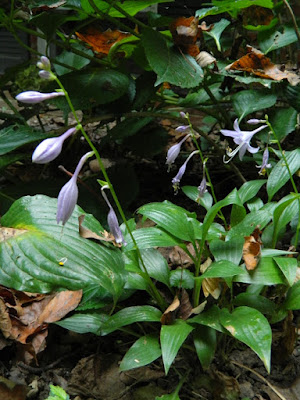 One teeny tiny hosta just bloomed however. We transplanted this itty bitty one in early summer from The Mister's mother's garden. A September blooming hosta? That's odd. 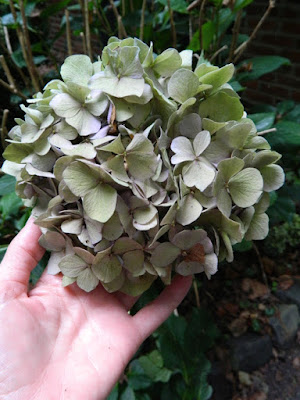 My hydrangea bush looks like a big dried flower bouquet. 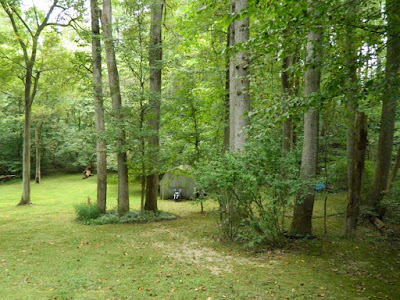 The whole back yard is starting to go gold. As I know I have mentioned whined a million times before, it's still HOT and muggy here. Ugh-o. Fall, where the heck are you? I need some sweater weather.
Posted by Araignee at 12:00 AM