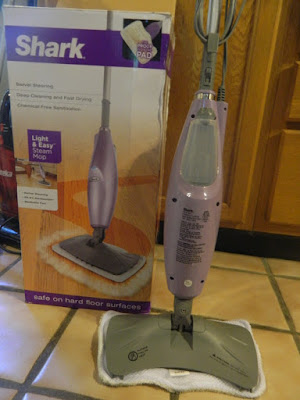 First let me say that the cleaning thing is still raging on. I even have another new weapon in the war against grime. It was so much fun that I cleaned every floor in the house and then went looking for more. Tomorrow it's back to painting. Ugh. 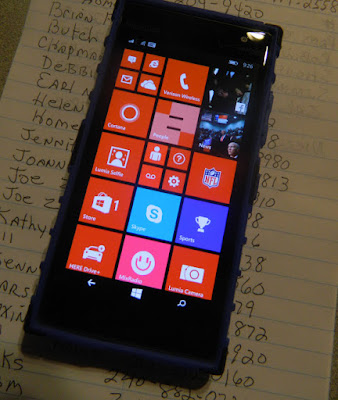 As boring as things are around here, I did have some major drama recently. See that phone? That's The Mister's new smartphone. His first. The battery died in his old flip phone and he got tired of waiting for Verizon to figure out how to send him another one so he convinced me that we needed to upgrade. We ordered two Microsoft Lumia cheapos from Verizon online. Notice you only see one phone in the photo. 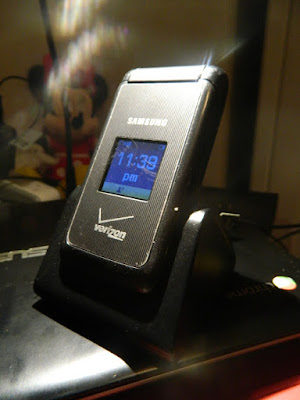 Here's the phone I'm still using. Old Faithful is what I call it now. I already broke my new smartphone so I had to send it back. I know nothing of these things so trying to get them set up was an all night horror story that had a very unhappy ending for mine. It seems that because we live in a hole in the woods we didn't have a strong enough connection to do whatever you do when you activate these things. I tired to reset mine thinking I did something wrong without first obtaining a security code from Microsoft so it got locked. After working on it for three days, Verizon couldn't fix it. Microsoft wouldn't. So since I was still in my 14 day return period, back it went. While mine had a sad ending, I did finally get The Mister's activated by driving down the street to the Bay where the connection was stronger. His works fine now and he loves it. As for me, I'm sticking with what I know for the time being. It was all very traumatic.
Posted by Araignee at 12:00 AM