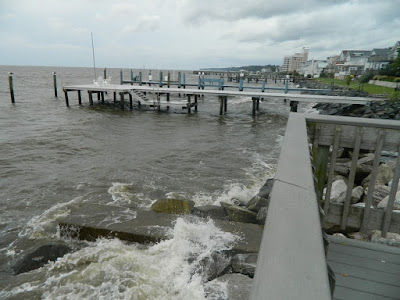 My friends in Florida are probably sick of hearing about it but we got a short visit from Hermine on Saturday morning that caused lots of excitement around here. 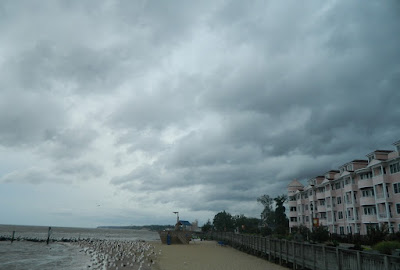 It was early in the morning and there were loads of folks on the boardwalk with cameras aimed at the Bay. 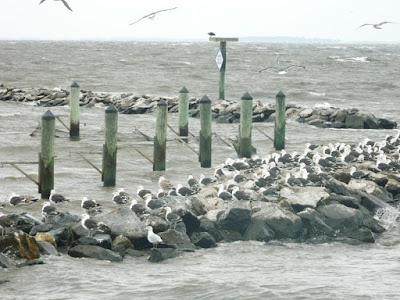 It wasn't terribly interesting here. Just lots of ominous clouds and whipping winds. What was interesting was the way the seagulls reacted. 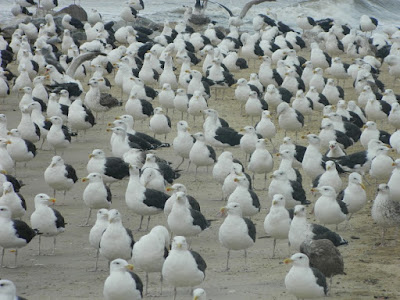 They were all lined up on the sand in almost perfect formation facing the wind. 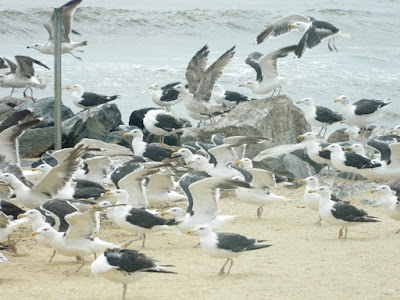 Until something startled them. 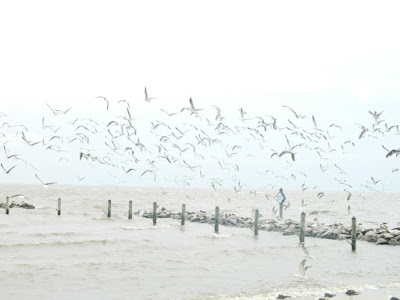 Then they took off in a mass of flapping wings that was quite spectacular to see. In a few seconds they would land right back where they were. 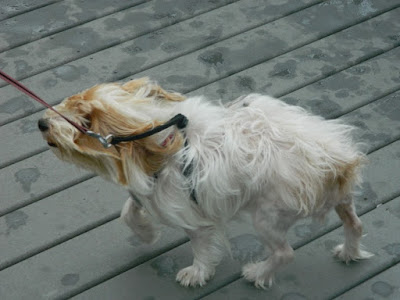 Poor Pup had to hang on for dear life. Between the splashing waves and the wind she was not a happy Pup. 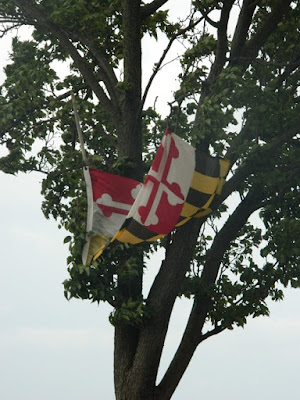 The winds were so strong the state flag broke off from its post and got stuck in a tree. That's about it for damage. By noon is was all gone but for a light breeze and some most welcome Canadian air that mercifully pushed old Hermine out to sea and gave us some wonderfully cool temps and low humidity. 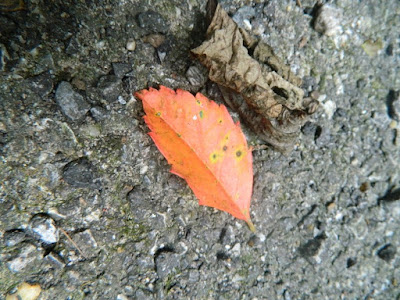 Look what was waiting in the driveway. It's early for fall color around here. Fall usually appears around Halloween. Not in September but this weekend it felt like fall and it was heavenly.