The Second and Third Time Around 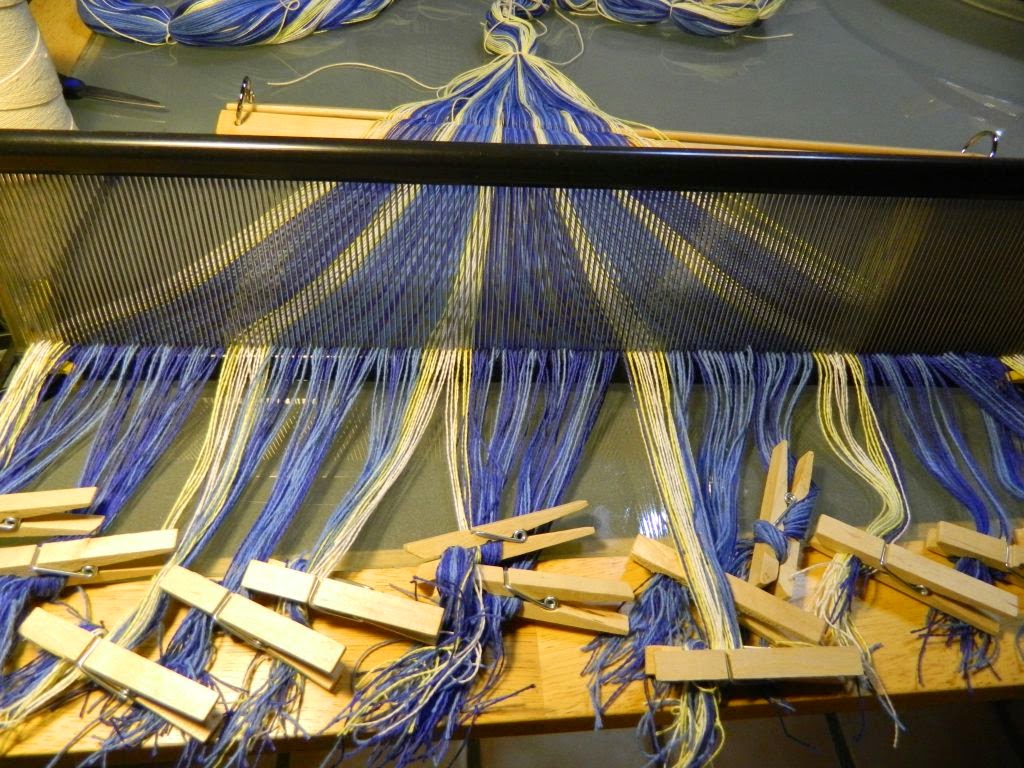 The blue and yellow warp that I have been struggling with got another try. I decided to use the technique I had just learned from my Interweave DVD to get it onto the loom without a massive tangle. 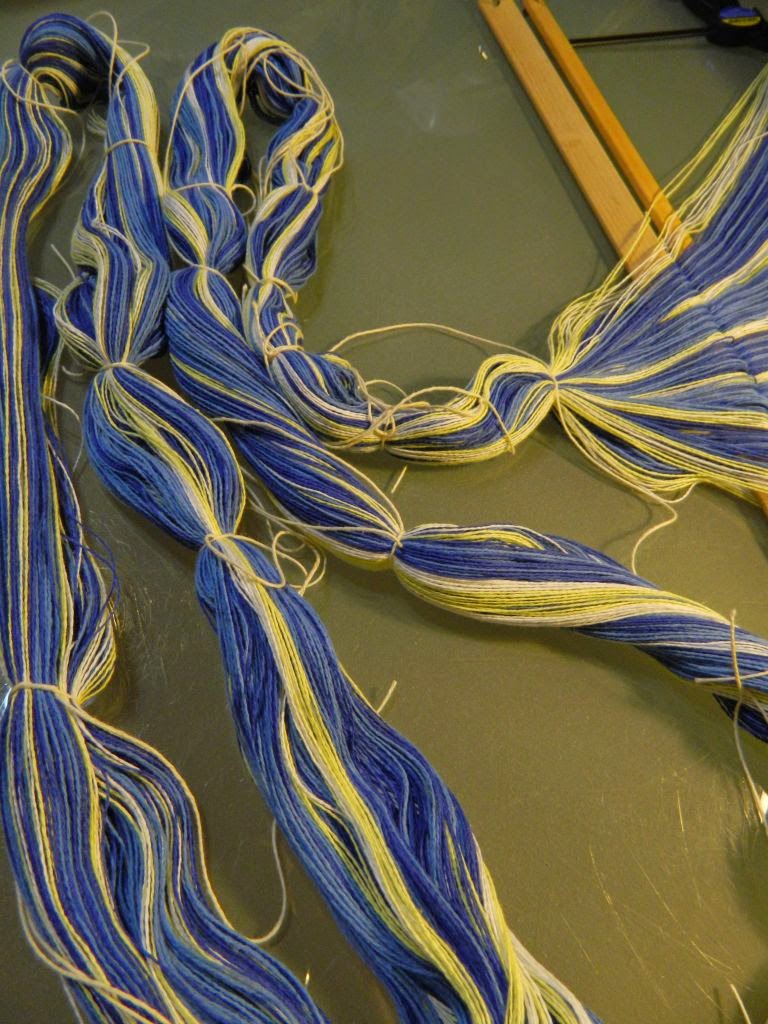 I also tied it tightly everywhere before I attempted to move it. 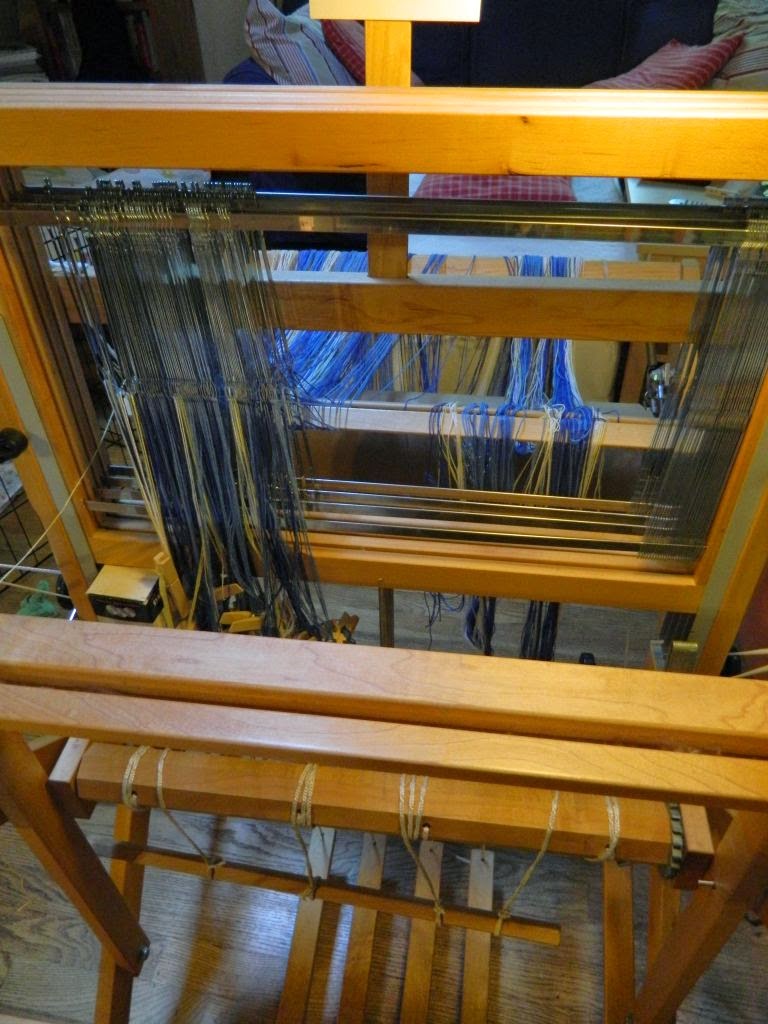 All that precaution worked beautifully until I remembered that I was putting 2 threads in the reed at a time and that method wouldn't work. At. All. After sitting down and staring with disbelief into space for about an hour, I had to unwind it all off the loom start all over again this time warping it from back to front. 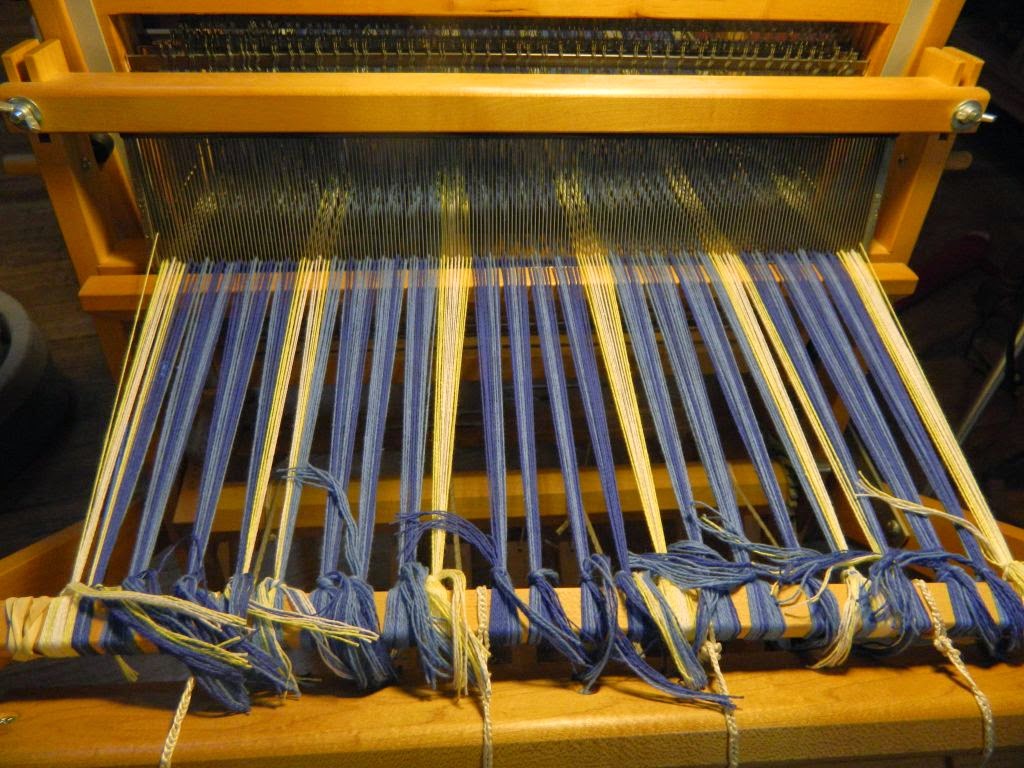 It took a solid week of fiddling but I finally got it tied on. 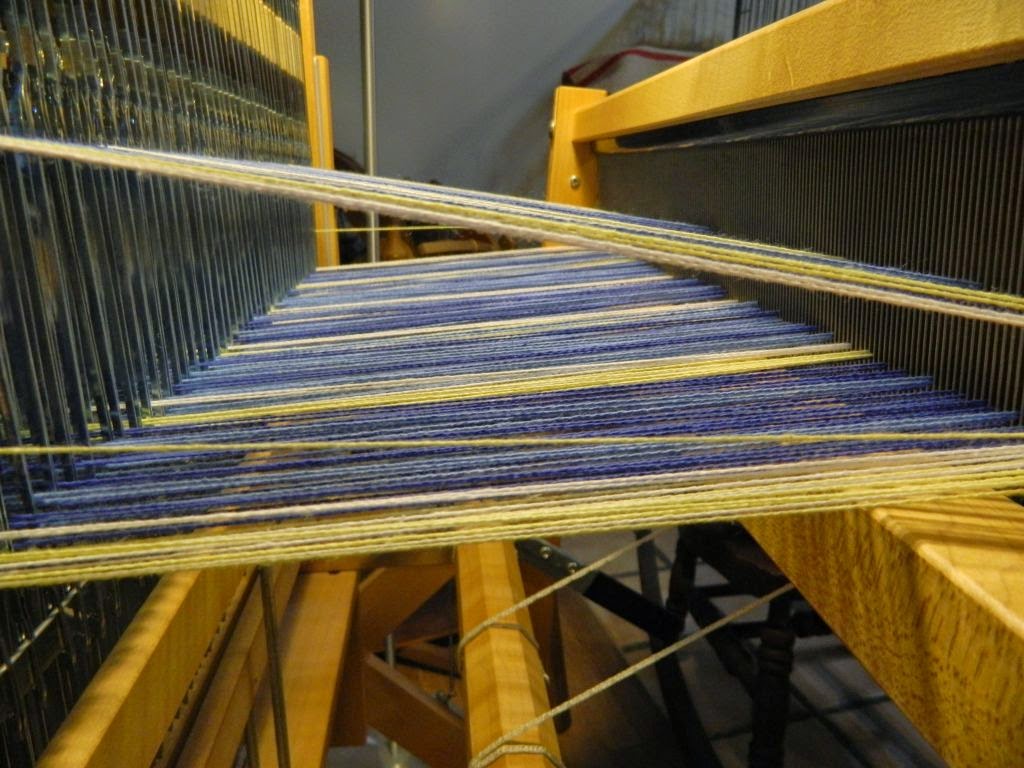 I know I'm jinxing myself but I just have to say that there wasn't one twisted warp thread. The shed opened and closed perfectly on the first try. Knock on wood. I even got the floating selvedges right. Now let's see if I can weave this thing. The draft looks like the plans they must have used to build the space station. Sigh......