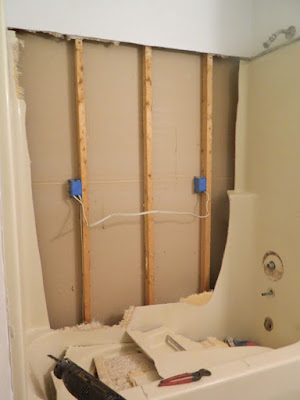 So how's that bathroom remodeling going you might ask. Well, let me tell you all about it. See that wire connecting the blue boxes? 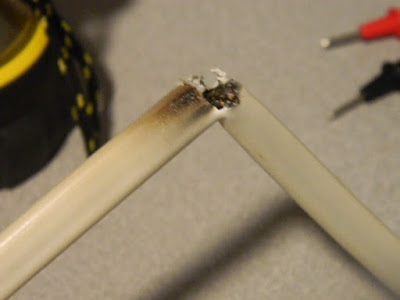 Well, that was right under the old fiberglass tub surround. When The Mister went to cut through the surround to remove it, he cut right through it. If he hadn't been wearing big rubber gloves and if the circuit breakers hadn't tripped I would be writing a much different post today. 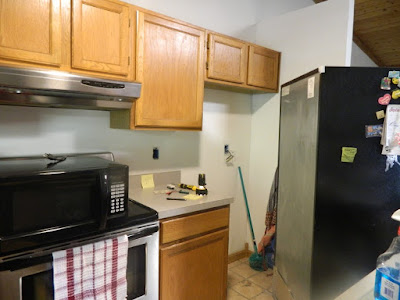 Those wires went to my kitchen, most notably the refrigerator. My bathroom is a wreck and now so is my kitchen as we had to move all the appliances to plug them in elsewhere while the repairs were made on the wiring. That meant a trip to the hardware store and lots of cussing on The Mister's part about the idiots who would put a wire there-and it was only day one. 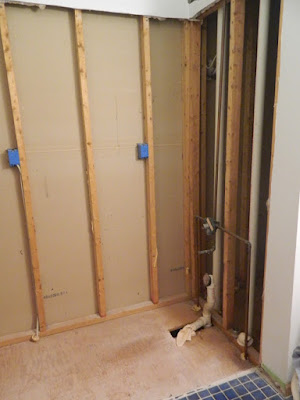 By last night we had the old tub and walls out and the electricity fixed this time running the wires so they were in a place that made sense. 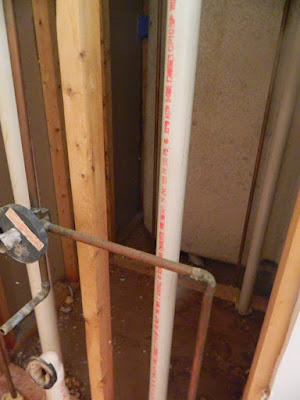 The biggest head scratcher so far is why there is so much dead space behind my walls. I have a tiny bathroom with no storage and a closet sized waste of space. A more ambitious person would take advantage of this discovery but that means moving plumbing. We'll be lucky if we don't have to do a lot of plumbing to make my new bathtub work so for now I'm just keeping my mouth shut and doing what The Mister says is best. He's had a rough day.
Posted by Araignee at 12:00 AM