For the Love of Wool 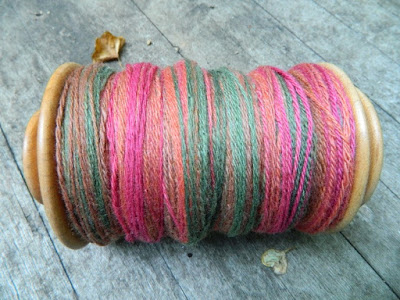 Today is the first day of the 2017 Tour de Fleece and I've been peddling like mad all week to have three empty wheels by this morning in anticipation of new projects. The Traveller was already empty thanks to the ill fated Jacob adventure of last week, thank goodness. 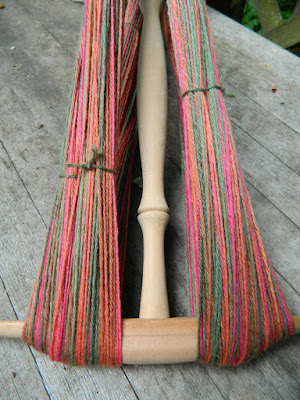 The Ladybug still had a lot of this Gail's Art Merino in the colorway Woodlands on it. 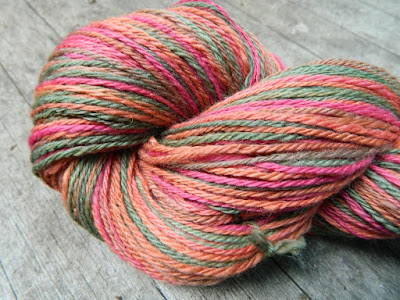 It took forever to spin and I really lost interest along the way but it didn't turn out too shabby. I chain plied it to keep the colors and took my time and checked the plies along the way. It makes a difference. 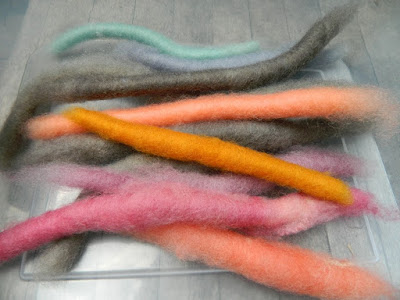 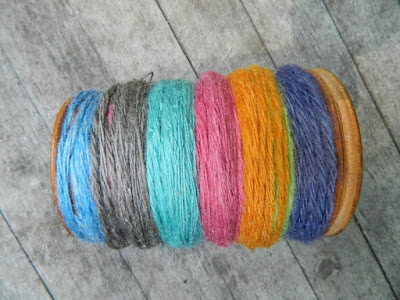 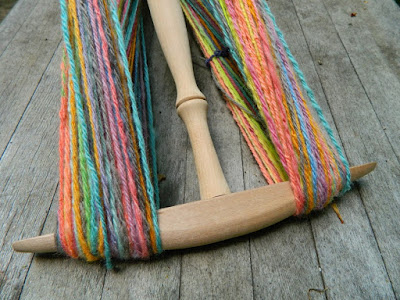 And then became that. 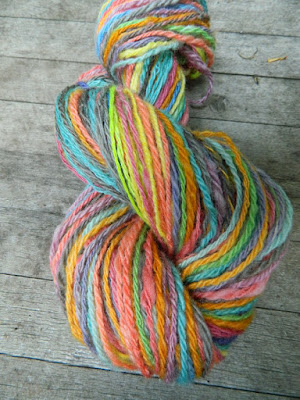 It's Merino from a fleece I washed that was on the Traditional.  It's not terribly soft and rather wonky I am sad to say but I do love the colors. In spite of it being a rather sad little thing, picking up a lumpy little rolag a day and adding a new color to the bobbin was fun. 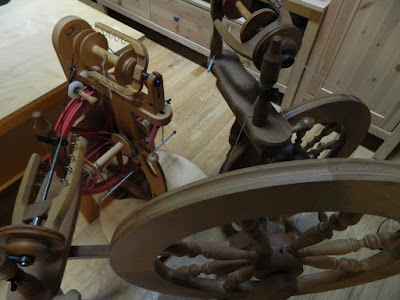 Now I have three empty wheels that need cleaning and oiling. I've also got some adjustments to make. The wheel on the Traveller won't stay put and I'm not sure what's up with that. 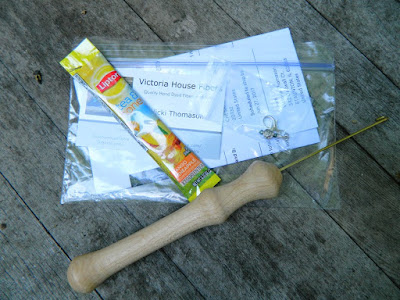 Unfortunately, only my new orifice hook showed up in the mail in time for today's start. I've got some raw fleece on the way and a gradient fiber set both from Etsy that are taking their sweet time. I'll have to go dig around in the stash and see what I can come up with because..well, just because. It's the Tour, you know? I need to be spinning something today. 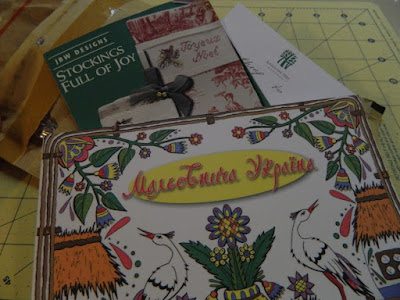 In the meantime I'll just go have fun with the big surprise that just came in the mail. Thanks Liana for the adorable coloring postcard book and holiday stitching pattern! I have a friend in Latvia that sends me postcards all the time so they will be put to very good use. He's going to be very surprised when he gets one of these from me!
Posted by Araignee at 12:00 AM