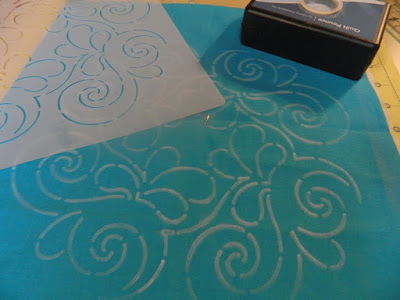 I've been using the new Juki to doodle on scraps. Today I got brave enough to try to use it like I would use it I was really quilting something so I pounced a stencil. I bought a few new ones in anticipation of getting this thing under control. 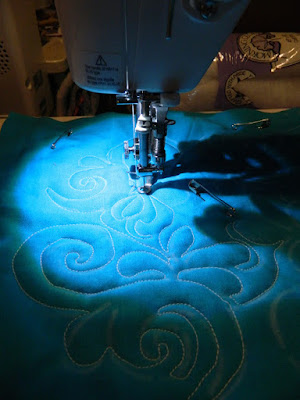 Oh, yeah. I had a few false starts-tension issues again but for the most part it was doing what I hoped on the front and the back. It's still scary though. 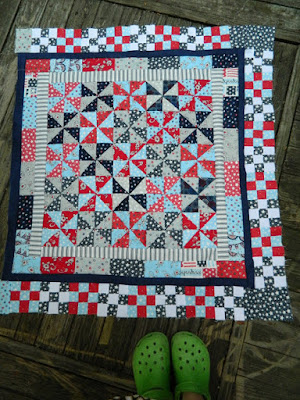 I have three sides of the Welcome quilt done now. I think I am going to be using the walking foot to quilt it though. I am not brave enough to try any free motion on it. I've worked too hard on it to ruin it now. 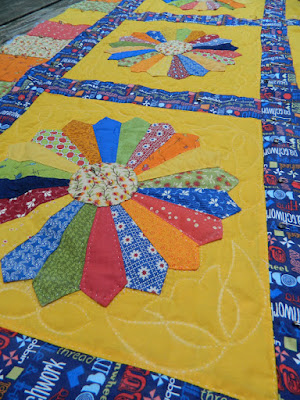 And I just finished hand quilting the second block of Daddio's Dresden. Two down, four to go. Then all that sashing. Golly.
Posted by Araignee at 12:00 AM