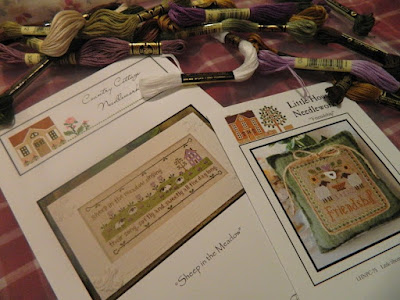 If you saw Liane's post yesterday you saw her amazing Stitch Maynia projects. While I was at Daughter's kitty sitting I spent a lot of time watching Floss Tube which is like a video version of Ravelry for stitchers. For every video I watched, I saw something I wanted to buy. 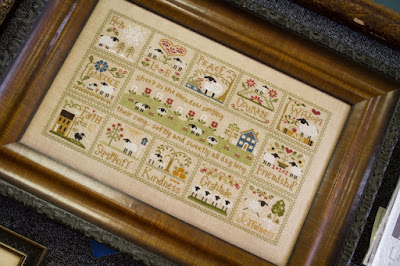 I was hanging pretty tough until I saw this. I had to have it. It's the Sheep Virtues from Little House Needlework surrounding Sheep in the Meadow by Country Cottage Needleworks. I bought the patterns at 123 Stitch. 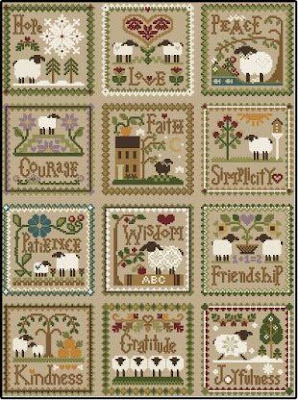 I could also just do all the virtues by themselves as the designer suggested. I haven't really decided. At the moment I only have one virtue as they are sold separately. 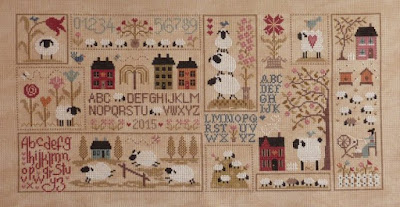 Then there was this. It's Histoires de Moutons 1-4 from Jardin Prive all put together. I want it too. I found it here. That's a note to myself in case I convince myself I need it. 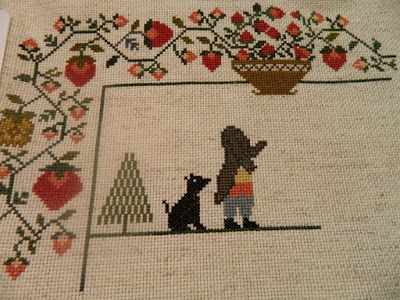 I was feeling guilty about having so many stitching projects going and starting more until I saw stitchers with 20 or more projects all going on at the same time during their Maynia event. 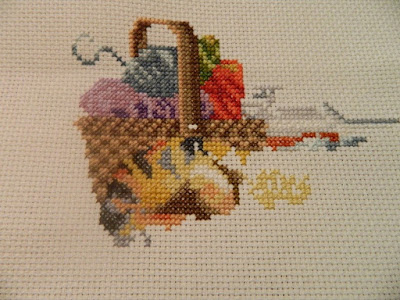 My own old stitchy things are coming along very slowly. 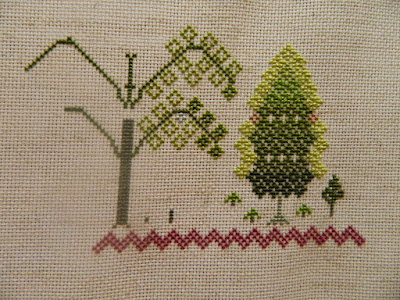 As far as life goes, I consider a good day as one that I have had time to sit and stitch a bit. That hasn't been happening lately. Life just keeps getting in the way.