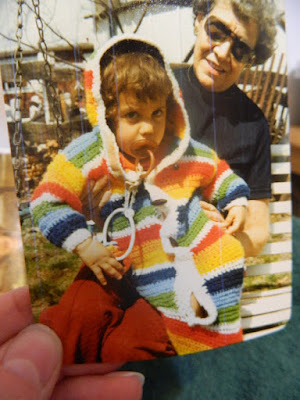 Kathy B posted that photo last week of the baby bunting she made for her kids that she couldn't part with. I told her I would show her the abomination I made back in the day and here it is. That's poor Son #2 stuffed in it playing like a baby for a laugh. It took so long to crochet the darn thing that he grew up before I finished it. That's child abuse right there folks. 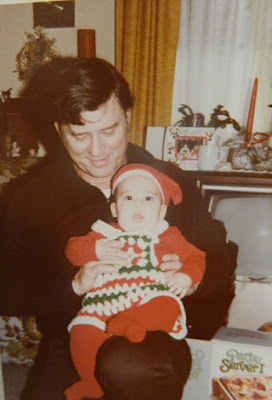 Here's the same poor kid on Daddio's lap months earlier actually fitting into some equally awful holiday overalls I crocheted him. I must have been on a hook binge with this kid because.... 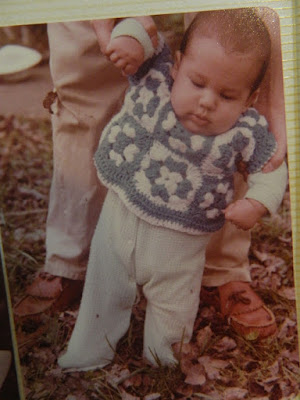 Here he is again a few months earlier in some granny square thingy I concocted. I do believe there was an issue getting his head through the neck hole. 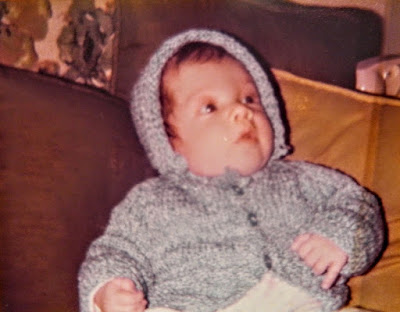 Here is big brother in 1977 in the VERY first thing ever I knitted. It was a kit from the dimestore and the yarn was this horrible rayon like stuff. It's a wonder I ever picked up the needles again. 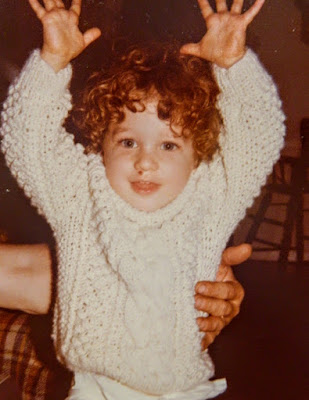 I had better luck a year later with this cabled sweater that he seemed to like. He did wear it a lot. I wonder what ever happened to it? I also wonder how he got that big boo boo.... 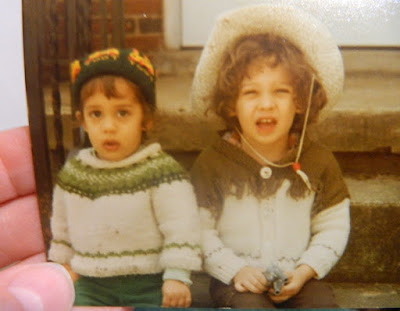 I remember being really excited about knitting this fringed cowboy sweater for Son #1. Most of my patterns came from Woman's Day or Family Circle. What else was there in those days?
(DIL, I can hear you gasp when you see this photo. Son #2 is a dead ringer for Grand #2, right? It's almost scary.) 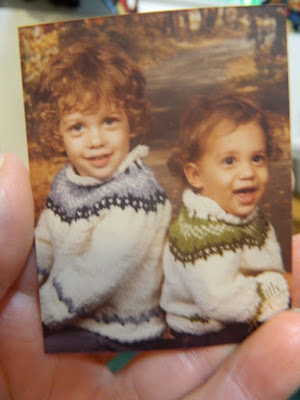 Look at that. Not one but two Icelandic style sweaters. Where did I find the time with those two hoodlums on the loose? And they were hoodlums. 18 months apart and full of trouble. 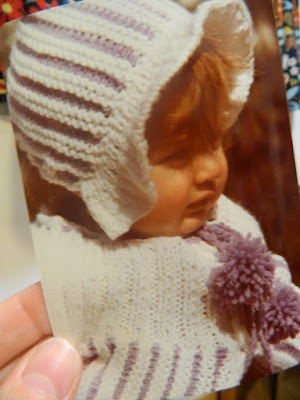 Daugher came along later and I couldn't wait to buy some pink and purple yarn. 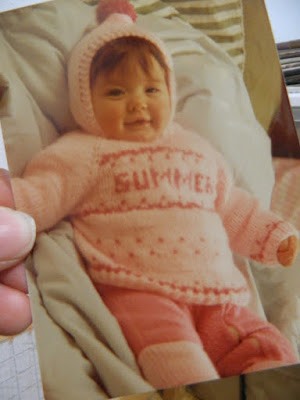 Awwww......where does the time go? And.....where did all these knits go? Did I toss them? I have no idea. I am thinking (and hoping) they wore them to rags-but honestly, I can't remember that far back anymore. It's all becoming a blur.