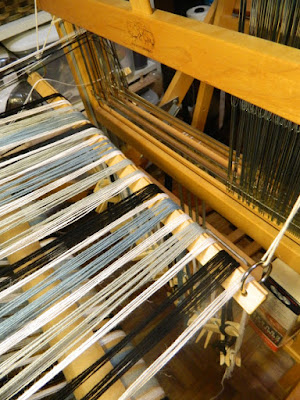 You know that warp I have been working on for weeks now? Well, it didn't go so well. 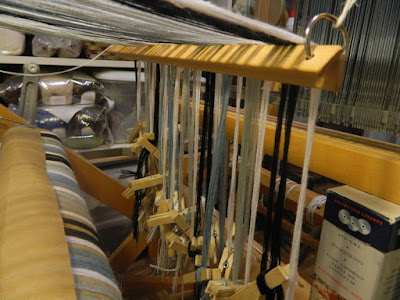 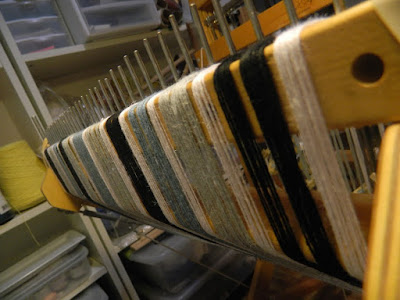 Some how when I was moving it to the loom I neglected to get the lease sticks in the right place. I had even tied all four of the cross legs where the sticks go separately before I took it off the warping pegs so I wouldn't lose them but I untied them before I noticed I had misplaced the sticks. Jeesh. Since all the colors are in small bunches and still nicely lined up, I thought I might try to save it. 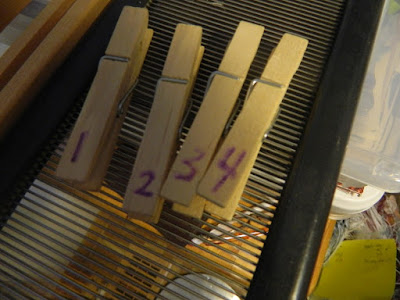 I numbered up some clothespins and then I worked from the back pulling off one thread at a time and sending it through to get threaded. Then I moved to the front to thread it. If my butt had a fitbit on it I would have been racking up major points. 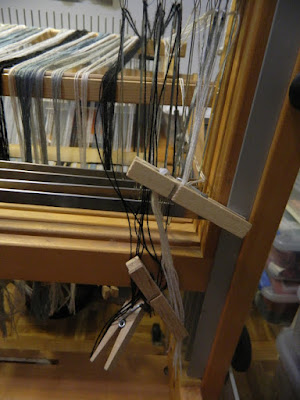 It was slow and tedious but I deserved the punishment for being such a nincompoop. I know how important the cross is and I should have checked it before I started untying the thing. I won't be doing that again. I hope. 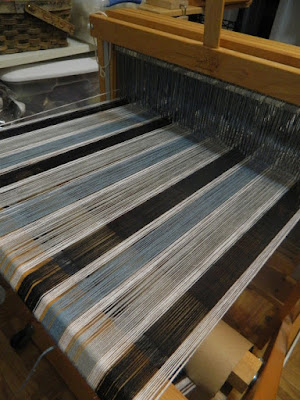 It took me a week of the ups and downs to get it fixed and even then I wasn't sure if it would work. 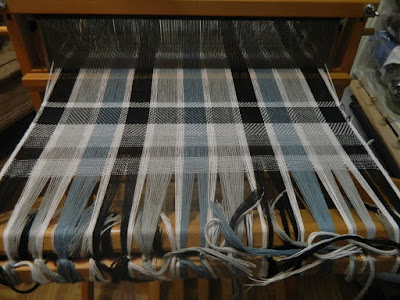 So far, so good but I am still holding my breath. There's still a long way to go to make a towel.