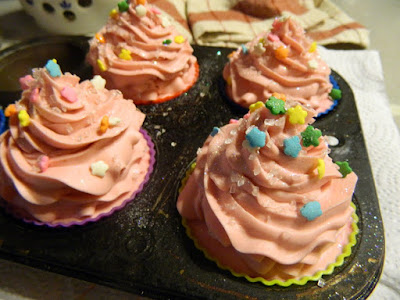 In order to have soap cured for gifting in December you have to make it now. As a joke gift I wanted to make a cupcake soap for someone who took a bite out of her coffee soap last Christmas. 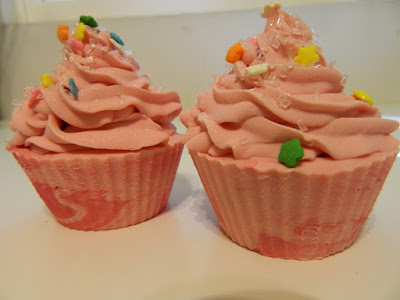 My first batch came out pretty cute so I decided to give it another go. I should have left well enough alone. 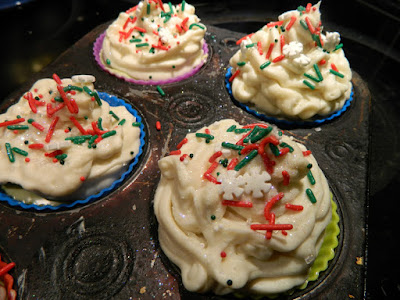 The second time around I picked up the wrong piping tip and instead of pretty ruffles, I got glops. I had used the leaf tip by mistake and there is nothing you can do with a bag of hot, active lye soap batter but make the best of it and pipe away. Changing out that tip would have been too risky. 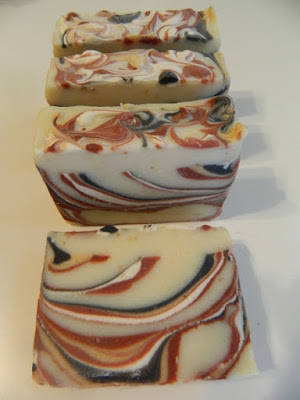 That wasn't even the worst of my troubles. See that brown soap? It is supposed to be a Very Merry Cranberry. Does it say cranberry to you? Me neither. My berry red mica turned to brick. Not. Good. Not. Happy. 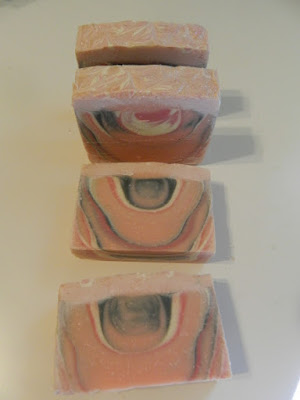 Try number two involved adding some pink and violet to that red and keeping my fingers crossed. Nope. This is really ugly. Doesn't it look like a sonogram? I have no idea how I did this which is too bad because I would like to make sure I don't ever do this again. Grrr....... 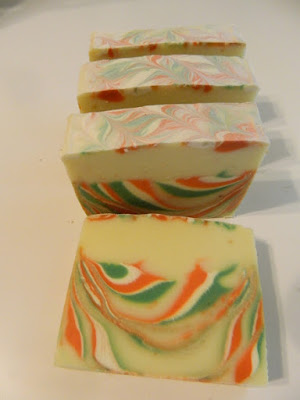 Next up was the red that turned orange in my White Christmas fragranced bars. They smell like crisp pine. This would be great soap for St. Patrick's Day. They smell like Irish Spring and you've got the whole Irish flag there but for Christmas, it's an ugh. 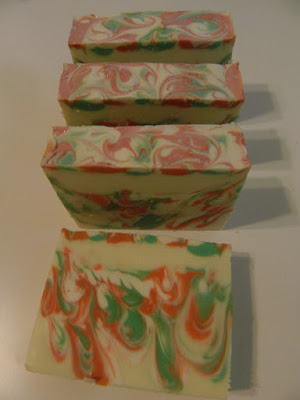 My last and final try at red wasn't too bad but the swirls are a bit much. Believe it or not I didn't even swirl it. I just poured it in and hoped for the best. Golly. Right now my racks are full of really ugly soap. My soap karma appears to have run out.