Sunday Soap: This One's For You 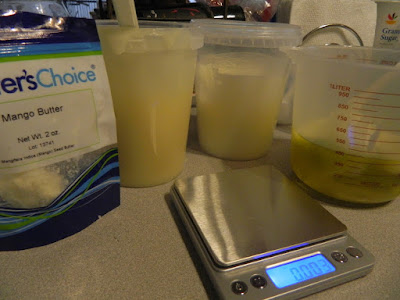 I met up with Soxieknitter at the SVFF last weekend to trade off some soap supplies. She is the lovely lady who parted with her adorable Wolf Pup two years ago so I could play at becoming a weaver. I still consider that one of the luckiest things that ever happened to me. I dearly love that loom and to think it was for sale practically right around the corner. It was pure serendipity. 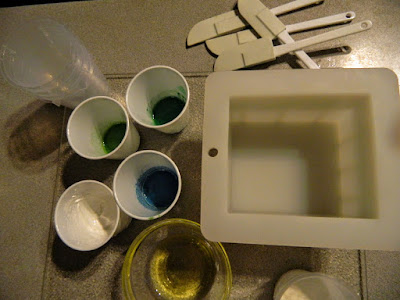 She had a box of orphan soaping materials from a class and wanted to know if I wanted them. I sure did. It didn't take long before I was using them. The fragrance she gifted was a heavenly coconut lime so I mixed up what I thought would be lime green but of course it turned out more avocado. I'm afraid I'm as terrible with soap dye as I am with wool dye. I used the recipe that came in her kit and added just a bit of mango butter as a superfat. 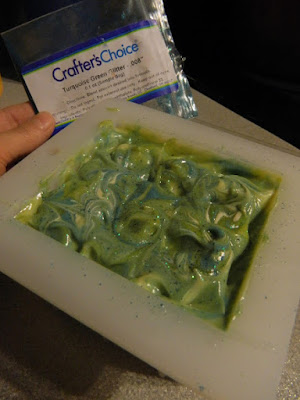 There is a little white and some lagoon blue swirled along with the green so I thought a light dusting of sea blue glitter would be a good idea. Somehow more ended up on the floor than on the soap. I'm still sweeping it up. There must have been a hole in the bag. 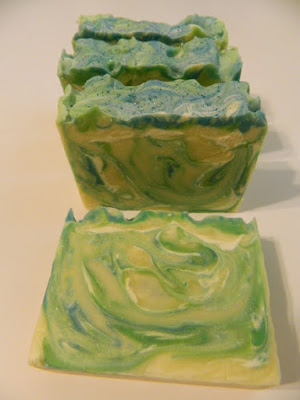 I soaped at higher temps than usual and poured the colors when the batter was still very thin. I think it turned out much better than expected given my sad history with color and swirls. This recipe is a keeper. Thanks Soxieknitter! Those supplies were top notch and in six weeks, when these bars are cured and thoroughly tested, I'll be sending the prettiest ones your way. 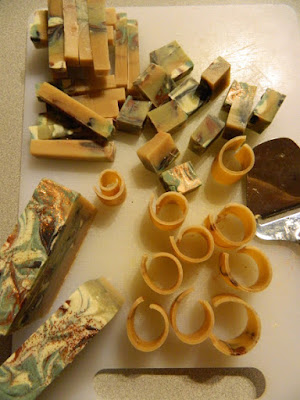 I also had a redo this week. My Oakmoss bars were cured and ready for testing and I hated them so I chopped them up. 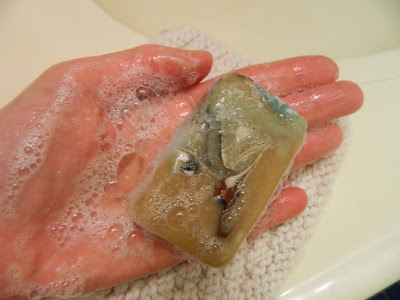 The recipe feels wonderful but those camo colors were U.G.L.Y. I went overboard with the clays. 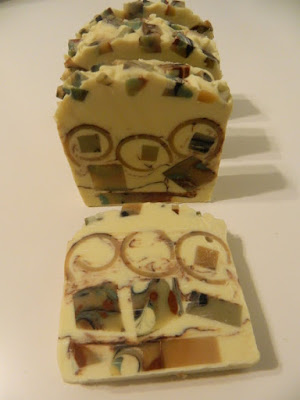 I took those chopped up pieces and added them to some plain batter and ended up with this. Much better. Now they look good and smell good but they've got six more weeks of cure time to go. 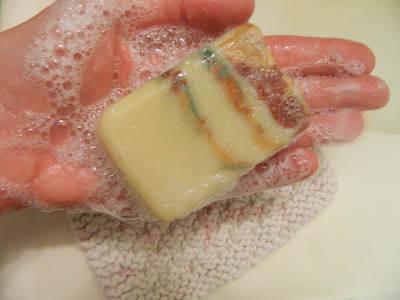 I also have four other Oakmoss bars ready to go. I added a little patchouli, some tussah silk and coconut milk to a batter that was already full of shea butter and avocado oil. It's nice but smells too much like aftershave for me. 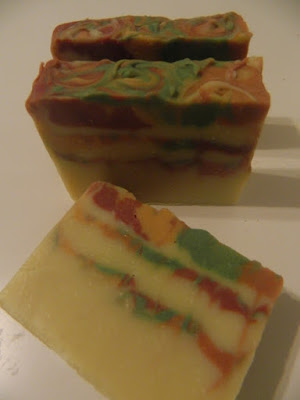 Anyone want a bar? PM me on Ravelry (I'm araignee) with your address and I'll send a bar (with some other surprises) to the authors of the first two messages. Everyone else will be in line for other bars as they cure and need rehoming or for some other nice things I have in the soap stash. If you are allergic or sensitive to any soap, food, fiber or botanical ingredients let me know.