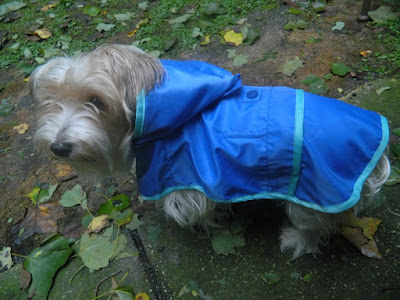 So how much rain did we get this past week? Enough to have to go out and buy Pup a raincoat. It was on clearance at Petsmart for $7. Sold-even though it was blue and not the yellow I wanted. She loves it. I find her sitting and staring at it like it's going to take her for a walk all on its own. I wish. 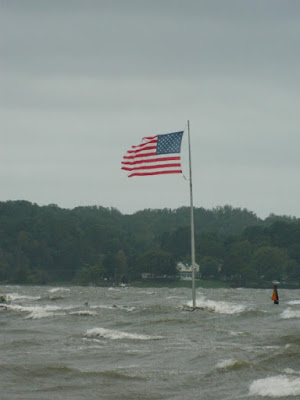 The rain was bad but the wind was worse. Much worse. 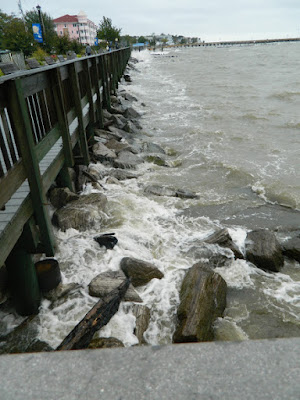 The bay was very angry. It was having a regular temper tantrum of sorts. 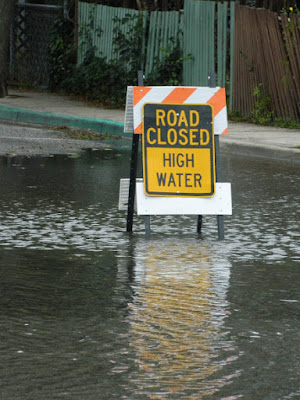 It didn't stay where it was supposed to. 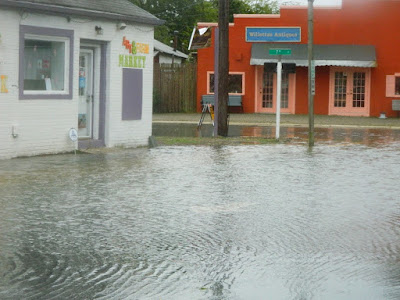 The roads closest to the boardwalk were under water because of the unusually high tide. 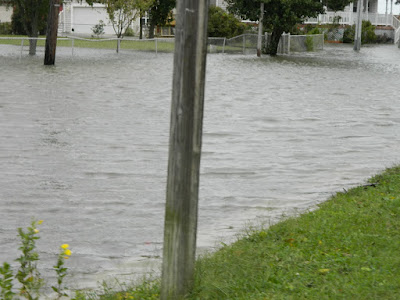 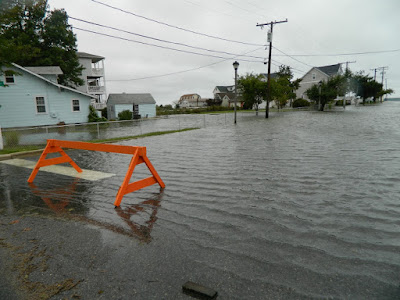 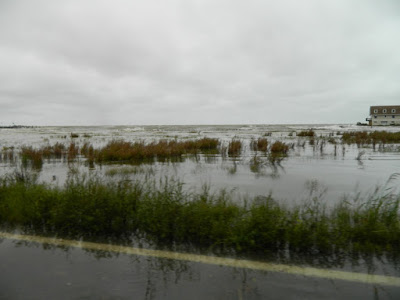 See that house in the far right corner? It's completely surrounded by bay water. The shore is usually in front of that house. Now it's all the way up to the road. Yikes. 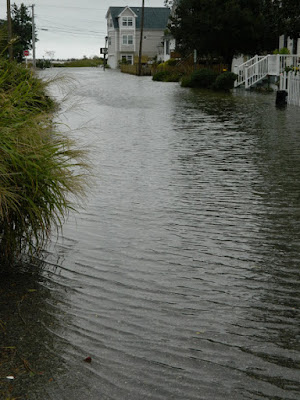 It won't take long for all that water to go back where it came from as soon as the north winds stop pushing the water in the wrong direction. I even heard rumors that we may see the sun today. I'll believe it when I see it.