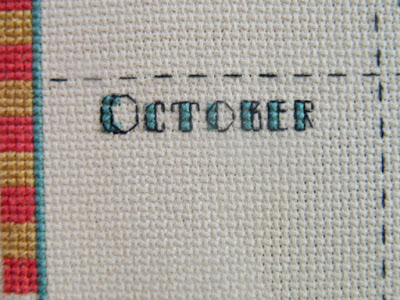 Didn't I just post about September? It can't be October already, can it? 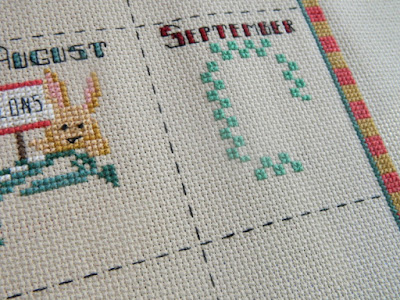 September didn't get very far. I had the itchies for several weeks. Nothing got done but scratching-and whining, lots of whining. 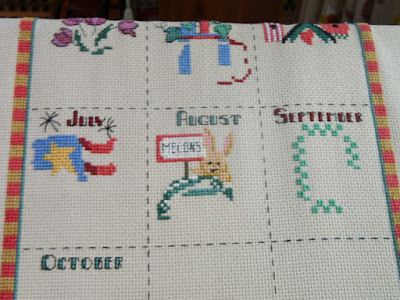 I had to roll the material up on the frame to be able to get to the last row. That was no fun. This frame is as stiff and creaky as I am. 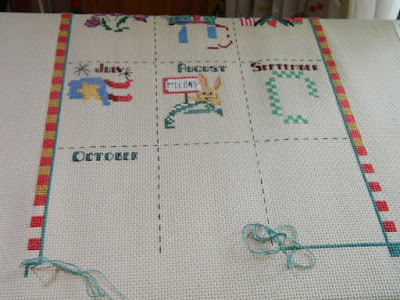 That's when I discovered the catastrophe I had been ignoring. I was out of gold floss so the border didn't get finished at the bottom. I had even bought a second kit from someone on ebay and they were out of gold, too. Jeesh. 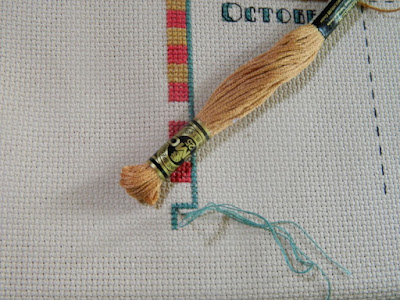 I thought I had solved the problem by buying lots of gold floss but then I forgot how I solved it. It took some detective work to figure it back out again because the blankety blank companies that sell these kits use a secret code for good old DMC embroidery floss. There should be a law.
Posted by Araignee at 12:00 AM