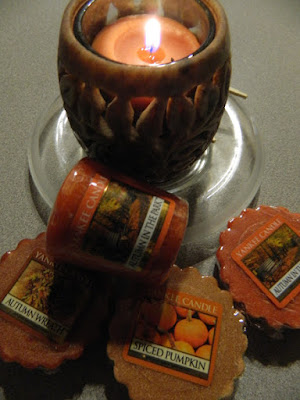 My house now smells like fall pumpkins. There is no going back to summer anymore. It's over. 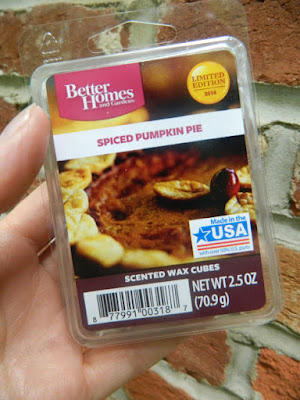 I spent a tidy sum at Yankee Candle buying fall smells and then found these at Walmart for $2. The Yankee stuff doesn't hold a candle (ahem) to them. They smell DELICIOUS. Notice the Limited Edition 2014 on the label. Either they are that old or someone doesn't know what year it is. No matter because they are yummo. I want to eat them. 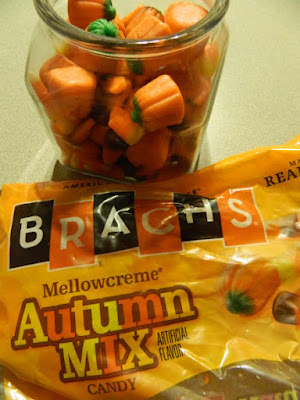 From yummo to yucky...as Halloween approaches, I have to have some of these even though they are really awful, sickly sweet, waxy things. Candy corn and pumpkins are not by any means good but it is obligatory for an October sweet tooth. The jar is already almost empty. 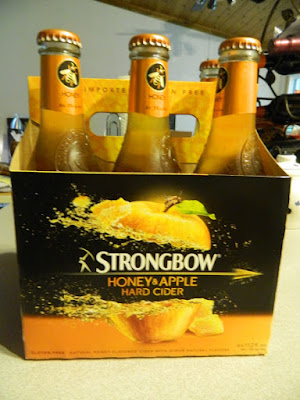 These are most certainly not yucky. They are really yummy. I don't want to know how many calories are in one because unlike beer, I always drink the whole bottle myself. They make me buzz around like a bee and I like it. 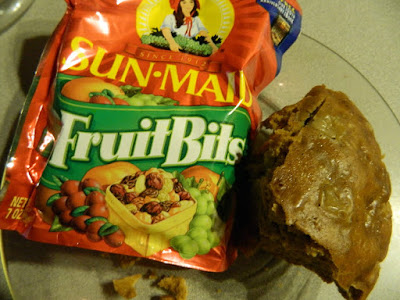 As the days grow shorter I also get the urge to drink lots of tea, steam puddings and add cranberry and raisin bits to everything. I many even be talking with a British accent-especially at tea time. I crave things made with oatmeal and cinnamon. I am fighting a serious urge to make fruitcake. I think the bears have it right-eat a lot in the fall and sleep all winter. Sounds good to me.
Posted by Araignee at 12:00 AM