Daddio has never been much of a replacement for mom, but since he's all I've got anymore, he'll just have to do. 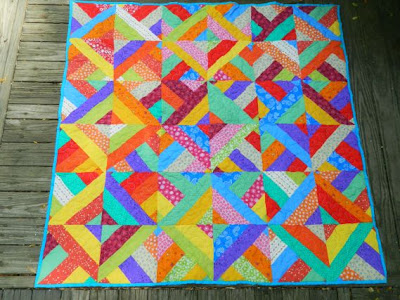 The old man has an FO. I don't remember the particulars of this creation but I do know that I thought it was pretty awful the whole time I was helping him with it. Now that it is done, I don't think it is so bad after all. 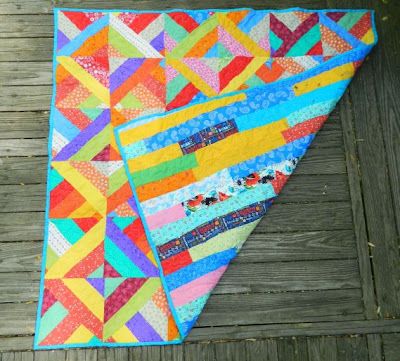 The issue is that he continually wants to use the same old scraps of fabric and I am sick to death of them. He won't let me throw away even the tiniest leftover and it always shows up in the next project. I know that is the whole idea behind quilting, historically speaking, but I can only take so much. 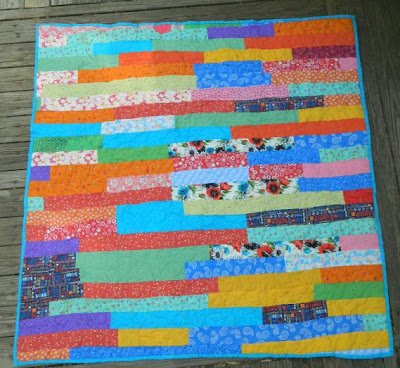 In this quilt, you get a piece of every quilt he has ever worked on- front and back. He loves to cut strips so that is what we did. It was a lot of sewing but it's nice, isn't it? I machine quilted big stipples on it for him, under his close supervision, and it turned into a puckery mess. I was upset over it until, knowing that the big 1/2 inch seams would hold,  I threw it in the wash. It came out soft and squishy and just right for an afternoon cuddle with a good book. 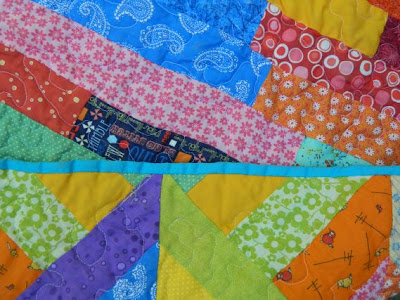 I even fought him over that bright turquoise binding but as usual, I was wrong and he was right. It's perfect. 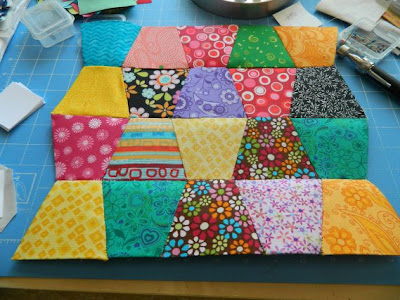 His work in progress is his tumbler quilt. It's been slow going since his surgery. A week or two more and I anticipate that I will be busier than ever trying to keep up with him again. 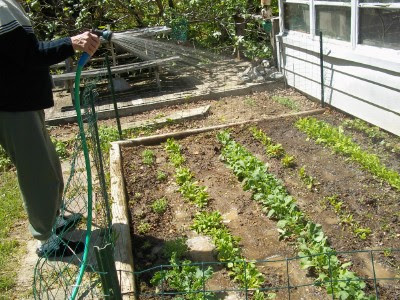 We have also been doing some gardening. I know, I know. I wasn't going to plant anything this year after last year's disaster. This year we changed our attitude and expectations and went cheap. We just bought packets of seeds. We call it the "butterfly" garden because the only things we intend to feed from it are the blankety-blank caterpillars left behind by the white fluttery things. 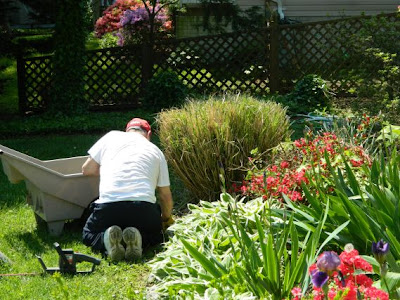 I don't know if it is because of his improved eyesight but he has suddenly developed an interest in the flowers Mom left behind in her garden as well. 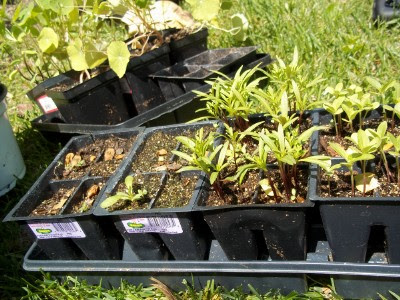 The one success we have had already this year are the marigold and zinnia seeds we planted in January. 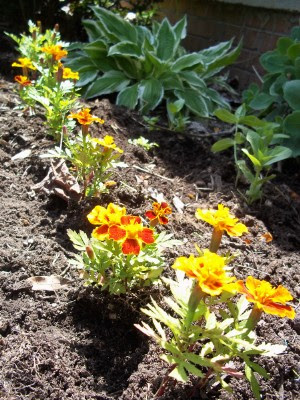 We have quite a few little blooming beauties that will be lining the front garden. 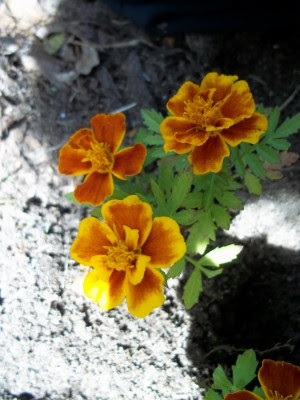 We've made quite a few quilts and what-nots but these little blossoms make me quite giddy. I have never grown much of anything before so actually ending up with flowers is too amazing for words. 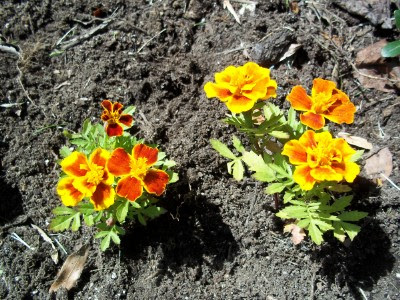 Mom would have been so proud.

Happy Mother's Day!
Posted by Araignee at 12:00 AM