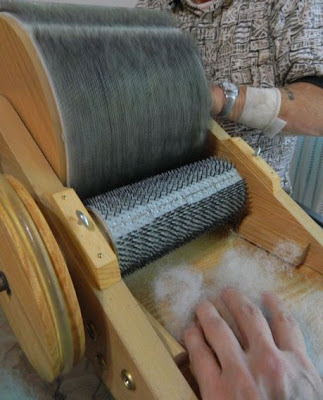 Since Daddio has not been able to see well enough to be able to do any paper piecing since his eye surgeries, I have put him to work preparing fiber for carding. He loves to crank the drum carder for me so I brought him and still recuperating Sister over for an afternoon of lunch and fiber mischief. 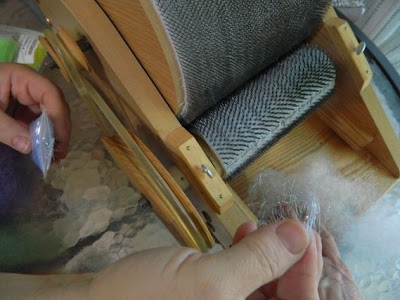 Sister was in charge of adding sparkle. 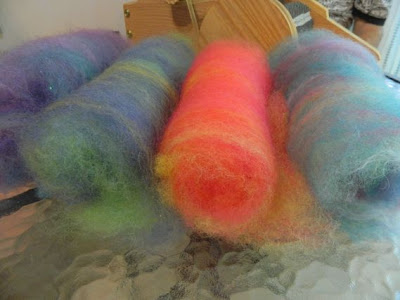 With the three of us working together, we cranked out four pretty little batts in no time at all. 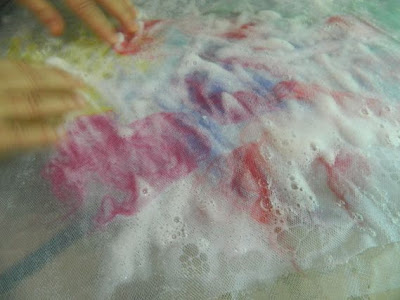 When we were done, we took some leftover fiber and some nylon netting and tried our hand at some artistic felting on the glass table top. I had seen someone do this at this year's MDSW and then Zenitude posted her amazing creations last week so I just had to give it a tentative go. 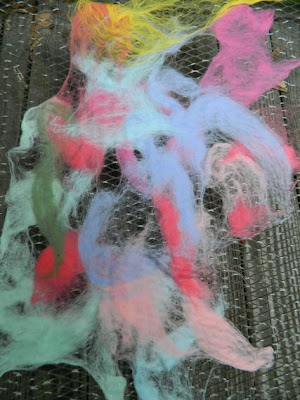 Hmmm....we made something unusual to say the least. 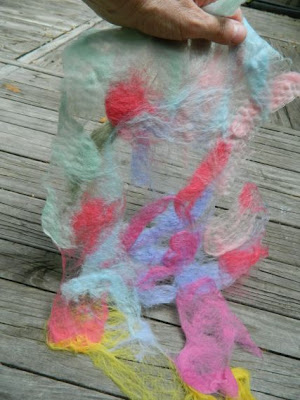 It stuck together but was not nearly felted enough. 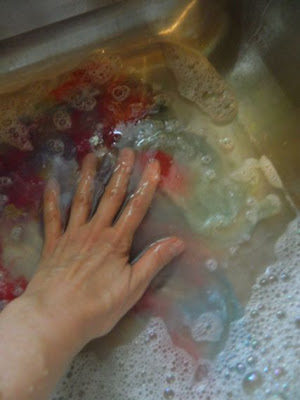 The next day I gave it another go. 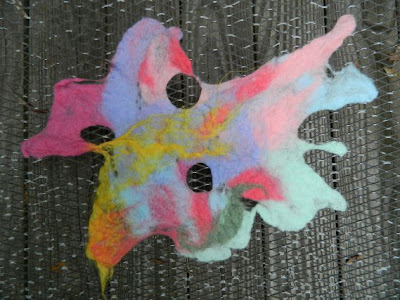 Hmmm....interesting. I was aiming for something that could be cut up and used to make flowers for knitted hats but maybe this should just be stuck in a frame. Or not.