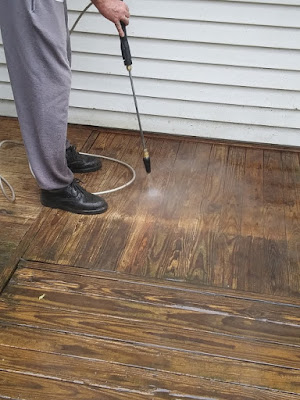 Guess what we did yesterday. What we've done all week. Washing the deck has been a much bigger job than we thought. It was filthy. 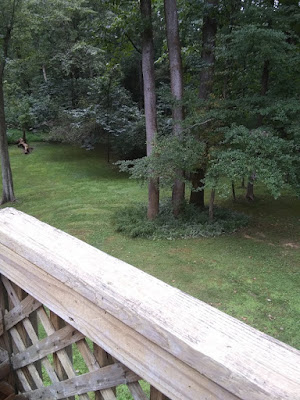 Making it harder is the fact that it is about 15 feet in the air. Getting to the outside has been tricky. Now it all has to dry so we can put a sealer on it. That's not going to be fun either. 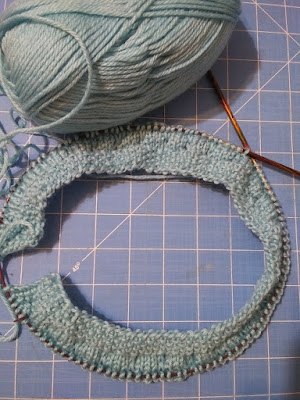 I did get a few minutes before dinner to finally sit down and cast on something with the Knit Picks Mighty Stitch I bought a while back. I hated it. The yarn is slick and splitty. It's got no definition at all and looks pretty awful. It's getting ripped back then I'm tossing the nasty stuff in the stash. It might have its use but I can't think of any right now. 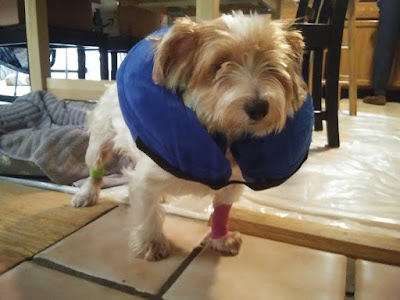 How about something more miserable than lousy yarn? Poor Pup. Her fall allergies are kicking in and she's been chewing her legs. Her new cone of shame is working wonders as are the multicolored bandages much to her dismay. It's too bad dogs don't just sneeze like us humans. It would make things so much easier for us both.
Posted by Araignee at 12:00 AM