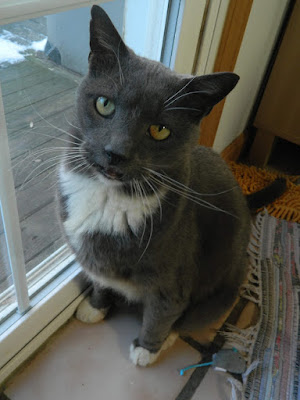 The same kitty that destroyed my downstairs craft room last week struck again. This one. He's the newest of the kitty farm additions. He showed us a few years ago and we never found his owner so he's ours now. He's not like the other feral ones. He gets up on stuff like tables and things. I hate that. None of the others have ever done that. They have very nice manners. 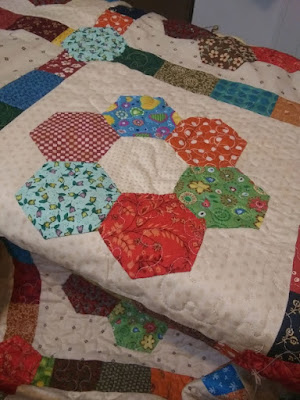 I have been machine quilting the hexie quilt and had left it folded on my ironing board in the upstairs sewing room. Apparently he jumped up on it and slept on. The top was covered in gray hair and slobber. Ugh. I am deathly allergic to cats so this was bad. Very bad. 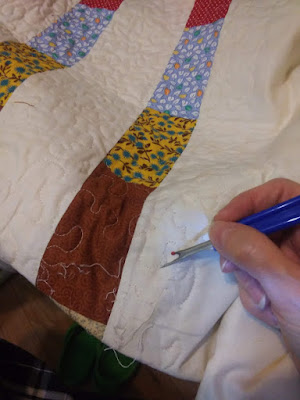 After carefully cleaning it I sat down and quilted the block he had slept on only to find it was puckering badly. I had to pick it all out stitch by stitch to figure out what was going on. I guess he must have scratched around on it too and dislodged the fusible batting leaving air gaps in it. I was not happy. I spent an hour  picking while listening to true crime podcasts and thinking of ways to murder a cat. 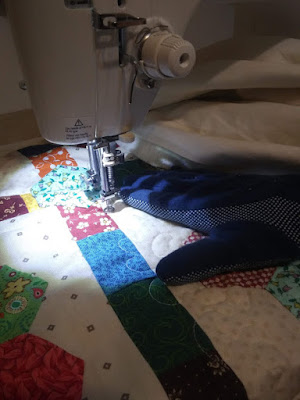 After all that picking I was very relieved to find out that a hot iron smoothed it all back nicely. I finished it without incident but I was pretty steamed. Especially after the part where I picked out half of the WRONG block when I flipped it over to do the back stitches. Grrrr......