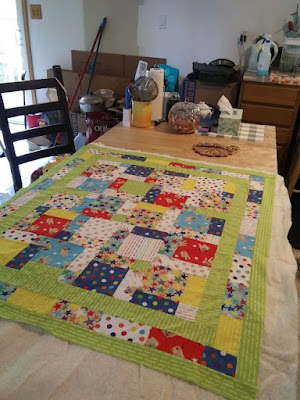 In my already wreck of a used-to-be kitchen I made a bigger mess yesterday if that was possible. 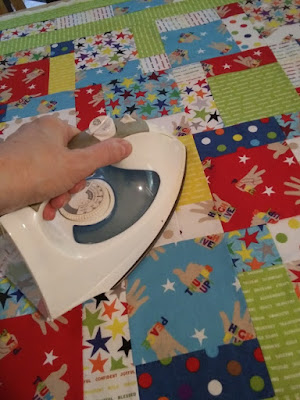 I had to clear everything off my heavily laden table so I could put the backing on the two quilt tops I had just finished. I use a fusible batting so I also had to set up the ironing board and drag out all the quilting tools. Thankfully sandwiching the little Disappearing Nine Patch quilt was easy peasy. 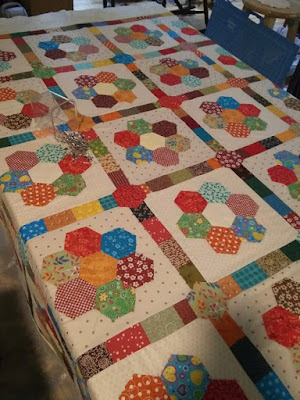 The hexie quilt however; was a nightmare. It was just too big and heavy. It was like wrestling a bear. 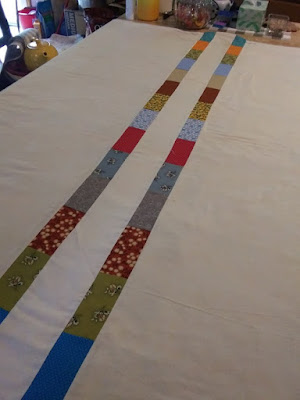 The backing I had ordered was too small by just a few inches so I added a charm square strip down the middle. Since math is not my thing it was STILL too small so I cut the charm strip in half and added a plain strip in the center. Then for some reason I decided to sew one of the strips onto the WRONG side of the fabric. Rip, rip, rip. I was not happy and quickly running out of patience. 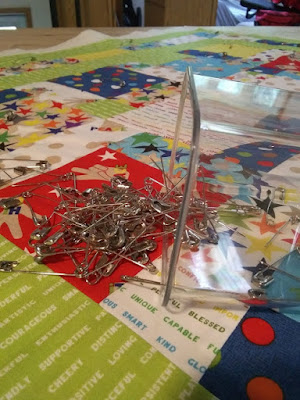 Thankfully, they are now both pinned and tucked away for a day when I can work up the courage to tackle the machine quilting. Right now I don't want to even look at either of them.