The Majors and The Minors 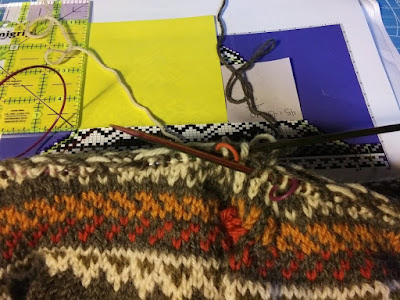 I've got two kinds of knitting projects going at the moment. Major ones like Lofoten where I have to use a small quilting ruler to keep my place. Norwegian stranded knitting isn't nearly as fun as Fair Isle. Those little repetitive peeries are a piece of cake compared to knitting giant snowflakes. There is just no sense to them. 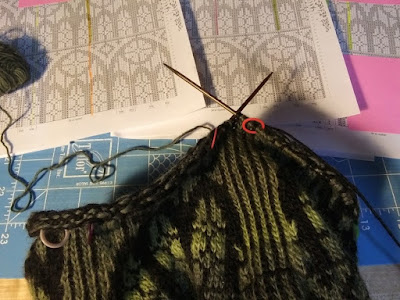 Tracery is another major project. I am using no less than three charts to get through one round. At least there is a method to the madness with this one. There is a 30 stitch repeat my brain can wrap itself around. Yippee. 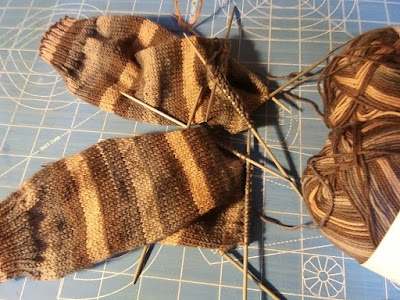 Thankfully I've also got a lot of minor things going on. The man socks are at the heel. 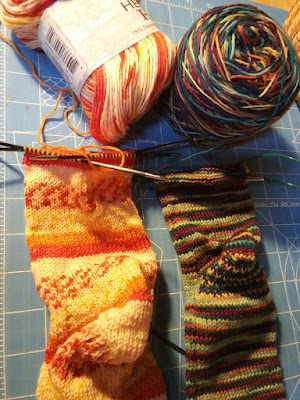 I'm on the foot with these two. 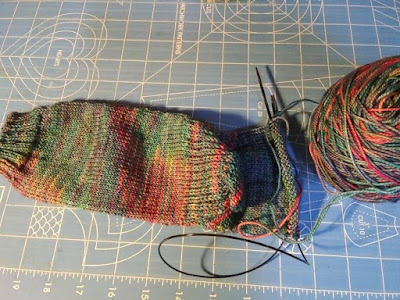 And then there's poor Hawthorne dragging up the rear. I started this sock before any of the others and it's just been languishing in it's project bag. I don't know what's going on with me and Knit Pick's Hawthorne yarn but even in a fun color I just can't get excited about it.
Posted by Araignee at 12:00 AM