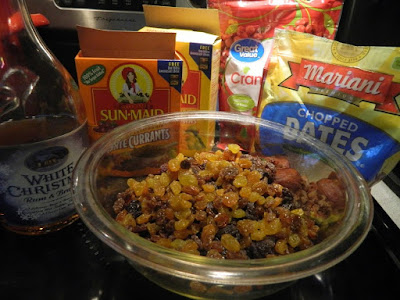 I had planned on spending the day sewing down the binding on Daddio's Christmas quilt but I forgot I had some holiday baking to do. 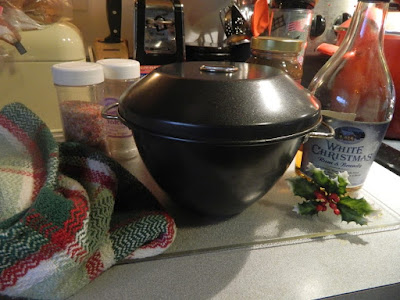 I've got a real authentic plum pudding mold and by golly, I am going to use it. I know I should have made it weeks ago so it could age but I forgot. 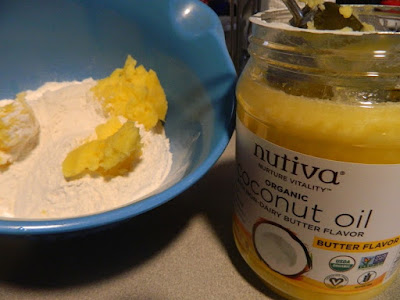 I also had mince pies to make. I found this coconut oil that is supposed to work like butter for baking and gave it a try. 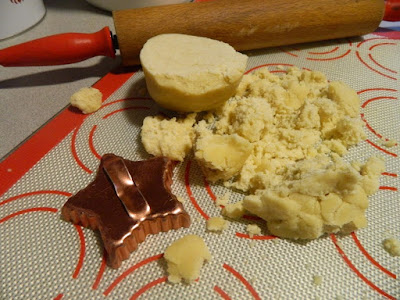 It was awful. I struggled through the pie crusts but tossed the cookie dough and remade it with a mix of Crisco and margarine. 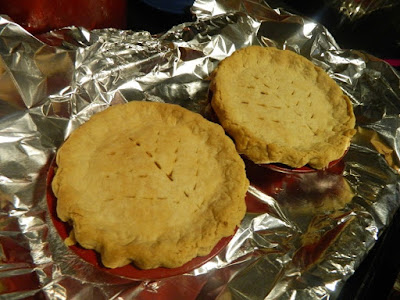 The pies look promising. They are my Christmas breakfast each year. I use the jar of mincemeat in case you are wondering. I've never made mincemeat in my life and I'm not really sure what it is. I just know I like it. 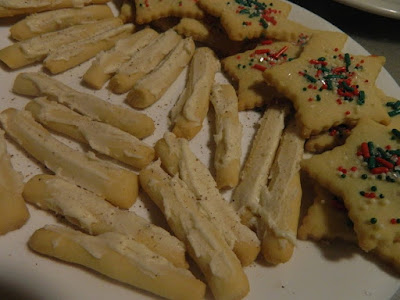 Rolling cookies was no fun. It was hot and humid and it rained so nothing was behaving like it should. 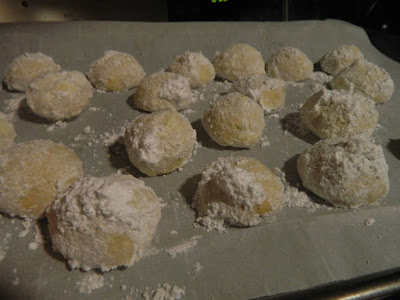 I used the leftover dough to make some Mexican wedding cakes and they are really yummy. Messy but yummy. 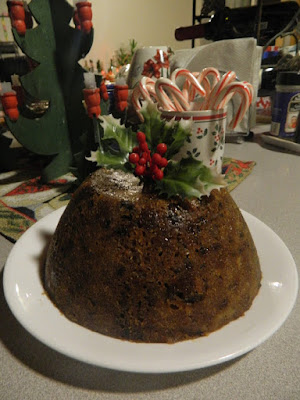 Ta da.....plum pudding all dressed up. I used Jamie Oliver's Nan's recipe this year. Right now it is resting comfortably back in it's tin after a nice bath of brandy. It will be for Christmas night when we return home from seeing the Grands. 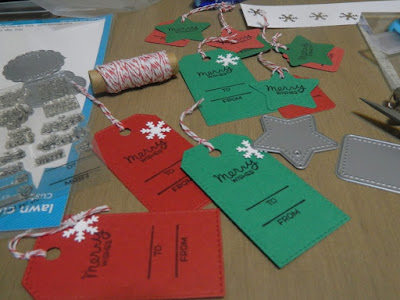 In between baking tasks I also knocked out some gift tags since The Mister couldn't find the ones he bought. He was doing all the wrapping while I was doing the baking. Thank goodness because I am about Christmased out. I did finish the poinsettia mini quilt late last night while watching Mr Magoo's Christmas Carol but that's a tale for another day. Whew...
Posted by Araignee at 12:00 AM