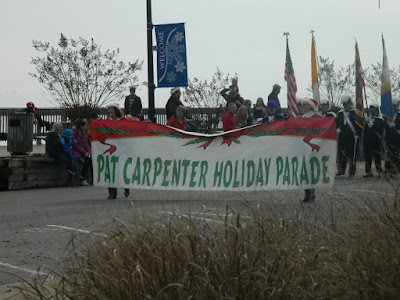 On Saturday we had a choice either to finish the drywall in the bathroom or attend the holiday parade. 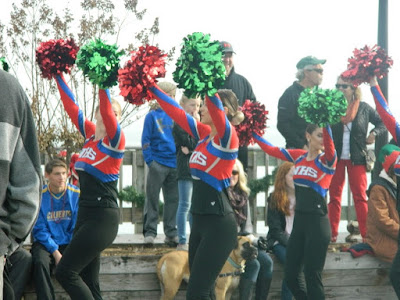 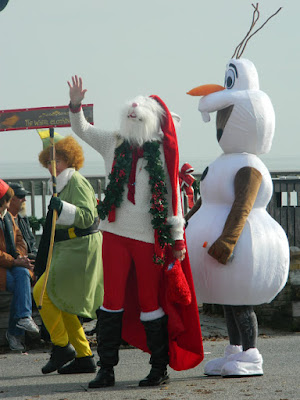 It was three hours of non stop local hilarity. 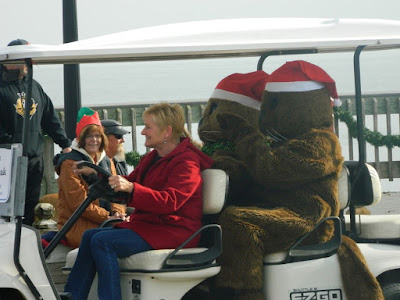 Otters on a golf cart. That's Bubble and Squeak right there. You don't get better than that. 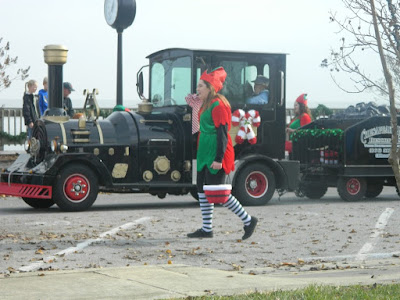 Well maybe you do. The train museum float was pretty awesome. 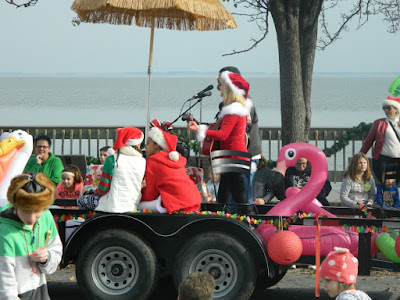 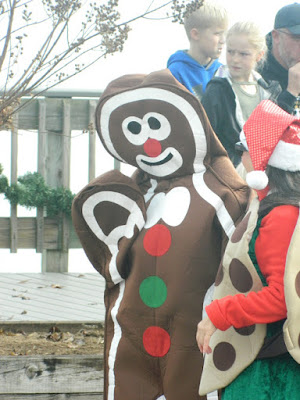 Hi there, Mr. Gingerbread Man! They were all slinging candy. Tons of candy and beads. 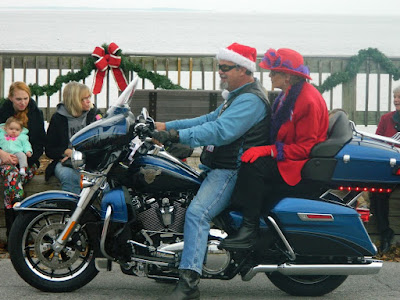 The Red Hat Society rode in on a big herd motorcycles. Those ladies know how to live. 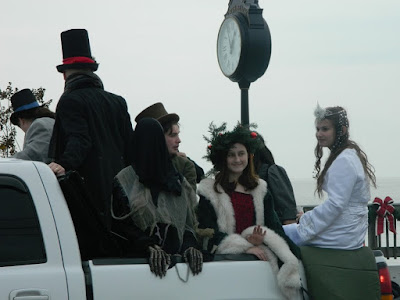 The town players are ready for this year's A Christmas Carol. The Ghost of Christmas Future was pretty scary. 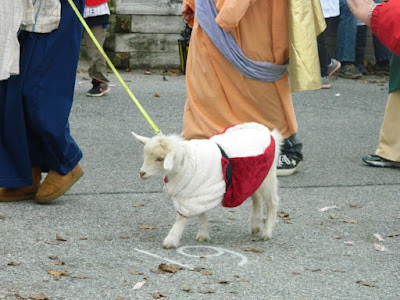 Awwww.....Nigerian Pygmy Goats were walking with some Wise Men. There were several. So cute and sweet. 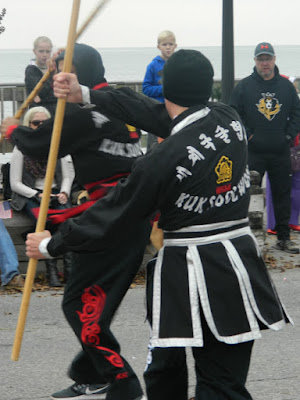 Nothing says Christmas more than some Kung Foo Fighting. 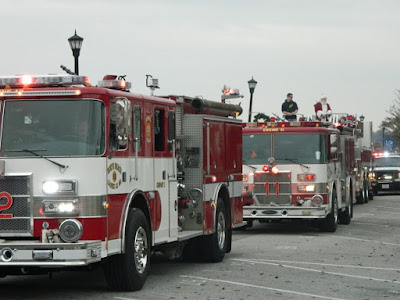 Here he comes.....I am a kid when I see that truck coming. Such memories. He came right up our street on Christmas Eve when I was a kid. 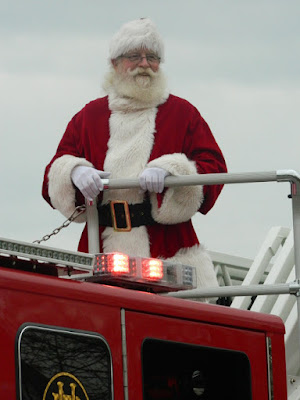 Santa!!!! The kids were lined up around the block, literally, to get a chance to sit on the big guys lap. 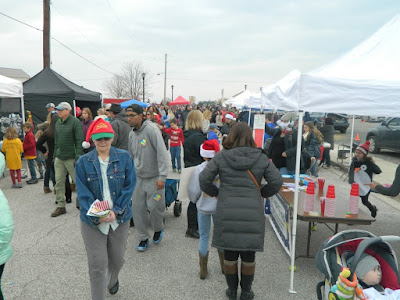 There was also a holiday craft market... 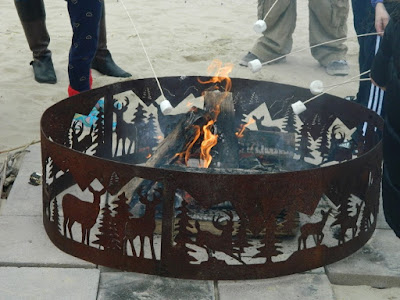 ....and marshmallows for toasting on the beach. 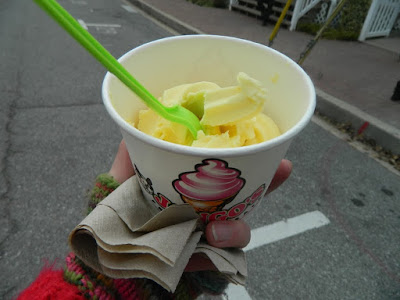 It was cold but I got a pineapple Dole Whip. The little shop just opened and I wanted to support it. I want it to be around this summer when it will be quite the treat on a hot day. I love this stuff. 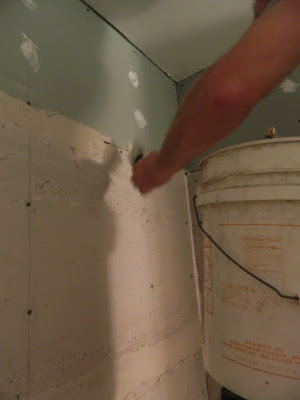 As for that drywall, it can wait. It's December!
Posted by Araignee at 12:00 AM