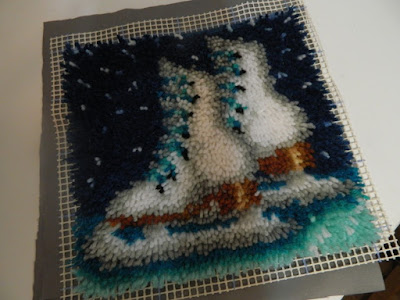 Daughter asked her dad to make her two latch hook pillows using these kits that had skates on them-last year. 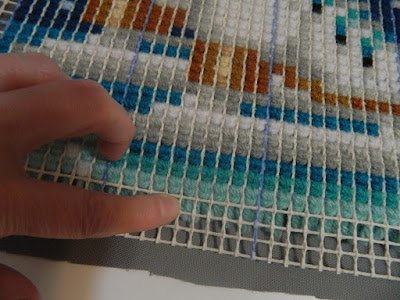 He finished them a long time ago but he put them away and forgot about them until he found them again this week. 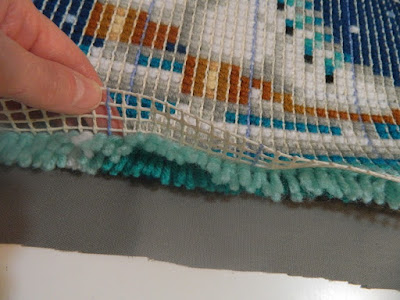 Of course he asked me to figure out how to turn them into pillows. Machine sewing through this thick mesh isn't fun. You also have to creep along while you push the yarn back so you don't catch it in the seam. It's painfully fiddly. 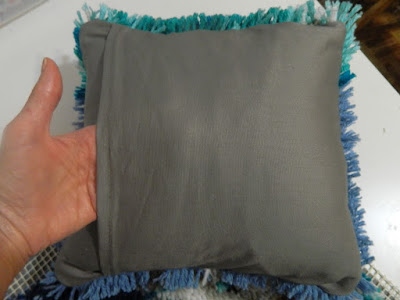 It took me three tries with lots of unpicking to get one finished. I fashioned a wonky and puckery envelope back so I could stuff a 12 inch pillow form stuffed inside. It's not perfect but it's done. That's my new mantra. 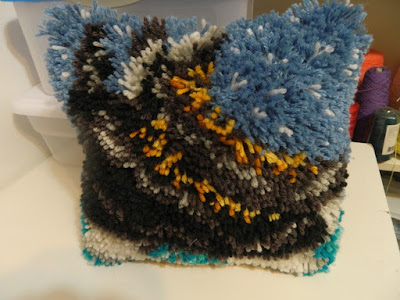 If you squint you can make out some hockey skates.  I had to take a break before I tackled the figure skates. It was quite a job.
Posted by Araignee at 12:00 AM