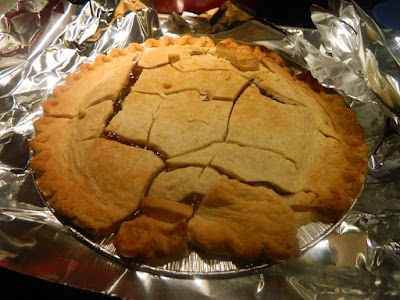 I cried yesterday in the grocery store. Seriously bawled because no one had mince this year. Jarred or even in pie form. NO one had any anywhere and after going from store to store all week I as all done in. As a last ditch effort I went into a Weiss by Daddio's nursing home and found....a frozen mince pie. Hallelujah. Bless you Mrs. Smith. Of course I dropped it in the driveway and broke the crust to smithereens but who cares. I have my mince pie for Christmas breakfast. 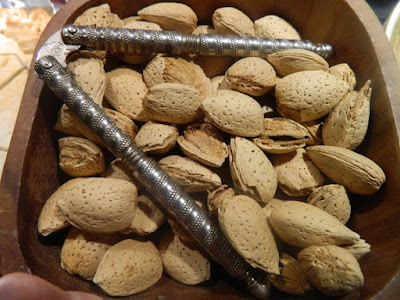 I also couldn't find any mixed nuts for my nut bowl. I had to make do with almonds. Even worse, I came up empty handed with spumoni ice cream-always a holiday staple for me. 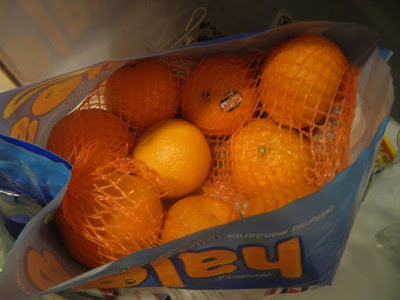 In a last minute switch I had to sub Halos for more traditional tangerines because the darn code on my tangerines wouldn't work in the self checkout. Grrrr....this wasn't my week at all for shopping. Don't even get me started on finding presents for the Grands. That's a long rant in itself. 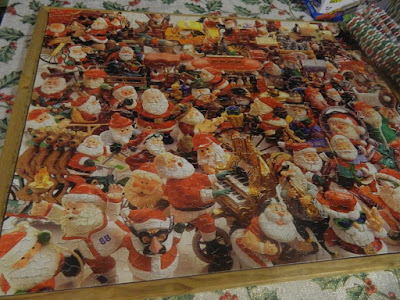 I DID get the Santa puzzle done. It was a perfect pastime for my addled brain. Note to self: do more puzzles. 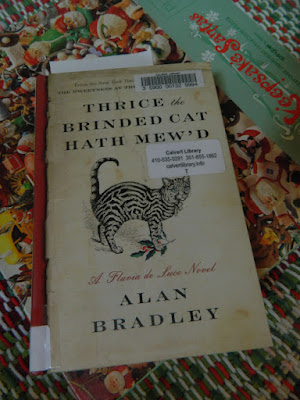 I also couldn't believe my eyes when the latest Flavia De Luce book was still on the shelf at the library. Sweet. I'll be curled up on the couch with this if anyone needs me this weekend. 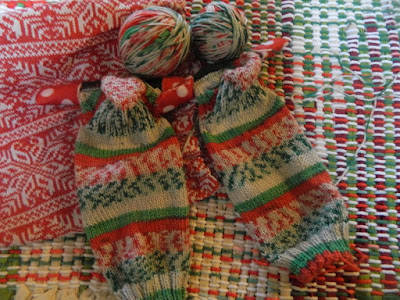 The Christmas socks made it past the heel. Further than I thought given the amount of time I spent bawling in grocery stores this week instead of knitting. 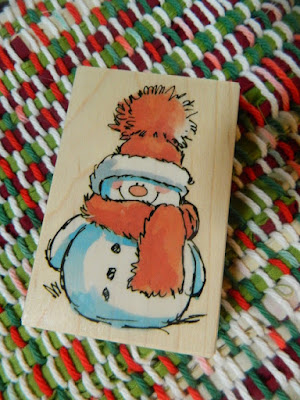 I also treated myself to this adorable snowman stamp after opting out of the January card kit. It featured snowflakes and last January was snowflakes. I need snow folk for next year's cards. 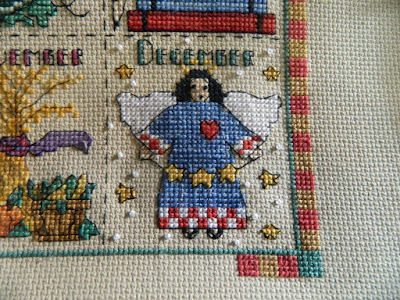 I finished December with time to spare. I decided not to do the red striping on the wings. 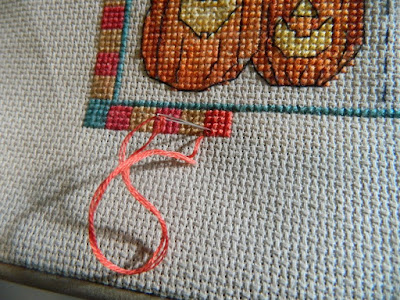 Now to find color matches to finish the border.  Of course the floss from the two extra kits I bought don't match. Of course. 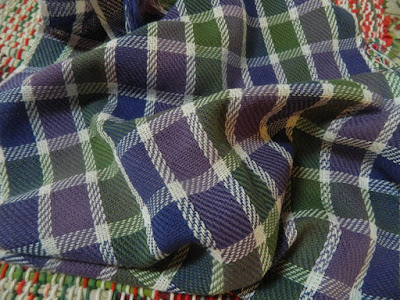 Finally, in a surprise move, I did finish the towel that was living on the loom. It is really beautiful. You can't tell in the photo but it almost has a gradient quality.
Happy holidays everyone!
See you on the other side of Christmas!
Posted by Araignee at 12:00 AM