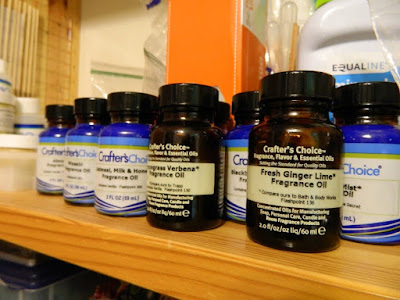 Many of my spring and summer soap scents will be expired by next year so I've been trying to use them up along with lots of my leftover fancy butter and oils. I am expecting a new shipment for fall soap making so I am cleaning house. 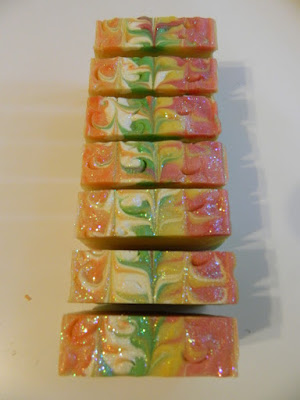 This fragrance, Juicy Pear, was one of my favorites but it had completely faded in the first batch of soap after curing so this time I decided to use the FDA's recommended amount and mix it with kaolin clay for some staying power. Whew. It's strong. It better fade some in the next six weeks or it will end up being a lowly hand soap in the kitchen for sure. 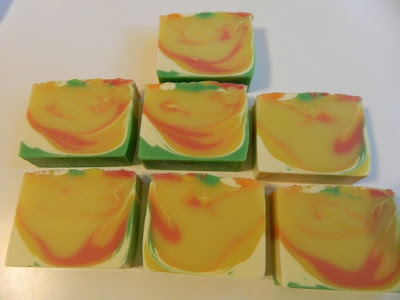 Another issue with it is that it is ugly. I was so fixated on playing with the scent that I just poured it in the mold. When you add a lot of fragrance oil the batter starts acting weird so you don't have a lot of time to play around. Somehow the orange mica that you see on the top completely disappeared. It should have been in the middle of the bar. I've never seen that happen before. Weird. 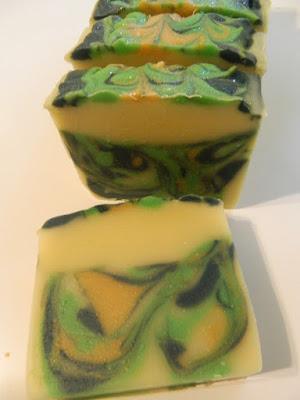 The next day I did the same thing with another favorite scent that had faded. Ginger Lime. Once again I used the FDA recommended percentage of fragrance but this time without mixing it with clay. It's better than the Pear for sure but it is even uglier. Really ugly. Once again I just poured the color in the mold willy nilly hoping for the best and the best sure didn't happen. 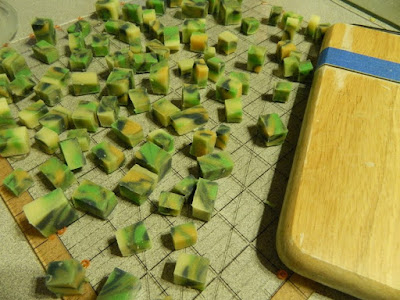 I could have left well enough alone but no. I had to see if I could do better so I cut up the green part of the bars into little cubes and dropped them back in the mold.

I made a lovely creamy white batter and poured it over the cubes. 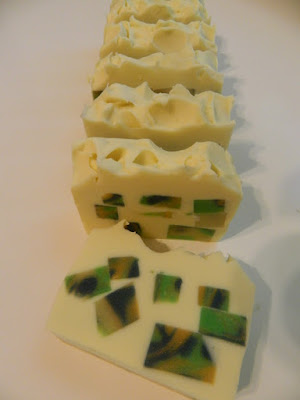 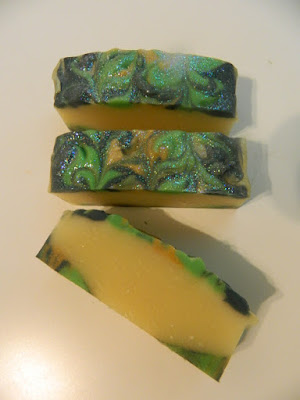 I did save all the soap tops. They will make nice little hand soaps when they are cured. 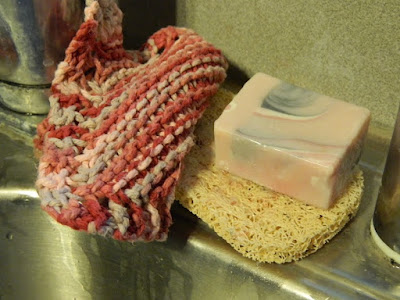 I wash my poor hands about a million times a day thanks to Pup and all the kitties so it's nice to have something special at the sink. I've pretty much abandoned using those little pump bottles and have even been known to use a stray bar for dish washing. Imagine that.

In case there are any dad's out there who sneak a peek at this little knitting blog-Happy Father's Day! I had considered doing a Daddio update but man oh, man, we've had a rocky road lately and some things are just better left unsaid.