Sunday Soap: While the Cat's Away 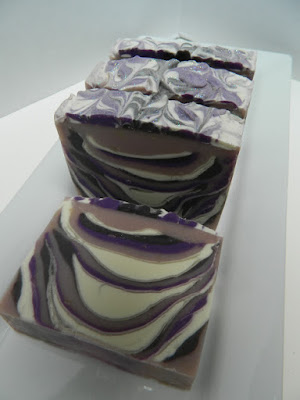 I'm still on my quest to use up all last year's fragrances so while The Mister was out and about I came up with two more re-do's this week. First was a scent that is supposed to smell like grapes, plums and musk. I don't know about that but I like it. It's of my favorites. 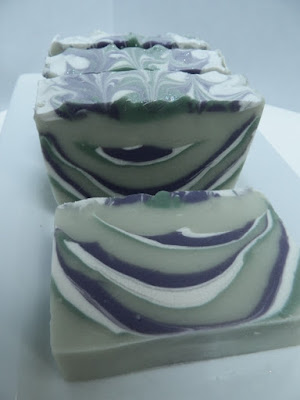 Then there was Flowering Herb which got an extra splash of lavender. I was all about simple stripes this week after I watched a video of someone showing how it's done. Even I couldn't mess this up. 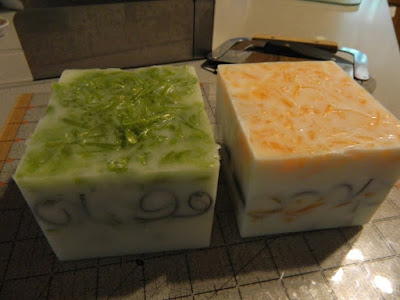 I had intended to make more cold processed soap while The Mister was away at a golf tournament yesterday but I was too zonked from the funeral. I opted to melt and pour some glycerin soap instead. 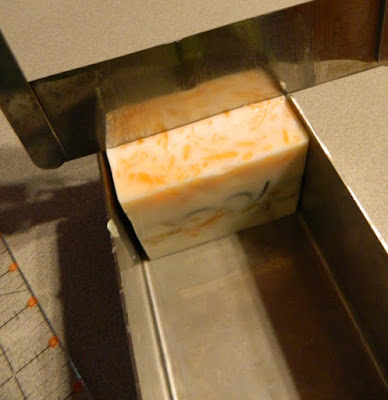 Man I hate cutting this stuff. I can't get it straight to save my life even with a $40 soap cutter. 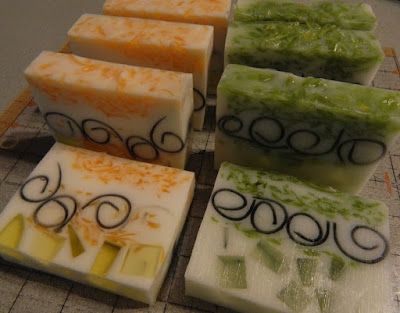 Crooked or not, they're not too bad. These are two new soap bases sold by WSP, my go-to online soap source.  The orange is Americana Citrus and the green is Australian Tea Tree. Both are lovely. I added some kaolin clay and activated charcoal to the white bases which are coconut milk for the orange and goat's milk for the green. 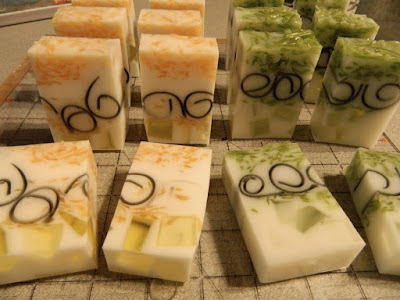 As pretty as they are as whole bars, no one needs that big a hunk of soap for their face. It will go all peculiar before you have a chance to use it up so I cut them in half. 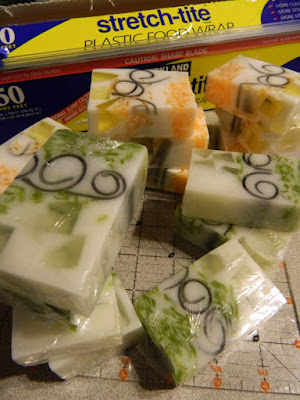 The really big chore is wrapping it all in plastic. In the summer, glycerin will attract moisture from the air resulting in dew drops on the surface. It's not a bad thing, in fact it's a good thing but it doesn't make for a very pretty package. Speaking of packages, now they all still have to be slipped into bags and labeled-but that's a job for another day.
Posted by Araignee at 12:00 AM