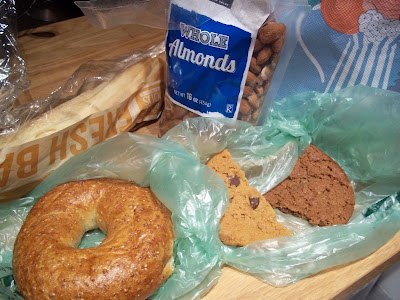 Daughter and her hubby went on a canoe camping trip this past weekend and I was once again conscripted to watch the fur babies in their absence. 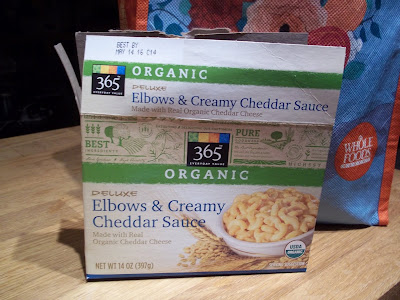 I think I have mentioned the fact that they now live over top a Whole Foods. Yeah, baby. This proved to be my undoing, however. When you are just an elevator ride away from all kinds of mischief, temptation takes over. I ate things I would never eat at home. I know they have plenty of healthy green things to eat but I went right for the carbs. I downed a baguette, a bag of pita chips, TWO giant vegan cookies and an entire box of this very naughty mac and cheese. 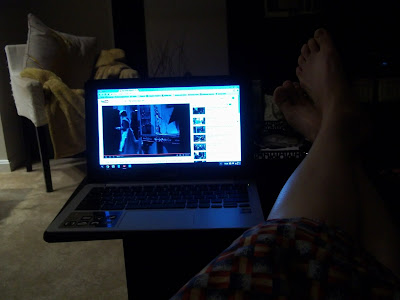 I figure I ate an entire weekend's worth of calories sitting on my behind binge watching the 1967 edition of The Forsyte Saga someone posted on You Tube. This was the 60's version of Downtown Abbey. I loved it as a kid and raced home from school to catch it on PBS. I pretty much stayed up all night catching up on the shenanigans of that crazy Forsyte clan. 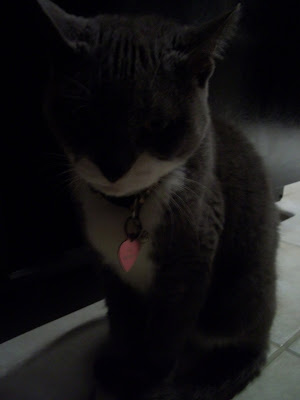 So did her kitties who thought I was nuts. Speaking of nuts, I pretty much ate an entire bag of organic almonds, too. I didn't knit or spin a thing. I just munched the entire weekend away.
Posted by Araignee at 12:00 AM