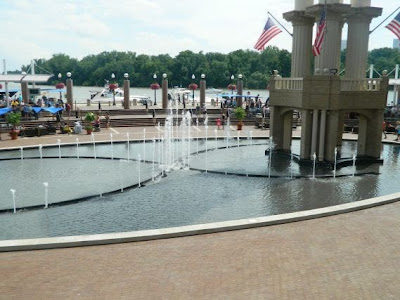 The Mister and I got married on Bastille Day so we thought we would go celebrate in a familiar spot. This is where I worked last winter. It was an ice rink but now it is a fountain. 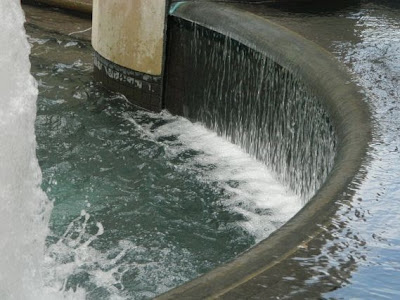 Where everything used to be frozen, there was running water. Everywhere. 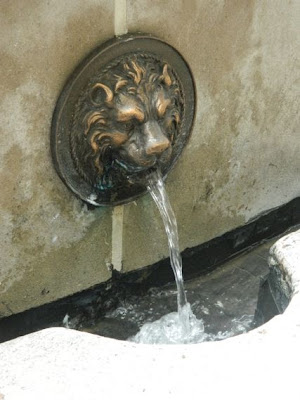 I never even saw this guy last winter. 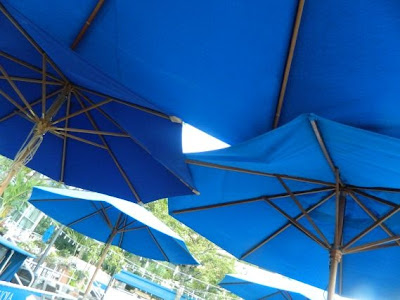 We had dinner on the terrace of the Sequoia. 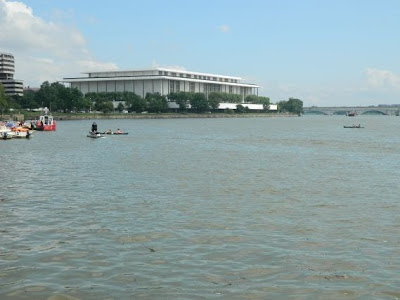 This was our view. That is the Kennedy Center overlooking the Potomac. 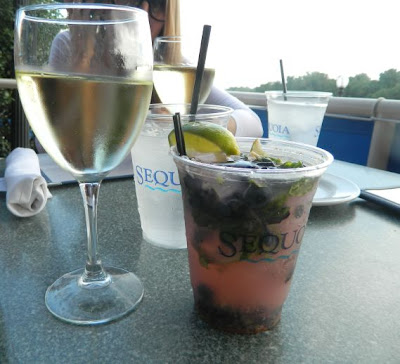 I had a Riesling. He had a blueberry mojito. 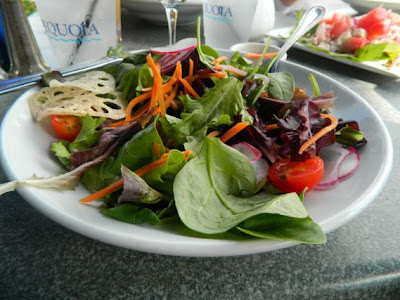 I had a salad-make that two. The watermelon salad in the background was to die for. 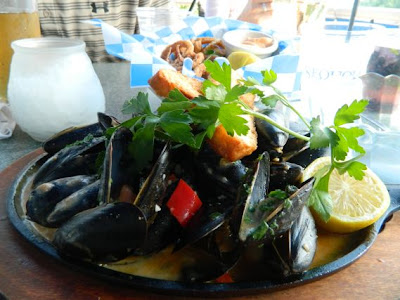 He had mussels and calamari. 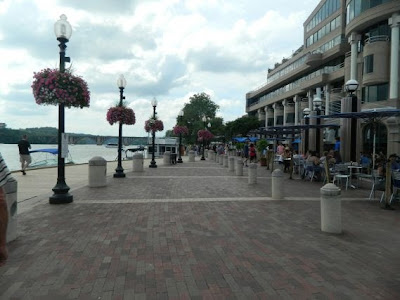 We had a stroll on the new boardwalk. 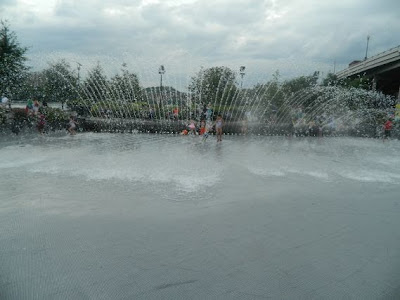 There was a giant sprinkler for the kids.... 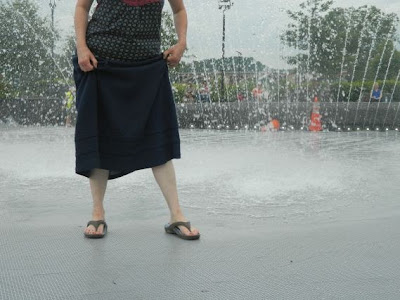 ...and me. Dang, I look fluffy in this photo. Diet starts tomorrow. Seriously. And exercise. Really. I mean it. 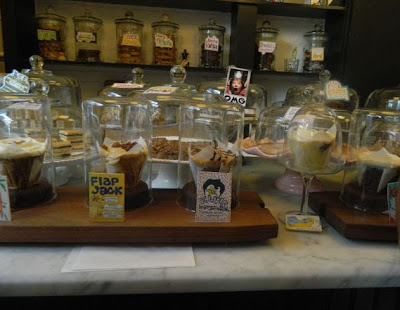 Dessert was at a coffee bar/bakery off M street called Baked and Wired. I had a simple biscotti. The Mister had a cupcake. 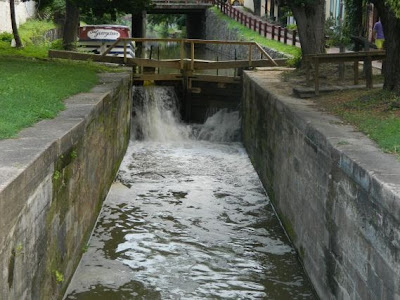 We strolled back to the car taking in the sights of Georgetown. We have never seen so much water in the canal. I suppose all that rain we have been having has to go somewhere. 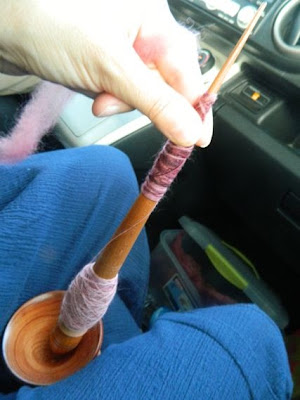 I spun to and fro trying to make my Tour de Fleece daily quota but support spindles and cars are not a happy combination. No matter. Today's stage is going to be a long one so I'll have plenty of time to catch up.

Happy Bastille Day to all my French friends!