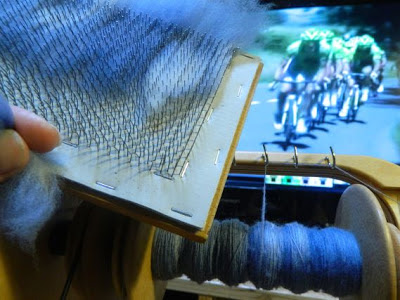 There's been a lot of this going on every morning for the past week or so. 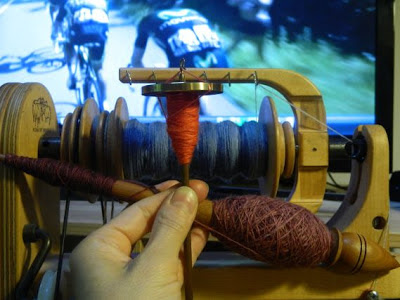 I spend as much time artfully posing the day's progress for photos as I do spinning. I spend even more time oogling all the amazing projects that are posted in the Tour de Fleece groups over on Ravelry each day. They have a feature where you can watch the photos stream by as they are posted and it is hypnotic. 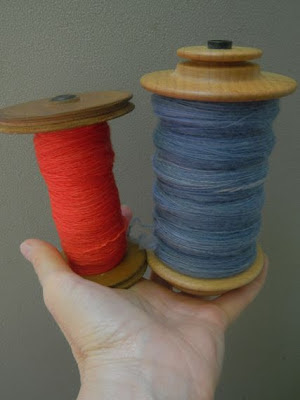 As for me, I have one bobbin of the blue Merino locks finished and about a half of another on the wheel. I also have a bit of the spindle spun orange Merino completed and wound onto a bobbin for plying. Don't be too impressed with this as I started filling this bobbin back in May. 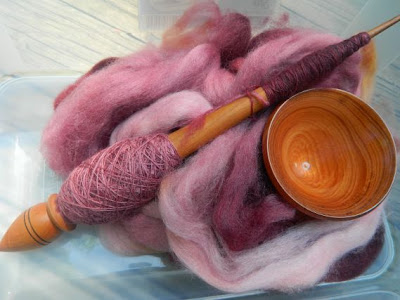 I've also got this much done on the Russian spindle and I still can't say enough how much I love this thing. It is going to live permanently on the coffee table from now on so I won't be forgetting about it once the Tour is over. 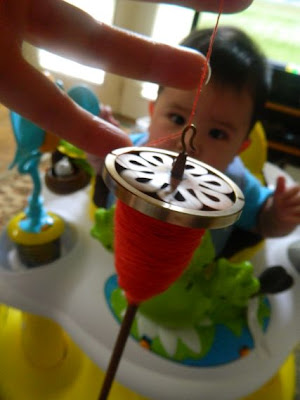 I also have a new little helper. Grandson's nanny had her appendix taken out over the weekend so I am filling in. He thinks this new toy is hilarious. Of course it might also be the crazy spinning song I sing to keep him interested. If you want to hear it and don't mind it getting stuck in your head, you can find it as the opening theme to the Yarnspinners Tales Podcast.
Posted by Araignee at 12:00 AM