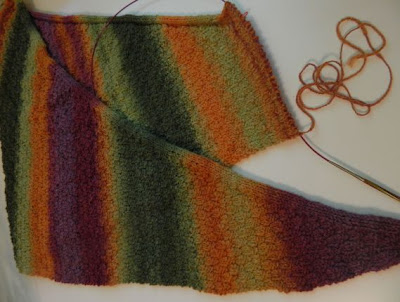 I was knitting away happily on the little Sideways Surprise in the Vegetable Medley colorway from Into the Whirled, when-dum de dum dum...I ran out of yarn. 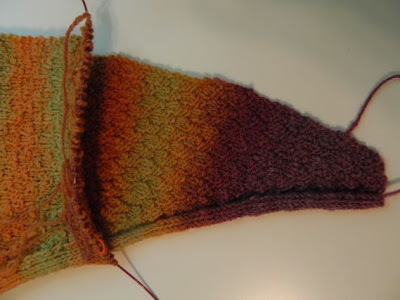 I didn't see that coming. I thought I had weighed it out correctly. I had even gone back and frogged some at the peak of the point to make sure I wouldn't run out but I did anyway. Didn't I just do this with my handspun Shaelyn? You'd think I'd learn. 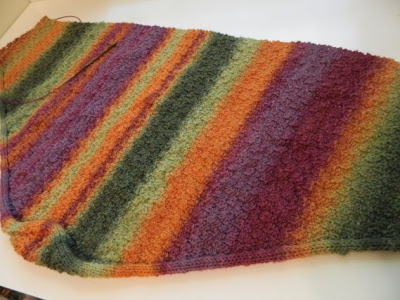 Looking at those colors, I thought I might be able to avoid frogging and reknitting if I could find matching fiber in my stash. 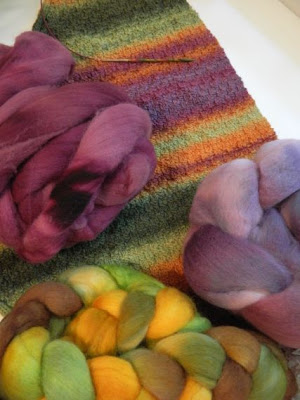 I started pulling out roving but nothing was really working. If  the color was right, the texture was not. 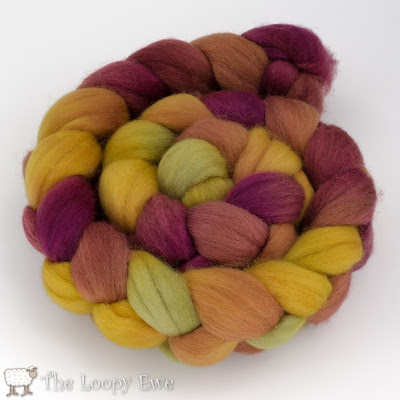 I even went on an internet search for another few ounces of the original fiber but all I could come up with was this similar roving from the same dyer that was sold by The Loopy Ewe. When it gets here I am going to see if I can match parts of it but I am not hopeful. The worst case scenario is that I have to frog back past the peak and re-knit the thing smaller. The best case scenario is that frogging will actually give me a smaller and better sized neck thingy AND I will still have another beautiful Into the Whirled Polwarth braid in the Just Figs colorway to spin.
Posted by Araignee at 12:00 AM