To Dye or Not to Dye? 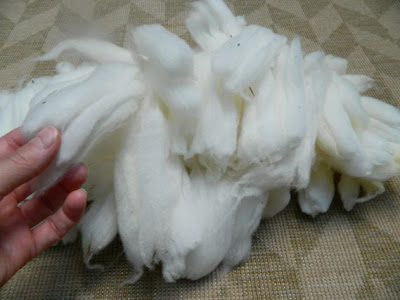 I had a huge dilemma. I had a big pile of these pretty white Merino locks for this year's Tour de Fleece (in 7 days!) and I wanted to dye them before combing. The problem was that I couldn't figure out what color I wanted them to be. They are destined for a sweater, for me. I wear black almost all the time but I have a problem dyeing wool a color that wool naturally comes in. It just seems silly to do that. I could just spin them white (easier on the eyes) and dye them later but I don't have a lot of faith in my dyeing abilities. I am better at dyeing locks than dyeing whole skeins because whole skeins can be ruined in an instant. Don't ask me how I know this. 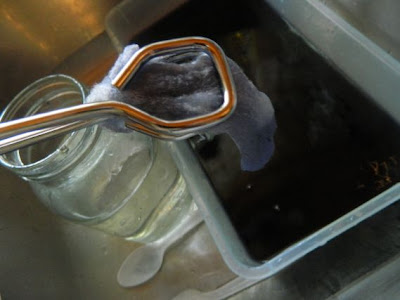 I finally decided that what I wanted was a bluish gray. I have something called Gun Metal in a Jacquard dye so I gave it a try. 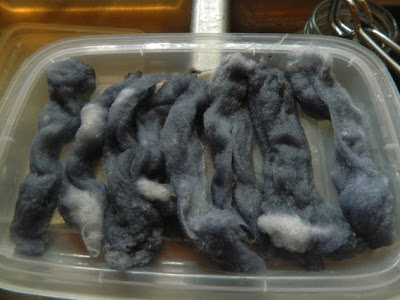 I dipped and dyed for hours and I have the blue fingers prove it. 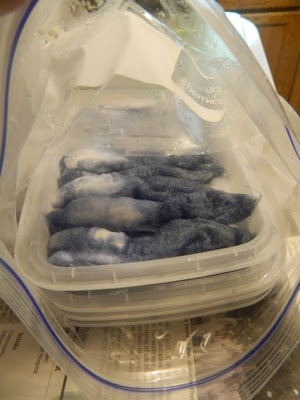 After a very little time in the microwave I had permanently blueish locks. 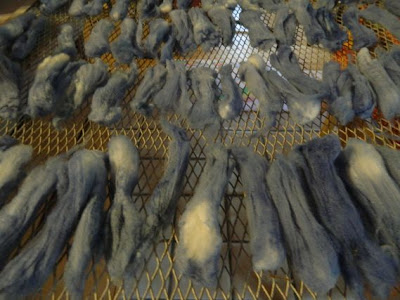 What I didn't have is as much variation in the blue as I wanted so tomorrow I'll be back at the dyepot-with a little more dye.