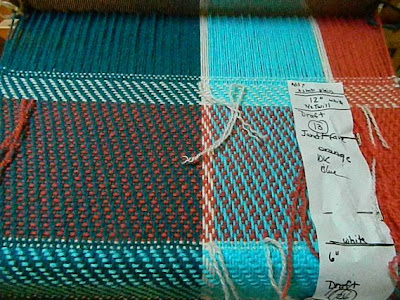 I have come to the end of my Craftsy Class. This is the last of my third pillow cover. 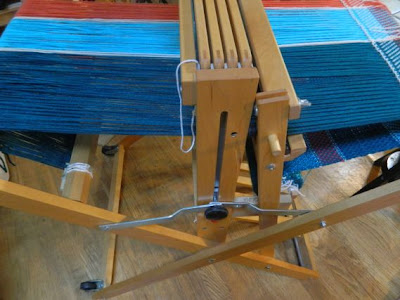 It sat on the loom for a few days because The Mister was giving me so much grief about how much yarn was still left on the loom. It didn't make sense to him that I could be done. 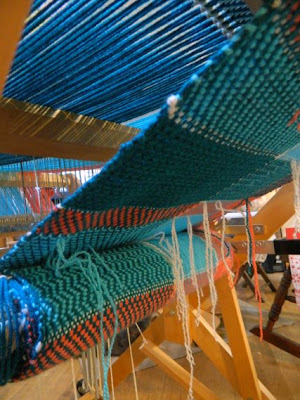 Underneath you could see how much I had finished already so he finally understood that in spite of all that leftover yarn, I was DONE. 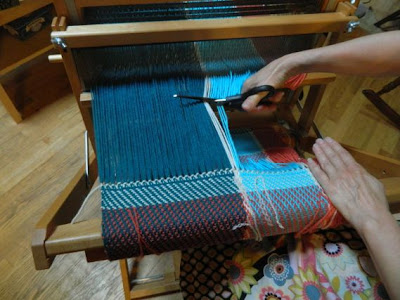 It was time to cut it off. I was nervous. 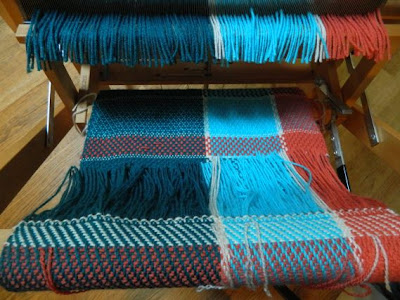 Ouch. It was like giving your baby its first haircut complete with wonky bangs. 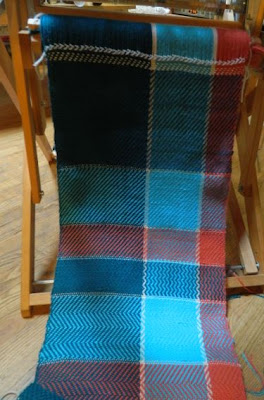 Goodness. Did I make all that? 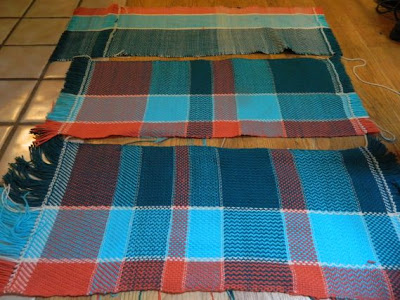 I guess I did. It all went by pretty fast. 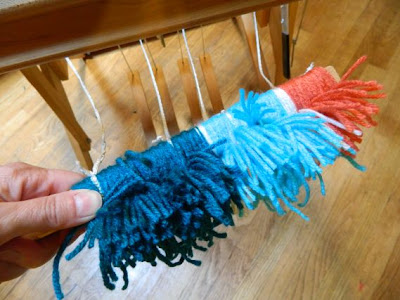 I was completely giddy with joy when I realized I didn't have to untie all those knots like you do on the rigid heddle loom. I just slid them off and into the trash. 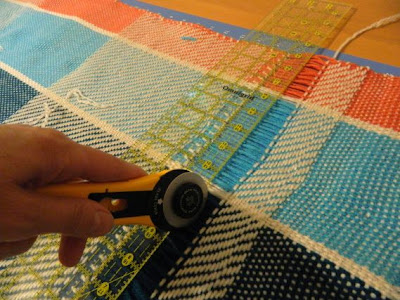 Following the class instructions, I evened up the fringe using my quilting tools. 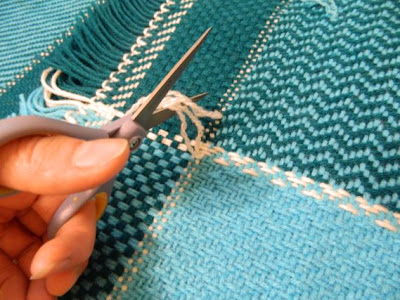 Then I snipped those loose ends from the joins. I didn't cut them off just yet. That comes after the wet finishing. Since I used acrylic, I realize that finishing isn't going to work miracles with this fabric like it would have with wool. 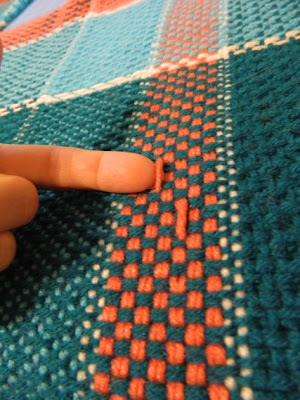 Close inspection revealed lots of boo boos, especially on the underside of the fabric. That's kind of scary. I thought I was being so careful. I am going to have to pay more attention "down under" with the next project but other than climbing under the loom every inch or so, I am not sure how that is supposed to happen. Any ideas? 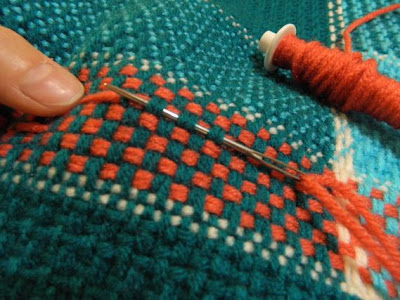 We did get a lesson on fixing those boo boos and with some patterns it was a smashing success. If you can follow the line of weaving with a needle, it works. If you can't, it doesn't. Don't ask me how I know this. 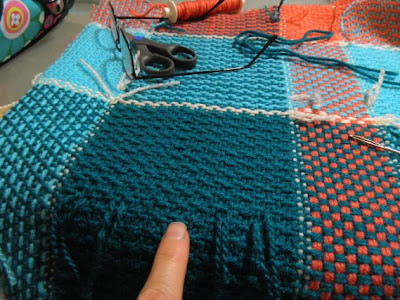 I had an interesting time repairing a goof in the warp here. It took a few tries but it turned out semi-ok. 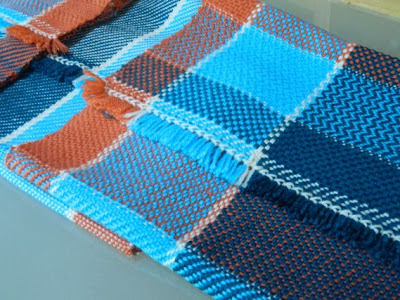 Lucky for me these three pieces of material will be sewn together to make pillows so I don't have to worry about every single mistake on the inside. Now I have to figure out what my next project will be. Since I have completely forgotten everything I learned about warping, it's back to Craftsy to repeat lesson number one. Thank goodness you get to access those videos forever. I am going to need them.