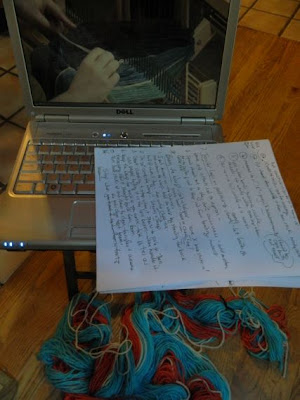 I am still working my way through my Craftsy class. I am up to the part where the yarn now has to go onto the actual loom. Gulp. In theory, I understand everything that is going on but in practice, it is not going too smoothly. 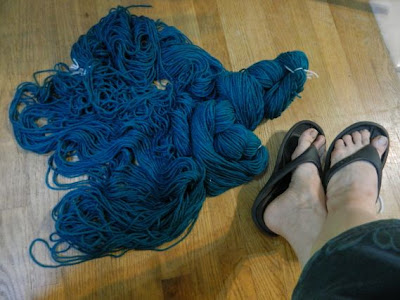 That giant pile of yarn is what happened to the second half of the warp. I must have done the cross wrong because it wouldn't line up in the raddle right at all. 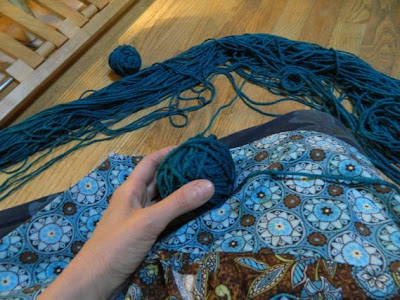 I sat on the floor and unwound that warp for three blessed hours. Dr Who and Ugly Betty reruns on Netflix helped but I still have back spasms as a grim reminder. 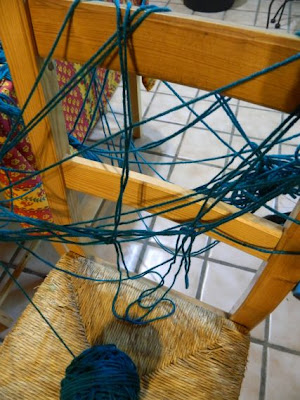 As I neared the end, I found using the chairs to turn it into a giant spider web made things go faster. I should mention that since the warp was wound double, I had two balls to wind at the same time. 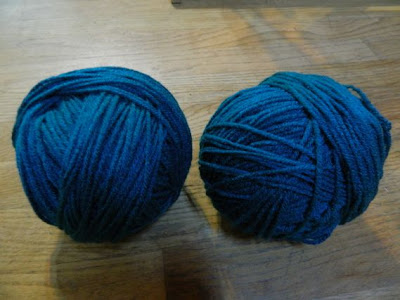 The Mister kept telling me to just throw the cheap yarn in the trash and buy more but it was a challenge I couldn't resist. He was really just saying that because he wanted dinner and I wasn't fixing a thing until I was finished. I had it done by 6 and rewound it on the warping board with his help-this time paying very close attention to how that dang cross thing works. 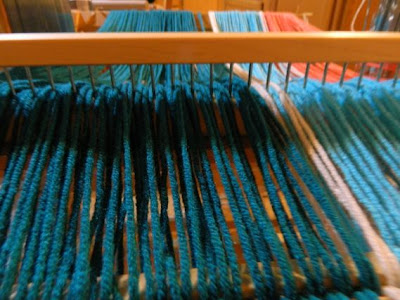 He also helped me figure out how to get it into the raddle right and wanted me to start to wind it on but I was too tired. I think he's hooked. I will be fighting him for loom time soon.
Posted by Araignee at 12:00 AM