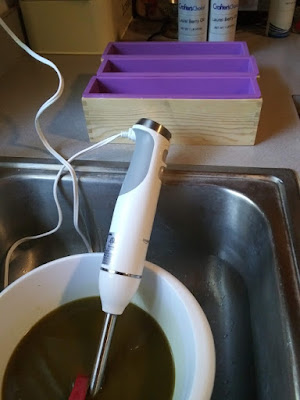 As soon as The Mister walked out the door to do battle with poison ivy at his sister's house yesterday morning I knew it wasn't going to be the couch potato day I had hoped for. I needed to make soap and now I had a chance to do it in the kitchen where it's the easiest to do as long as there are no interruptions. 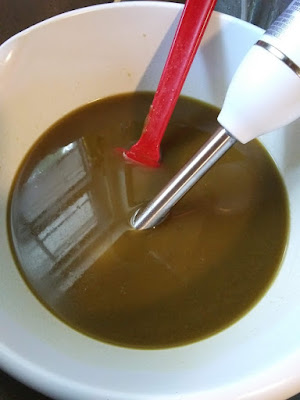 I had that very expensive bottle of laurel berry oil that I needed to get made into some Aleppo soap because it's the one that has to sit for a year before you can use it. 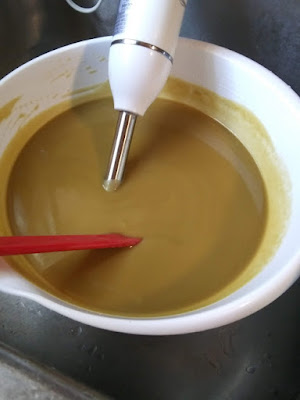 It's dark and thick. It smells like burnt fruit. It's pretty terrible stuff but I love the soap it makes so I made a very big batch. 84 ounces to be exact. I wanted to use all of that fancy oil up. 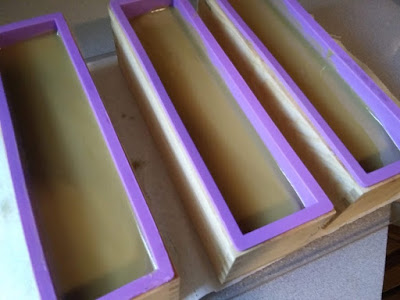 Since the recipe only calls for laurel berry oil and olive oil it doesn't set up like regular soap. You can't do anything fancy with it and it takes a long time to get thick enough to move those molds around without spilling it everywhere. 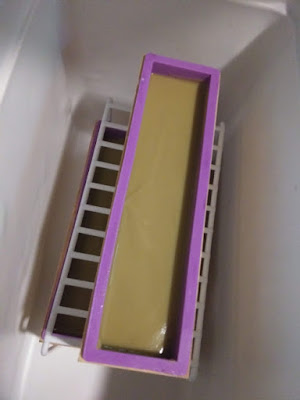 When I could move them I was very happy to find that all three of my smaller molds fit in my little cooler/incubator just fine. Usually my house smells wonderful after a soap making session but not this time. It's a soap only a soap maker could love.