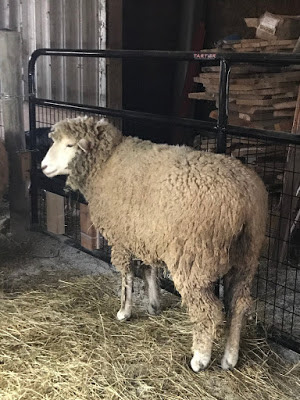 Remember Cari? She's the only unwashed fleece I still have in the shed. 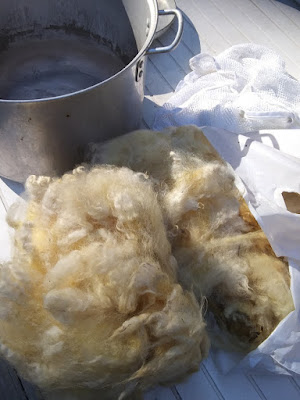 She was unwashed until yesterday. I had to clip and bathe Pup so I took Cari down to the lower level tub and when Pup was done I gave her a good wash too. 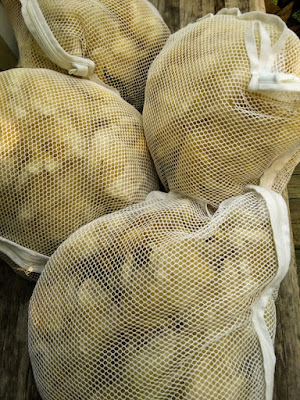 I bagged her up instead of separating locks. She's a Corriedale and she can take a good scrub. 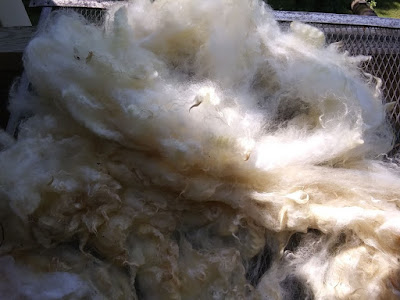 It was sunny and hot so she dried in a flash out on the deck. She was pretty clean and pretty fluffy but there was a lot of yellowing which was probably my fault for not washing her sooner. 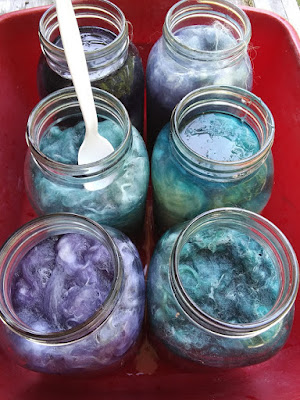 I took those yellow bits and stuffed them into some green and blue dye and left them in the sun to do their thing. Someday I'll card it with the rest of the white and see what happens. What will most likely happen is that I'll have yet another box or basket of fiber that needs to be spun someday in a future far, far away-if ever.